Earlier today it was reported that the Asset management corporation of Nigeria had taken over the companies of common sense senator, Ben Murray Bruce.

Pictures have since then peppered the Internet showing signs that the Silverbird galleria had indeed been taken over by AMCON.

The Senator has taken to Twitter to state that he had been away but was back now to resolve the issue.

He noted that tough times never Last but tough people do.

You can read his tweets below. 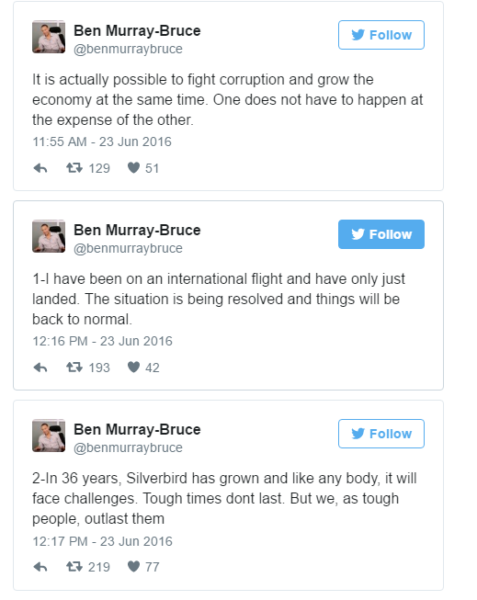