Speaking about his new contract, Ebuehi said: “It is a feeling of great happiness to be able to be here in a club of this dimension. It is a dream come true, a great step that I take in my young career.

“Benfica is a great club with excellent conditions. It is known all over the world. The fact that I was always on the big stage was very appealing to me.

“I also know that in recent years the club has been a champion and has a tradition in Europe. It’s a great club, from me, fans can expect hard work. I want to help the team fight for their goals.

“I hope I can play at the World Cup. It is the dream of any player. I hope to be in Russia.” 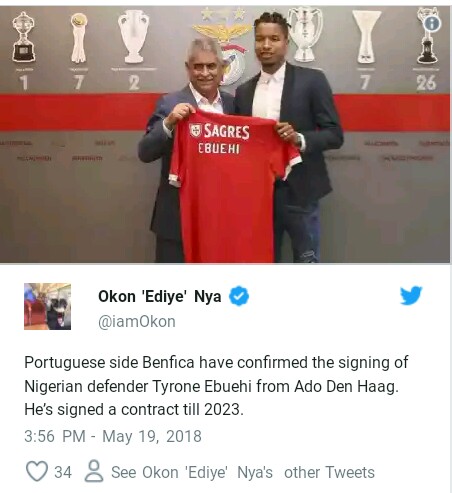 His contract with Benfica will expire in 2023.