Beyonce and Jay-Z held hands as they strolled the streets of Havana, Cuba, where they are celebrating five years of wedded bliss.

The R’n’B power couple enjoyed taking in the sights of Cuba’s capital for the anniversary that marks five years since their New York wedding on 4 April 2008.

Glamorously dressed in a yellow patterned outfit, matching sunglasses and statement earrings, Beyonce and her husband went for a traditional creole lunch of fish, black beans, chicken and rice. Jay-Z also entered into the spirit of the couple’s location by smoking several Cuban cigars throughout the day.

Jay-Z, 43, sported grey shorts and a turquoise polo shirt accesorised with sunglasses and a hat.

Police were called to control the crowds of fans who turned out to catch a glimpse of the famous couple and the couple’s bodyguard also protected Beyonce and her husband, who were happy to pose for several photos with some of their young supporters.

Beyonce’s romantic holiday with Jay-Z comes just before the Crazy in Love singer embarks on her global tour. The Mrs. Carter Show world tour will see superstar Beyonce perform her best hits over 64 shows, starting on 15 April with a concert in Serbia. 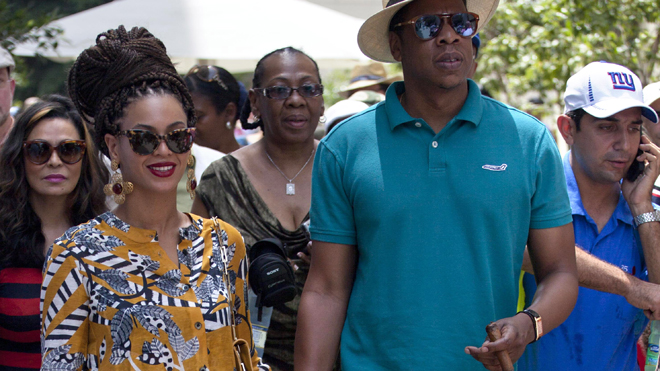 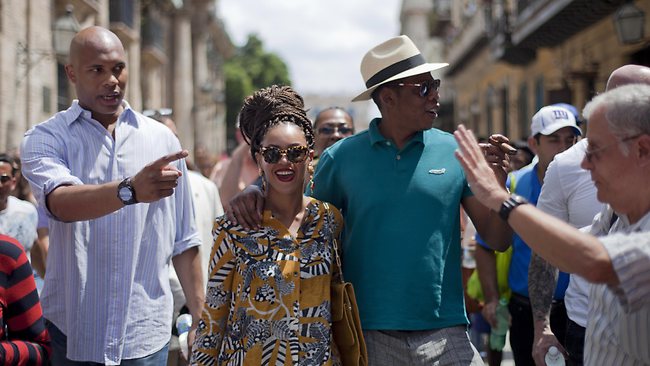 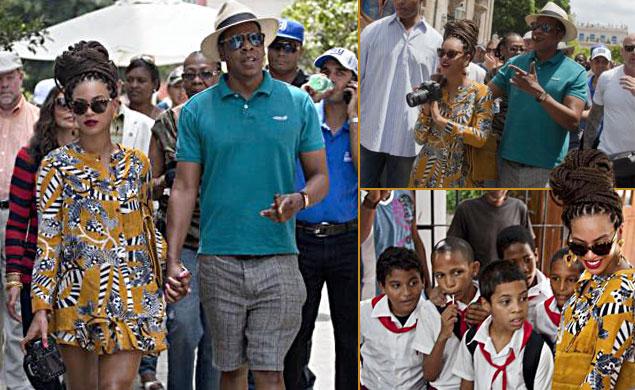