Science TV series star, Jim Parsons, who has successfully won the hearts of movie lovers with his role as ‘Sheldon Cooper’ in ‘Big Bang Theory‘ series has finally walked down the aisle with his lover of 14 years, Todd Spiewak.

The couple held their wedding at the Rainbow Room at the Rockefeller Plaza, New York.

Recall that the actor had in 2012 revealed his sexual orientation in his 2012 profile for the New York Times and further revealed his 10 year old relationship.

Jim Parsons following the quiet revelation made an appearance on Ellen Degeneres’ Show where he revealed that he was not in a hurry to get married.

He told Helen: “I don’t know!,” when he was asked by the talk show host on when he would tie the knot.

See photos from the wedding of the highest paid actor on TV below: 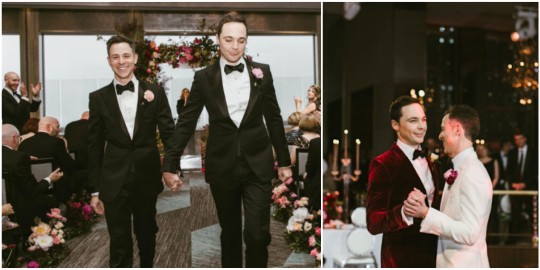 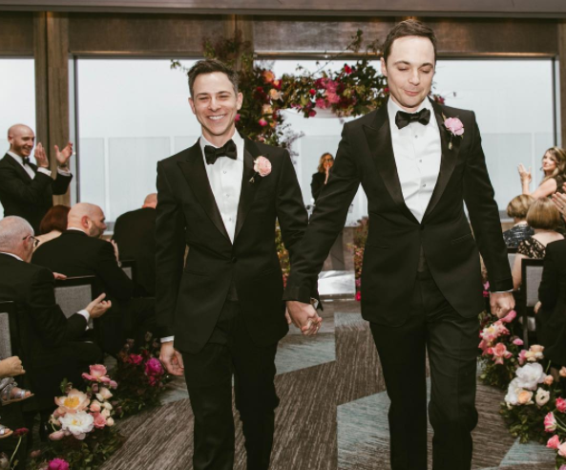 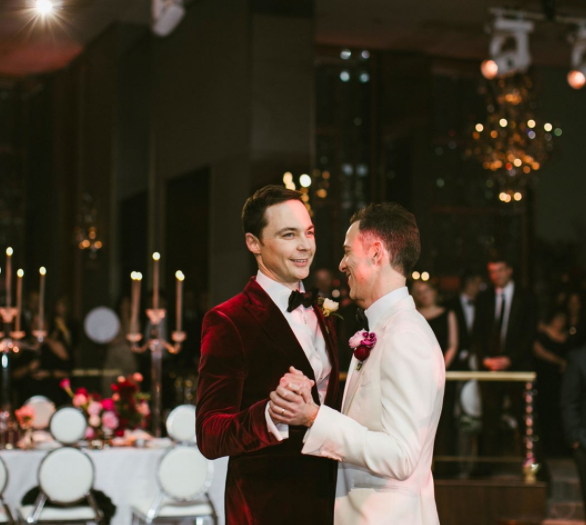 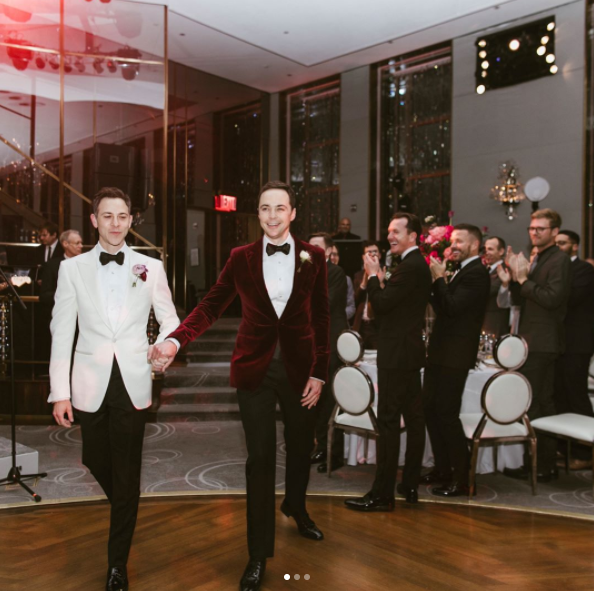 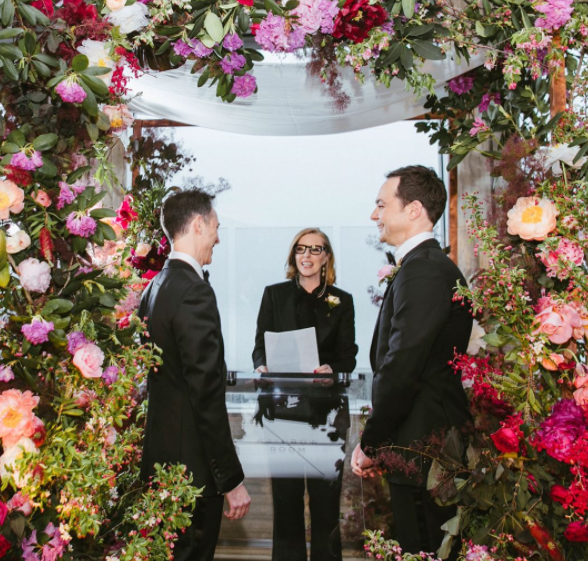