Alimi was the first Nigerian gay man to appear on Nigerian television as a guest on Funmi Iyanda’s show, New Dawn with Funmi, a talk show on NTA.

He was also diagnosed with HIV, and on the show, he confirmed his sexuality as a homosexual and asked for social acceptance from the public.

Alimi’s decision to come out from hiding generated a lot of admiration on one end and death threats on the other.

Consequently, he was disowned by family and close friends.

Bisi and Anthony’s wedding took place on Saturday in London, and was attended by friends and family. 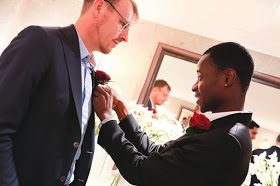 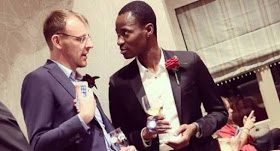