After just 24 hours for the release of the teaser trailer of Marvels new film, Black Panther, the media backlash has already started.

The powerful trailer featured actors Chadwick Boseman, Michael B. Jordan, Lupita Nyong’o, and Angela Bassett in a very strongly themed Marvel superhero movie that wove the storyline around the Fictitious Wakandan leader and ruler, T’Challa who also doubles as the Black Panther.

Following the release of the poster and teaser trailer yesterday, critics are claiming the new poster resembles Social Activist and Co-Founder of The Black Panther Party, Huey P. Newton, who was seen as ‘too militant’ in the 1960’s. 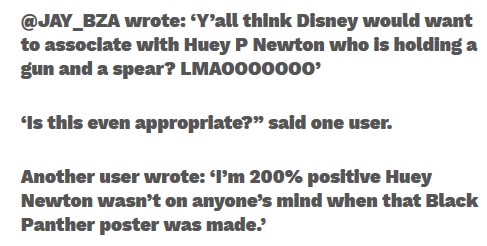 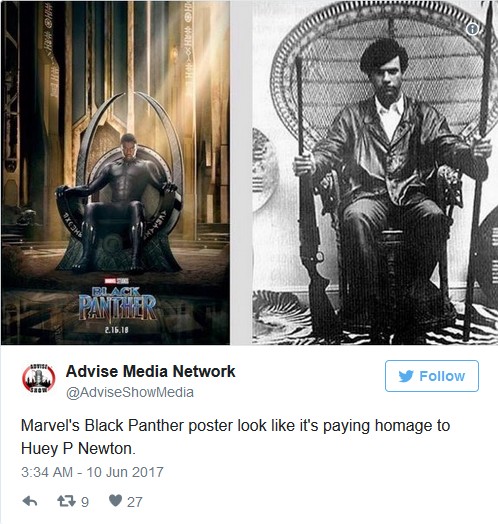 Some movie fans however did give it positive feedback including celebrities, calling it ‘brilliant’. even if Marvels intent was to recreate the powerful Huey photo. 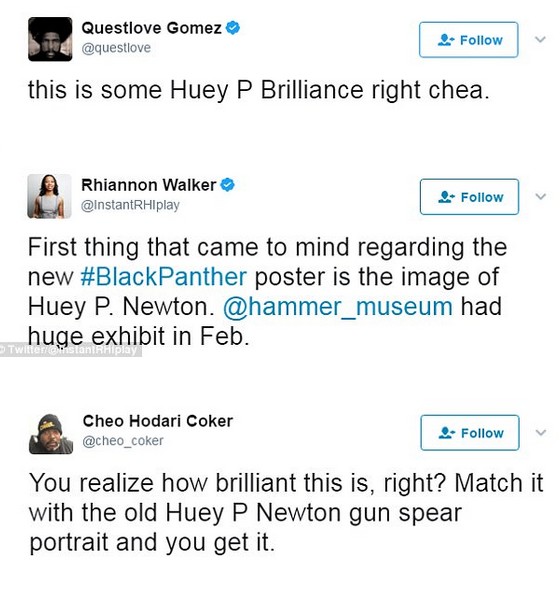 N200m houses, $170k wristwatch: A Glimpse Into The Lavish Life Of The Billionaire Kidnapper, Evans