The killing of a woman in Kano over statements she made that were alleged by some youths as being blasphemous has stirred up a conversation about religion and whether blasphemy is punishable by death.

The woman known as Madam Bridget was killed by a mob in Kano after she was accused of making blasphemous statements even though as yet the exact nature of her words remain unknown.

The killing has been condemned in almost all quarters but according to some posts on social media by some Facebook users, it seems some people were actually in support of the killing.

The series of photos posted by a group on Facebook, depict various predominantly Northern users backing the move of the Kano youths and even admitting disappointment at Governor Ganduje of Kano state who had earlier condemned the killings.

You can see the messages below. 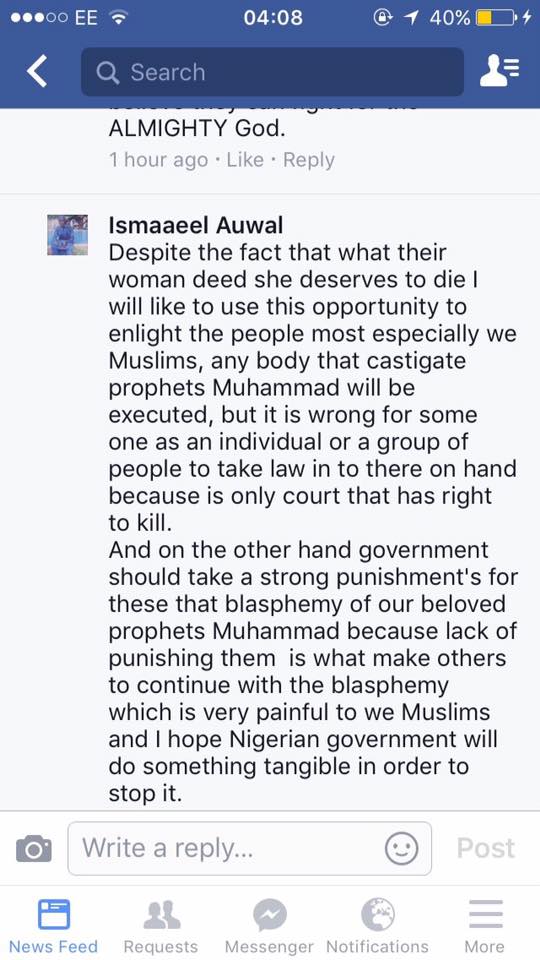 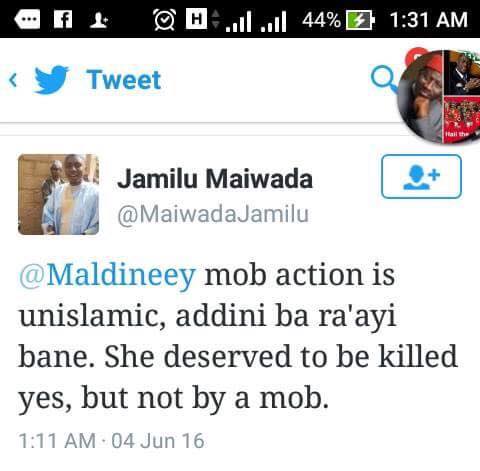 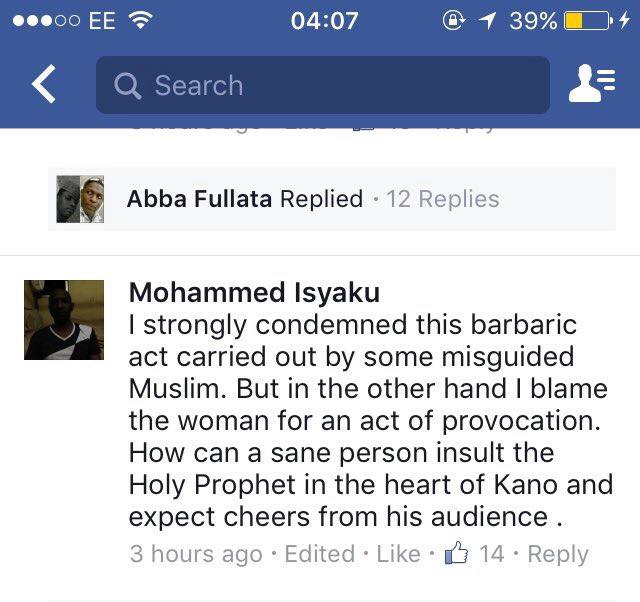 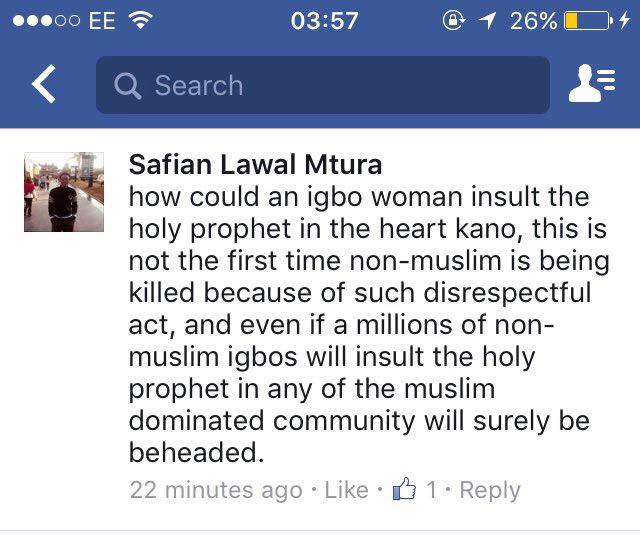 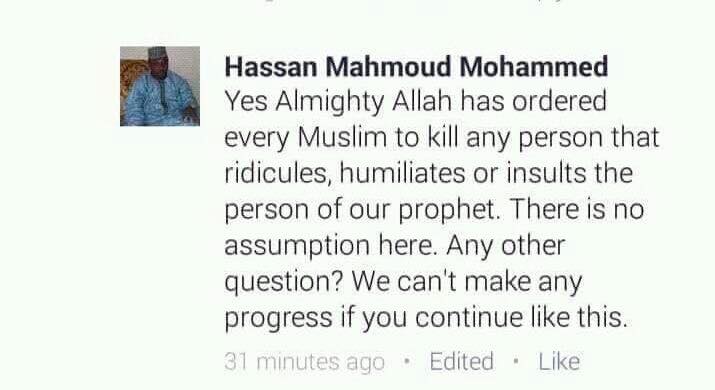 “Whoever will lead Nigeria to destruction or more suffering will never…