Nigerian Internet celebrity and enterpreneur, Bobrisky, who is well known for his controversial cross-dressing and use of social media platform; Snapchat has allegedly had a run-in with controversial rapper and self-acclaimed rival of Vic-O, Speedy Darlington on Instagram earlier today.

In what could be interpreted as a subtle shade of hilarious proportions, the rapper had initially voiced his disagreement in a reply to Bobrisky’s post that he was prettier than 70 percent of Nigerian women, prompting the self-acclaimed Snapchat King to retort with a threat of ignoring all his DMs.

See the post and the conversation between them both below, 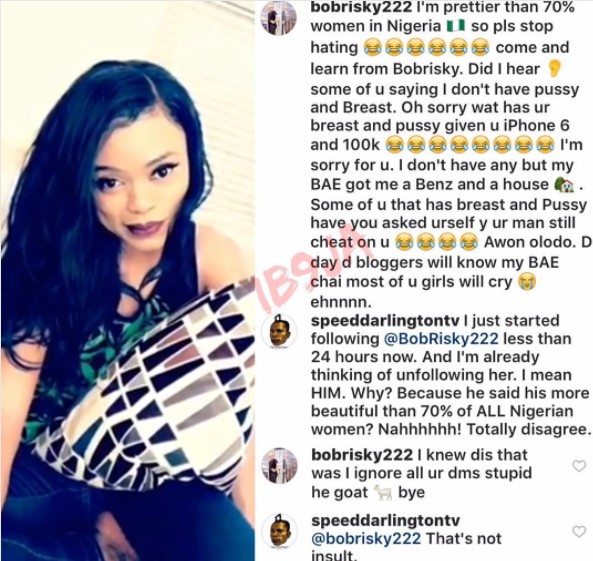