The federal controlling body for movies in Nigeria, National Film and Video Censors board has begun to look into a movie produced by Nigerian crossdresser, Bobrisky, as it may contravene the conditions for granting licenses to movies in the country.

The movie explores Bobrisky’s transitioning from being a man to a woman, and has received a lot of attention since he announced its production.

Titled “Bobrisky in Love”, the male crossdresser happens to be the central character and acts as a young man who had the name Cherechi before traveling out of the country, but returned as Cherry B, after he had a sexual realignment surgery and became a lady – much to the dismay of his former lover and family members.

Revealing why some officials have been assigned to review the movie and determine whether it can be licensed, an officer with the Video Licensing Board stated that there were some laid down rules governing the sort of content that can be allowed to be consumed by the public, as far as movies and concerned. 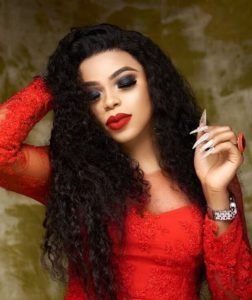 Also, there are strong indications that Bobrisky’s movie dwelled on homosexuality which is against the constitution of the country.

The NFVCB officer said, “We have set up three different panels to view the movie which was given to us by the producers for classification and review.

“For the purpose of fairness and objectivity, we will not give specific details since evaluation is still ongoing but note that any movie that promotes homosexuality in contravention of our laws cannot be endorsed.

“Latest by next week we will deliver a verdict on the movie. If the movie is banned, it would be communicated to the producers and our enforcement team would mop up all copies of the film on the market and defaulters would be apprehended and fined appropriately.”

We must all be Fulani – By Fredrick Nwabufo

ASUU warns of imminent strike as FG defaults on 2019 MOU