Award-winning Nigerian Artiste and Legal Practitioner, Folarin Falana popularly known as Falz  has written the Nigeria Immigration Service (NIS) over the deployment of 5 female officers who participated in the viral #BopDaddyChallenge.

It would be recalled that NIS levelled allegations of sabotage against  5 female officers who wore their uniforms to partake in an online challenge.

For this reason, the female officers were redeployed to remote areas such as Kano, Borno, Yobe, Akwa-Ibom and Ahoada village in Rivers state as punishment for embarrassing the Immigration service.

However, Falz who sang “Bop Daddy” and began the online challenge has written to Muhammed Babandede, NIS Comptroller-General over the perceived unlawful redeployment.

The Bop Daddy challenge initiator asked Babandede to reconsider his stance on the punitive measures meted out to the officers in these trying times of COVID-19. 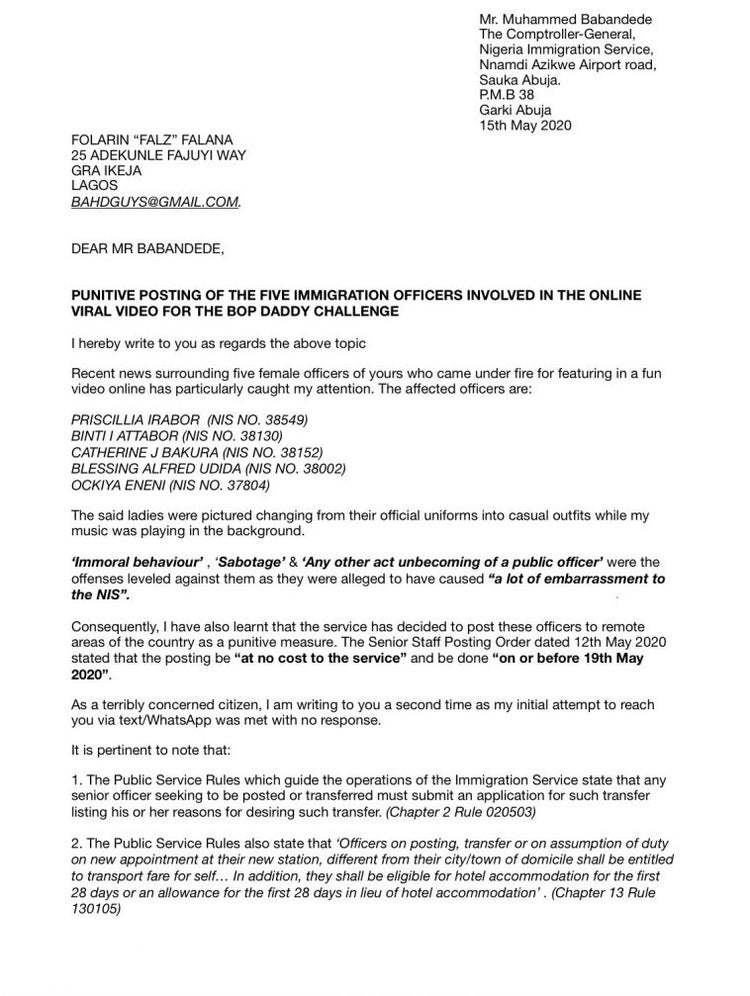 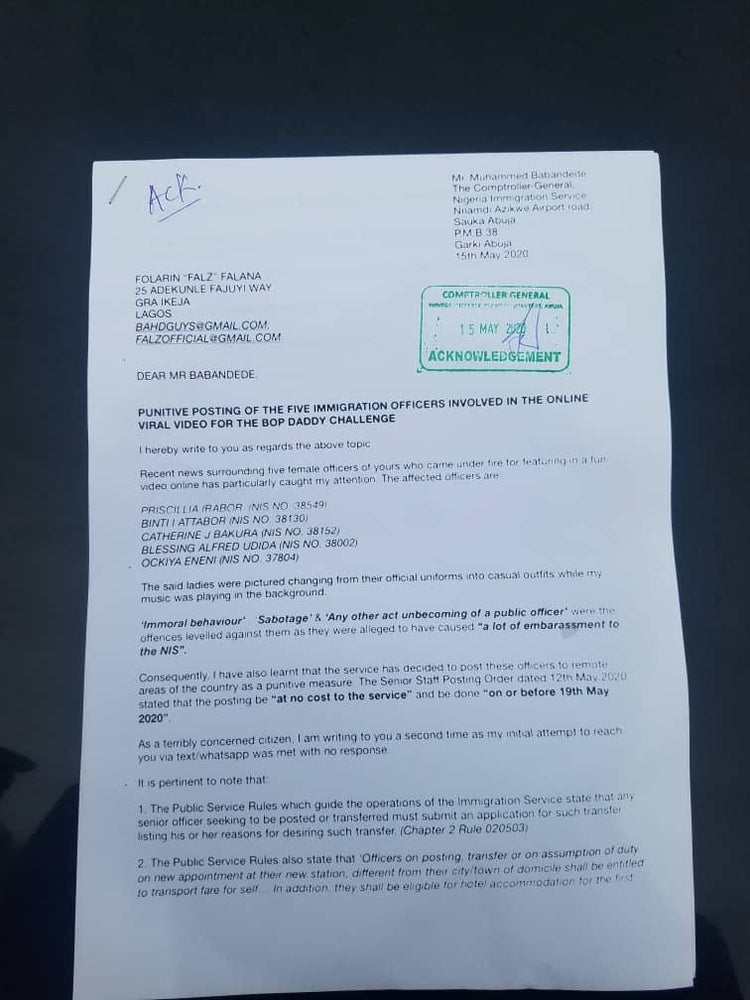