A 13-year-old boy has admitted to stabbing his 7-year-old brother to death after losing a video game.

Russian 13-year-old Alexander allegedly trashed the family home and broke his phone before killing his brother over fears that he would tell their mum.

Their mum, Olga, 32, left them sleeping in the house in Dudinka in Russia’s Krasnoyarsk Krai region on April 23 while she took her six-month-old daughter to her parents home. 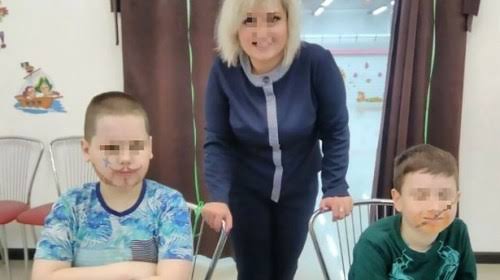 According to Mirror.co.uk, Alexander woke up and began playing his video game. However, he became angry after he lost in the game.

Alexander began hitting furnitures and turned everything upside down in the house before breaking his phone.

The noise woke up his younger brother who immediately ran to hide from his brother.

Alexander, who was afraid his younger brother would report him to their mum allegedly took a knife and stabbed the seven-year-old 15 times.

According to reports, when the mother returned home, she did not believe the teenager’s story and called the police.

During the interrogation, the boy reportedly confessed to the killing, saying that he was afraid his friends would stop talking to him after he lost an easy round in the game.

The news came as a shock to the local community because Alexander is said to have been a good student in school.

Alexander is now being provided with psychological assistance.

COVID-19: Palliatives must reach all Nigerians in need – Gbajabiamila