Famous Hactivists Anonymous on Thursday announced their support for Nigerian youths who have revolted against police brutality.

The Hackers issued a 72-hour ultimatum to the Nigerian government to take action and reassure its citizens or face the consequences.

In a message posted on NBC’s official account, the hackers tweeted;

“We #Anonymous are out to expose government’s secret & dirty files”

Which government website(s) would you want us to play with? 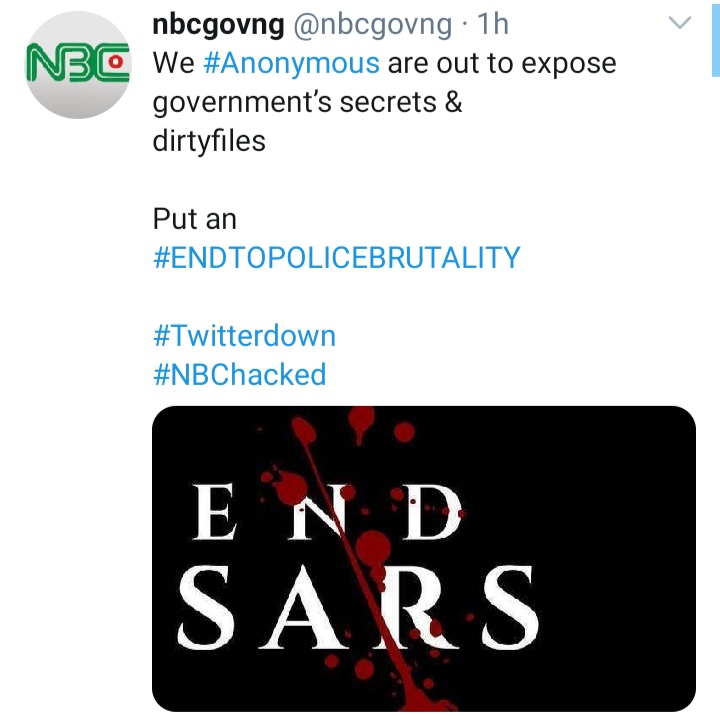 Klopp Reveals His Message To Liverpool Squad After Villa Defeat