Driver Bride Transports Groom In A Bus To Their Wedding Venue

Weddings are often characterized by loads of pomp and pageantry, with ceremonial decorations of the vehicle, venues and so on…but in some rare occassion, we may be opportuned to encounter some rare incidences where the wedding story could be replayed in a total different form from the norm.

Such a case made its case in China where Wu Zheng, a bride, decided to get behind the wheels of a bus and drive her husband to the wedding venue. Wu Zheng is a bus driver and it was aboard the coach that she met her Mr Right. 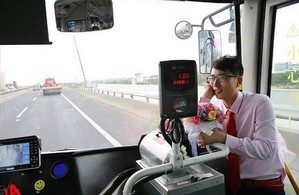 The bus Wu operated on her wedding day is the same she drives on daily basis. But the vehicle is more than Wu’s “office.” “It’s more like a relative to me,” she said, “I wanted it to witness my big day.” 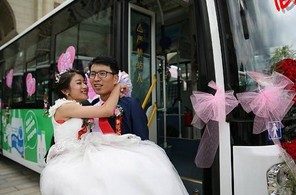 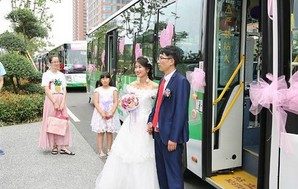 Her move is also a way to steer attention for environmental protection by driving away from the ostentatious wedding convoys, Wu added.

8 children die after locking themselves inside abandoned car in Lagos