Reno Omokri who is known to comment on political and religious issues,  made this disclosure via one of his social media platforms.

‪Apparently, the second wife story is true. What can’t be confirmed is the date of the wedding fatiha. This man shouldn’t tempt his Creator. He just recovered from serious ill health and now he wants to add another yarinya! Second Term, Second Wife! Baba o!‬

‪Apparently, Thisday broke the story this Sunday, but few noticed. I did not know he had stamina like this. And he even gave the new yarinya post! I hope I am invited to the wedding Fatiha. A man who just recovered. Pray we don’t hear stories that touch!‬ When he said he was “working hard”, we thought it was government work. We did not know it was, let us just say extra curricular activities. Ha! Hard worker. Baba I hail o. Remember what happened to your mentor, Abacha? We don’t want stories that touch

Queen Esther wants to take the place of Queen Vashti. We just hope that the incoming wife will not do what PEPT could not do o! We did not know that this was what he meant when he said #NextLevel! Paul Kagame is working hard to make Rwanda great and somebody here is working hard to make Nigeria’s population greater. We pray this ‘hard work’ will not end in a London clinic! 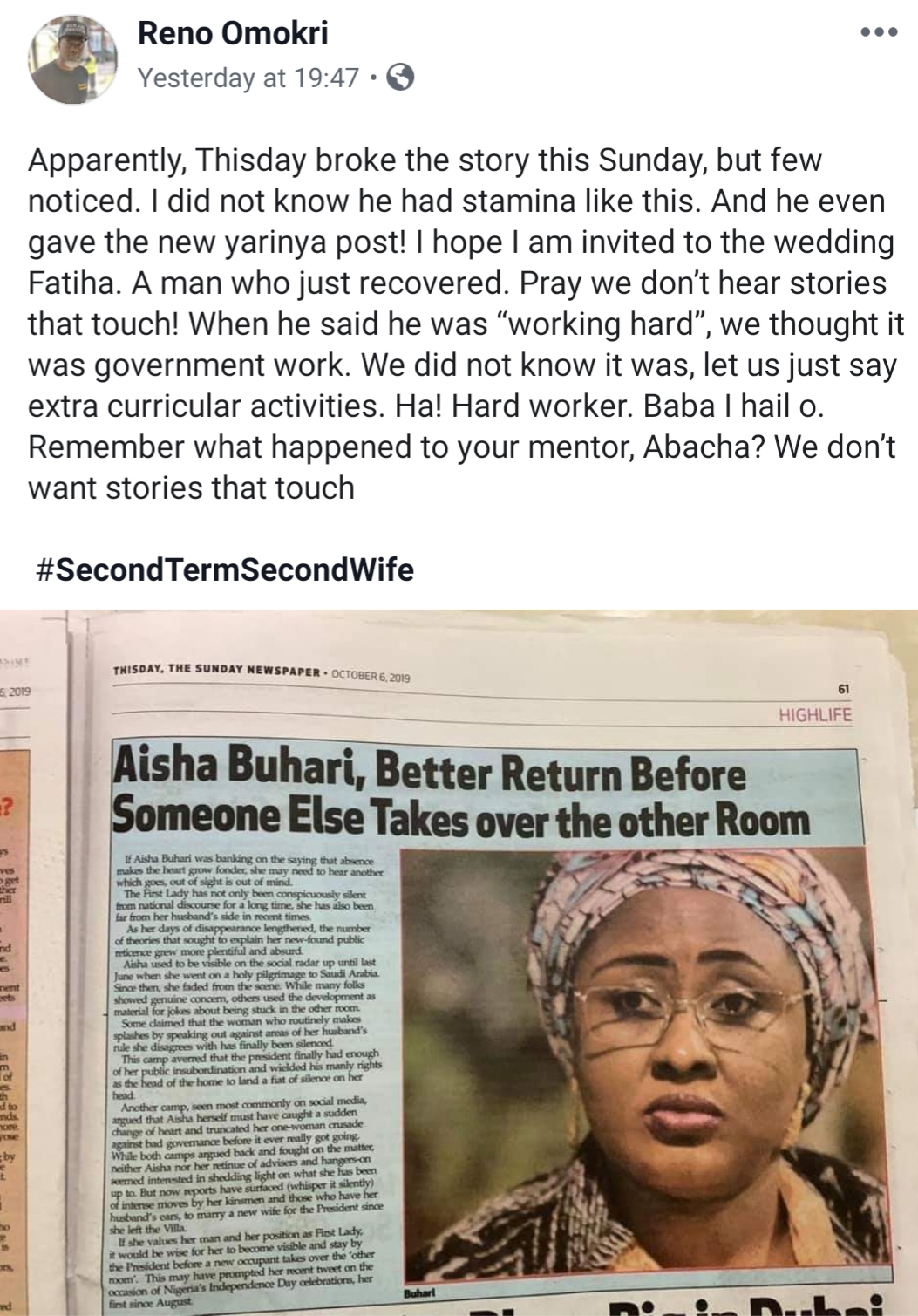 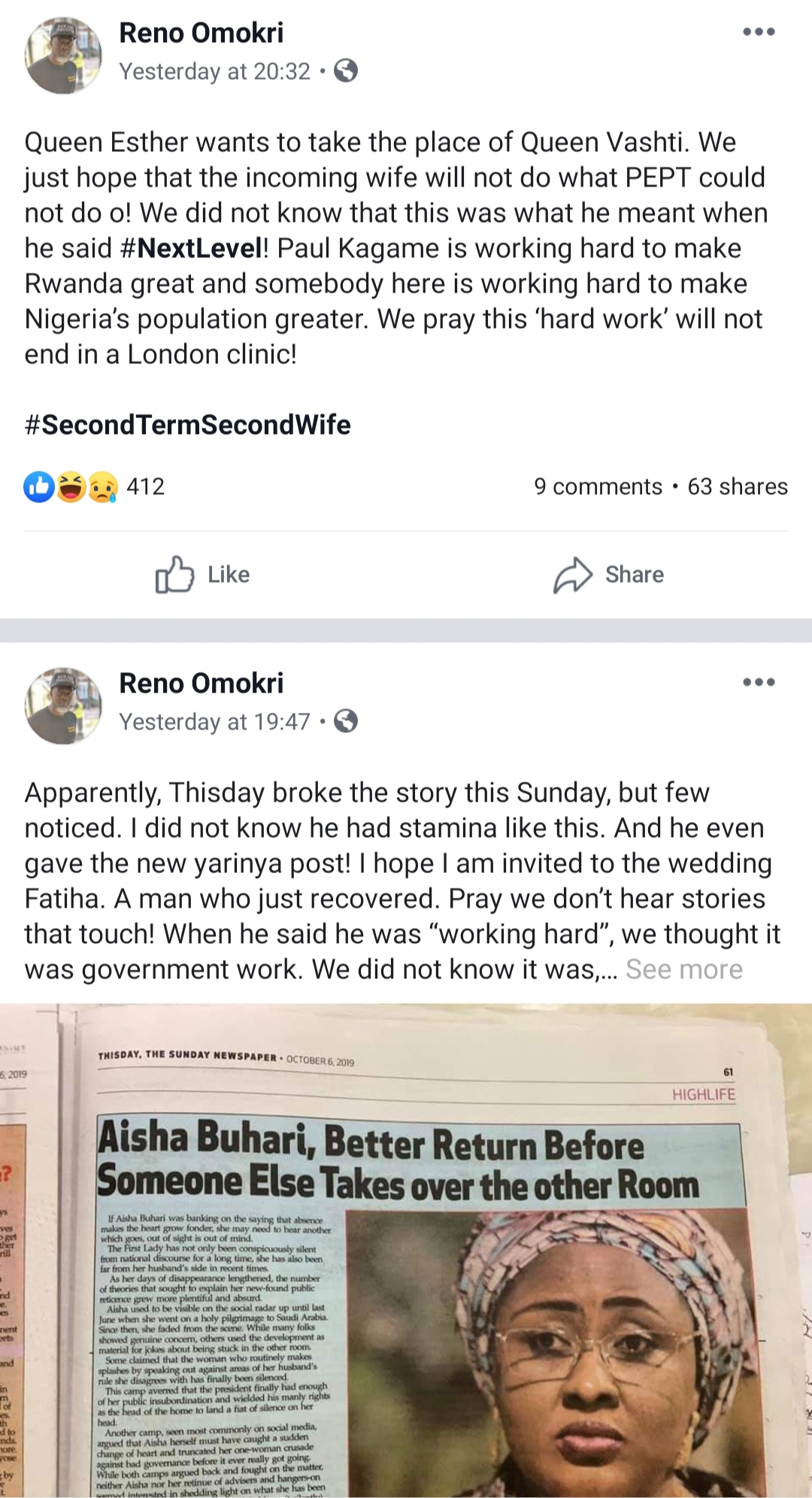 Ambode, Ex-commissioners to be arrested -Speaker

Some Nigerians riding private jets, others can’t feed themselves – Sheikh…