Desire Benjamin Chinenye, who was involved in a gas explosion narrated her tragic story on how she was burnt beyond recognition.

The 23-year-old who used to be an aspiring model recounted her ordeal on the 20th of September, and the recovery process as she shared before and after photos.

She said she has learnt to be positive and embraces her scars.

Chinenye said it all started in the morning at about 6 am when she woke up to boil some water to bathe in preparation for work, the explosion happened after she struck the matches the second time.

According to her,  the force of the explosion threw her against the door blocking her exit, thereafter razed the rug which she stood.

She also stated that her family members woke up from the noise of the explosion and rushed in the chaos to help her put the fire out, pouring water on her to quench the fire but by this time she was badly burnt and had passed out.

Chinenye was then rushed to a hospital,  where treatment took effect and as the process continued, she was always in excruciating pain, sometimes bursting into uncontrollable laughter due to the excessive pain that her body could not process.

After the burns healed, she had to learn how to walk again before being certified fit to leave the hospital.

In her words,  “It was after I was discharged that the true reality of what happened to me fully dawned on me. Having strangers walk up to me at the mall and tell me to cover up because my scars were “unsightly”, and not being able to go back to work because I felt people will concentrate on My scars more than they would the product.

“I was trying to sell was a constant occurrence and I found myself having to stay indoors for long hours- my slowly healing skin was in danger of itching and getting infected if I was ever in a humid environment anyway.

“That can’t be me, I can’t sit in the house because people are not comfortable with how I am. The scars on my body are a sign of victory. I overcame what tried to consume me and I should be proud of it.

“Some people have scars even if not physically, they have emotional scars. If I’m able to reach out to them, encourage them and try to help them gain back their confidence in anyway that I can, I believe that would be fine.”

The young lady who is fully recovered except for the scars, has learnt to feel comfortable in her own skin and is set tocelebrate her 23rd birthday in a few weeks.

Below are the before and after photos 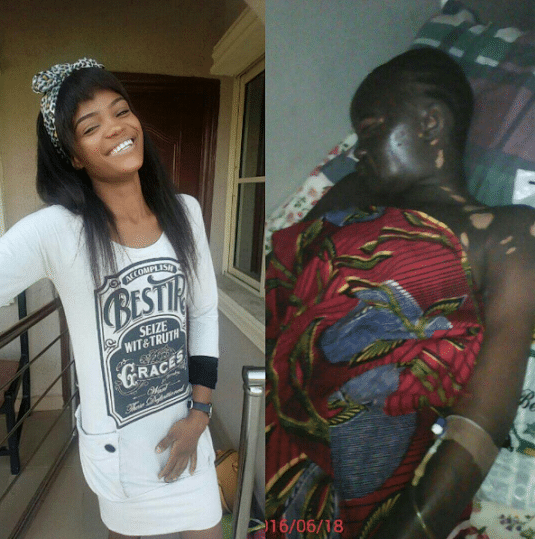 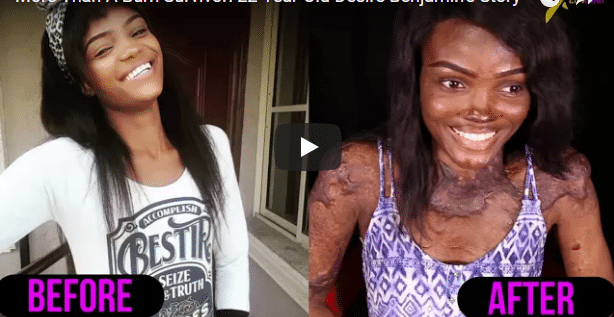