He made the disclosure in a Saturday statement he personally signed.

His reluctance to join the protests had made him the object of ridicule among Nigerian youths.

But in his statement, the “African Giant” said that he would not be taunted into making the #EndSARS campaign about himself.

He maintained that atrocities perpetrated by the Special Anti-Robbery Squad (SARS) were a fundamental problem that affected all Nigerians, as Africans, and as human beings.

Burna Boy said he was worried that the authorities would end SARS only to replace it with another entity similar in operations.

He maintained that while ending SARS would be a good first step, it must go beyond that. 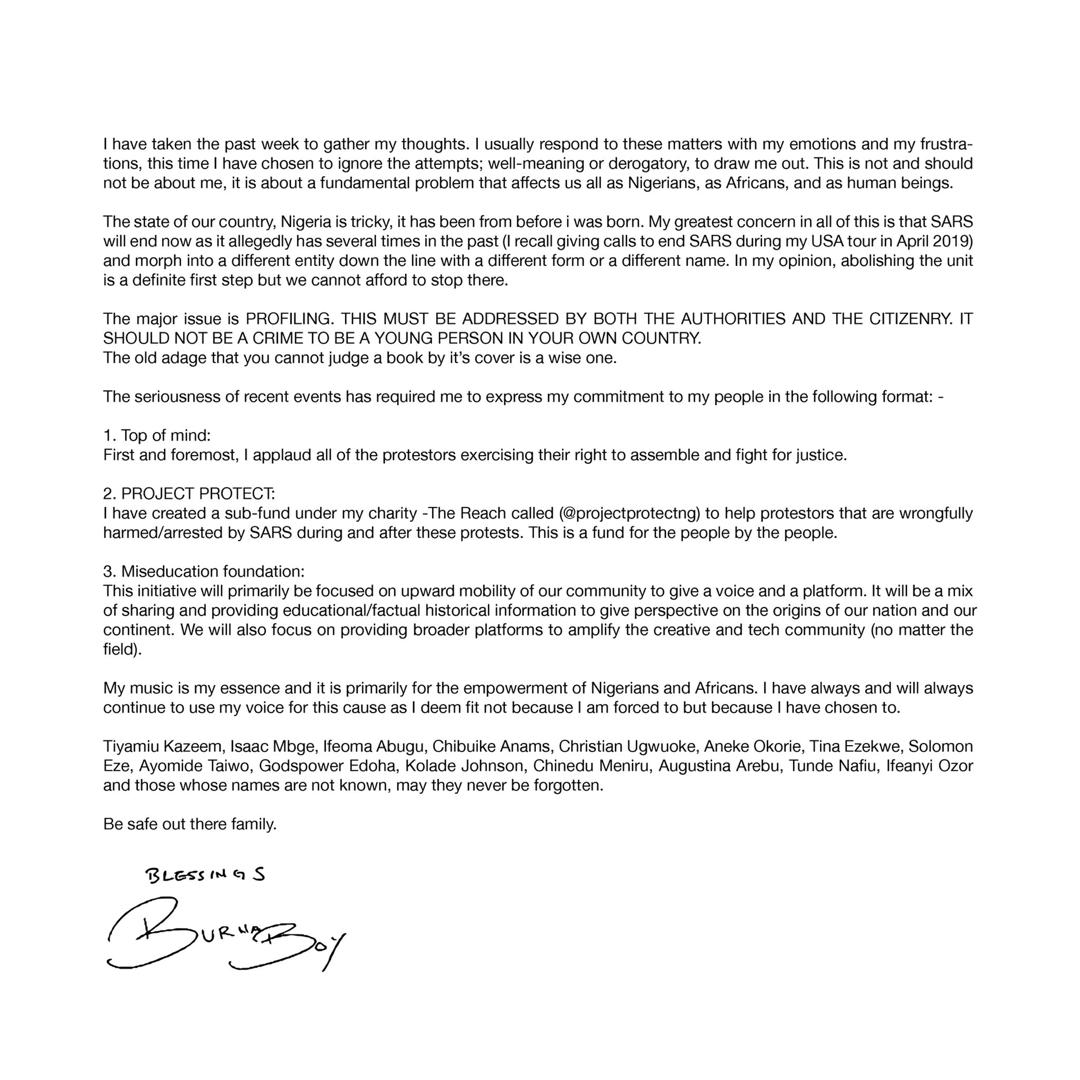 Uphold, project unity of the country – Buhari appeals to Nigerians