Can Games Make You A Better Investor?

Games don’t always get their due. Psychologists and neuroscientists have long known that games, far from being trivial wastes of time, can actively reshape the human brain and improve a variety of cognitive and emotional functions. As investing is a great example of an activity that draws on a wide range of mental and emotional skills, it is worth exploring how to improve this skill set.

Investing is more than just memorizing ratios, accounting rules or gimmicky screening formulas. It requires a variety of mental attributes and abilities that gaming can enhance. The more practice investors have in skills such as probability, prudent risk-taking, strategic thinking and asset management, the better their investing outcomes ought to be. Conveniently enough, these all seem to be skills that can be honed through games.

Board Games
While it is true that many board games are virtual decision-free exercises in dice-rolling, some require a great deal more of their players.

Chess and “Go” are well-respected games with long pedigrees. Both require you to improve your planning and foresight to succeed – a successful player must think several moves ahead. Likewise, both games force players to respond to new information while following a larger plan. Both also require prudent risk-taking (it’s virtually impossible to win at chess without sacrificing some pieces), and both require the ability to think and react thoughtfully in a limited amount of time and often under pressure.

While Chess and “Go” both enjoy unblemished reputations, the same may not necessarily be true of Hasbro-published games “Monopoly,” “Risk” or “Axis & Allies.” “Monopoly” is a familiar game to most investors and despite the obvious business overtones, it also has lessons to teach regarding resource management (not wasting all of your cash on the first trip around the board, identifying the most promising properties, etc.), probability theory and patience. It is all but impossible, for instance, to collect all of a certain property group in one pass – success requires sticking to a plan (collecting all of the yellows or reds), but also being able to adapt as needed (somebody else bought Marvin Gardens, now what?).

“Risk” and “Axis & Allies” likewise require strong resource management and the ability to think both strategically and tactically. In either game, imprudent risk-taking will lead to quick defeat and players must marshal and deploy scarce assets to best effect – not unlike an investor facing almost limitless choices with only a limited amount of funds. A player who overextends himself or herself in “Risk” or “Axis & Allies” will often face calamitous defeat without a series of lucky rolls – so too will investors will likely end up in serious trouble if they overextend themselves with excessive margin or too many active positions.

Advanced board games have been shown to improve players’ understanding of probability and their ability to manage scarce resources. Research has pointed to these games improving memory and concentration, while also learning how to craft strategies from a virtually unlimited array of options. It’s also worth noting that good chess and go players routinely beat computers playing by the same rules. 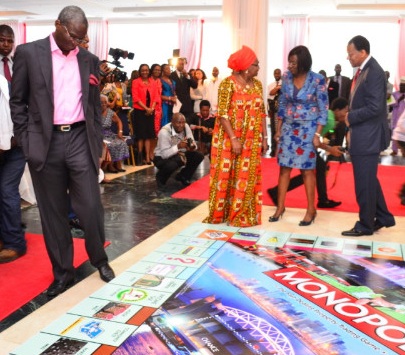 Role-Playing Games
It seems unlikely that any investor would hesitate to speak of playing advanced board games. In fact, playing chess is usually seen as a positive mark of respectability and intellect. Role-playing games (RPGs), on the other hand, do not enjoy that same level of prestige. While RPG is used here to refer to traditional “pen and paper” role-playing games such as “Dungeons & Dragons,” “Pathfinder,” “GURPS” and so on, many of these ideas can apply to more modern video game-based RPGs.

5-Star Stock Pick: CTLE
RPGs require a great deal of strategic and tactical planning, but they also quickly teach players that probability and randomness (literally a roll of the dice) can have a major impact. That forces players to learn to quickly respond to unlucky or improbable events, and to learn to differentiate between low-risk/low-return strategies and high-risk/high-return strategies. The transferability of these skills to investing is pretty clear – no amount of research can eliminate the risk of a low-probability high-impact event, such as a black swan event, and investors must learn how to cope with this randomness.

The ability to separate signal from noise is also critical to RPGs – these games frequently feature false leads, tricks and so on. Likewise, these games offer almost limitless possibilities for decision-making and action, though most of these actions are a waste of time. Given that Wall Street is full of meaningless noise on a day-to-day basis and rife withfalse signals, this sort of discernment is invaluable.

RPGs also require players to face a huge array of options and choices and develop a system or approach that works. There is no one right way, and it is impossible to choose a little bit of everything. Likewise, role-playing games are rarely ever “won” – they are instead an ongoing process of successful decisions that lead to in-game rewards and enjoyable playing experiences for the participants. So too with investing, as there are a nearly unlimited number of stocks, bonds, and other instruments to choose from; investors cannot effectively own a little bit of everything and must learn to develop strategies and portfolios that best suit their goals and psychological make-up.

Card Games
Like certain board games, card games already enjoy a certain level of respect among the same sort of people who tend to devote more time and attention to investing. While poker and blackjack are well-known games, others such as “Magic: The Gathering (MtG)” also have lessons and skill refinement to offer investors.

Virtually all card games require an understanding of probability and the ability to weigh out the probabilities of various possible outcomes and scenarios. Card games also force players to learn to accept the role of volatility measures such as variance across small sample sizes – good, or bad, runs shouldn’t influence the decision-making process, and cards don’t remember, care or owe a player anything.

When it comes to investing, an investor can do everything right and still lose money due to a random and unforeseeable bad event, and this can happen multiple times in what seems like a short period of time. Similarly, market values can differ radically from intrinsic value for short stretches of time, and investors must learn to ignore these transient stretches of aberrant performance (or exploit them for the values or opportunities they may offer).

Likewise, playing card games leads players to develop a level of comfort in working with the unknown – a player can only know his or her own hand with certainty, but must make decisions on the basis of certain assumptions about the other player(s)’ hands. When it comes to evaluating stocks, bonds or other investments, there will never be such a thing as certainty – an investor can learn enough to make an informed decision, but must always accept something less than 100% knowledge.

Card games also require a strong adherence to rules or systems, and mid-game deviations are often punished. There are multiple approaches to winning in poker or MtG, but players must stick with one approach for at least the hand they are playing (if not the entire session) if the odds are going to work in their favor. On Wall Street, it is difficult for investors to succeed without a fairly consistent approach to researching, evaluating, valuing and buying/selling financial assets. While fine-tuning a process is perfectly reasonable, buying a portfolio of value stocks on Monday and selling them all on Wednesday in favor of growth/momentum stocks is not going to work.

Finally, card games reinforce resource/asset management skills. As the famous Kenny Rogers song goes, you “got to know when to hold ’em, know when to fold ’em”, or you will both miss out on large winning opportunities and fritter away your resources on ill-fated plays. Likewise, and perhaps more particular to games like MtG, players must know when to deploy particular cards to maximum effect.

Video Games
Last but not least, even video games (usually the least well-regarded niche of gaming) can have something to add to an investor’s bag of mental and emotional tools.

Playing games, particularly online/multi-player games, can offer some quick lessons in dealing with not only hostile adversaries, but unbalanced and irrational ones. It’s no different for investors, really, as participating in the public financial markets forces you to interact with outright sociopaths, not to mention the over-emotional and unhinged (as any time spent on stock message boards will prove).

Video games typically require the ability to process large amounts of new information quickly and react appropriately. While quick mental reflexes are typically something tied more commonly to traders, even long-term investors have to be able to quickly process sudden and unexpected news announcements.

Video games also teach their players to look for hidden information or details. Game designers frequently offer important (or at least amusing) in-game information or resources in secret or concealed locations. Diligent and detail-focused players will find them, while others have to wait for cheat codes or game guides. Likewise with investing – the hard-working and discerning investor can often find invaluable nuggets of information simply with careful attention and due diligence, and that information can be worth many points of alpha before it becomes widely known in the market.

Video games also often reinforce lessons about managing scarce resources. The original “Resident Evil” game kept players perpetually short on ammo, meaning that going toe-to-toe with the undead hordes was not a likely winning strategy. In the real world, investors have to face the reality that money is a scarce and limited asset, and that there are likewise only just so many good investing ideas out there at one time.

The Bottom Line
Investing is serious business, but that doesn’t mean that games don’t have something to add to the process. Even outside of the mental benefits of relaxing and spending time in enjoyable pursuits with no larger financial ramifications, games can fine-tune and develop a wide range of useful emotional and mental skills. While there is no game that will reward investors with an automatic 5% boost to annual returns, well-chosen games can make almost any investor better at such vital core skills as assessing probability, developing long-term strategies, responding to new data/changing circumstances and managing invaluable assets.

Oshiomole Blames Police For Assassination Of His Aide

US Treasury Bond Auctions for Dummies