Check out the Magnificent Mansion of these two Supermodels

Gigi  and Bella are two supermodels who have been living it large in their luxury long before they ventured into modelling.

Their dad, Mohammed Hadid,  a real estate developer has his partial mansion featured  in the new issue of Harper ‘s Bazaar Arabia along with his wife, Shiva Safari. 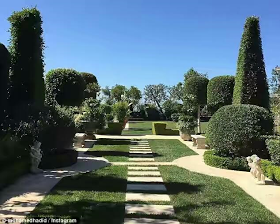 The Magnificent  mansion is named Le Belveder. Mohammed’s house was built with over 1000 people working on the site both for construction  and also for decorating. 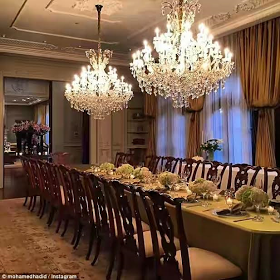 A lot of facilities are in the house such as: a Gym, a wine cellar that can hold up to 5000 bottles, a ballroom that can accommodate 200 people,  a baroque home theatre that seats 60,a game room and a Turkish -style spa with pieces imported from Morocco, Turkey, Indonesia and China.

Mohammed who made his  money designing swanky buildings including the Ritz Carlton Hotel amongst other resorts and mansions.

“The homes I have done in the Los Angeles area are Combination of neoclassical style with a very modern interior. I don’t follow trends so I make my own, ” he told Harper Magazine. ”

‘I create homes that feel like a home, it could be a palace or a mansion but each one has a comfortable feeling’. 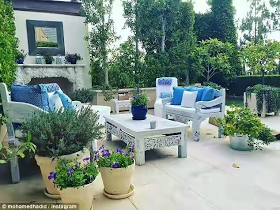 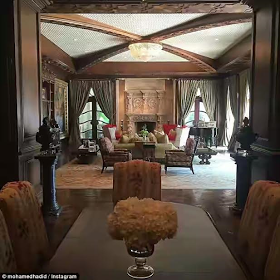 Gigi  and Bella are his children, he is separated from their mother, Yolanda.