A Chicago resident has taken to Twitter to narrate an amusing experience she had when thieves ransacked her car.

The lady who identified herself simply as Shanti said that the thieves broke into the car, threw everything in it onto the street but stole nothing of value.

Instead, she said, the thieves made away with her car charger.

Shanti wrote, “mfs broke into my car and threw everything out of it onto the street but ain’t steal nothing but my car charger and took the dick out the book bag and put it on somebody car I hate Chicago.”

The victim also shared a photo of the sex toy hanging on the car. 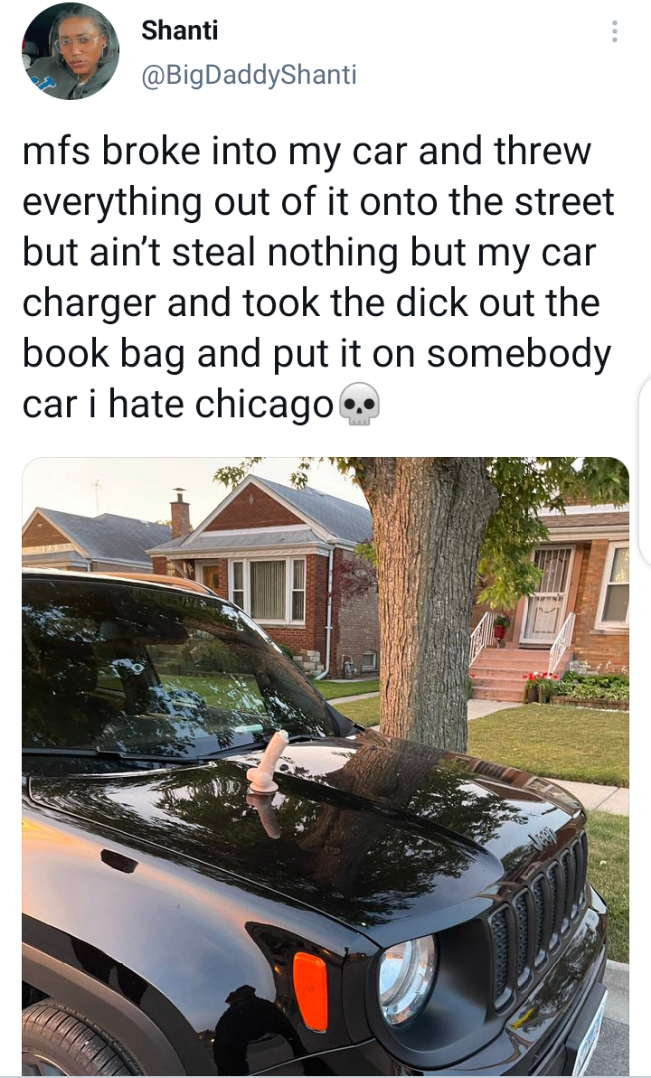 Afghanistan: FIFA, Others Call For Rescue Of Female Players