In the wake of various allegations of scandal and scams circulating around the nation at the moment, another has joined the plethora.

According to Sahara Reporters, it has been revealed that Chief of Army Staff, General Tukur Buratai and his two wives are joint owners of a Dubai property that was paid for in one transaction.

Investigations carried out by Sahara Reporters points to the possibility that General Buratai’s property may have been funded by a Vehicle contract scam perpetrated while Mr. Buratai was the Director of Procurement at the Army HQ.

Sahara Reporters reports that some members of the military have petitioned President Muhammadu Buhari to look into the matter and in the petition, the aggrieved soldiers and officers, under the umbrella of Concerned Soldiers and Officers From the North East, accused the Chief of Army Staff (COAS) of executing the contract through a proxy of his. According to the petitioners, the proxy’s name is Usman Gamawa, founder of Baggash Investment Limited.

According to the petition, Mr Baggash procured second-hand vehicles and motorcycles from Niger Republic as opposed to the new ones that were supposed to be purchased. When the vehicles entered the country they were then hastily refurbished at Mogadishu Cantonment under the supervision of Staff Sergeant Dadan Garba. SaharaReporters learned that some of the vehicles and motorcycles had since broken down

According to Sahara Reporters some of these vehicles and motorcycles have since broken down.

The soldiers went on to claim that Buratai through this action was exposing the troops to grave danger and sabotaging their fight against Boko Haram.

The soldiers further claimed that Buratai and his wives purchased the property in Dubai from a company called SIGMA111.  According to the document showing the purchase which was obtained by Sahara Reporters, General Buratai and his wives had, on January 13, 2013, reached an agreement with the seller for the purchase of the property, Project TFG Marina Hotel, Unit 2711. The asking price was AED 1,542,000.00 (or $419,826.06 or N120m). They alleged that General Buratai paid a total sum of AED 1,498, 534.00 (N115.6m) because the sellers gave concessions of AED 43,466, made up of “incentives, promotions, and early payment bonus.”

The images of the agreement procured by Sahara Reporters along with their tweets can be seen below. 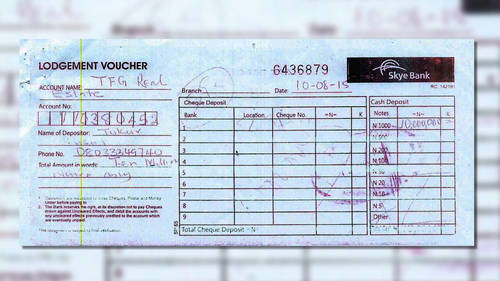 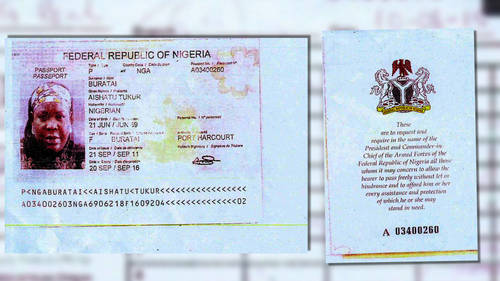 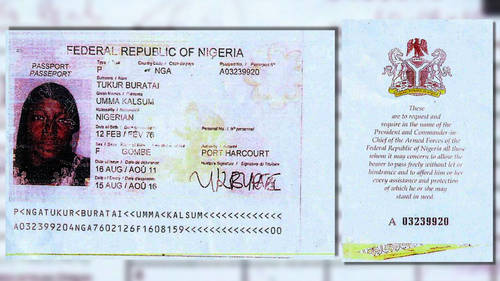 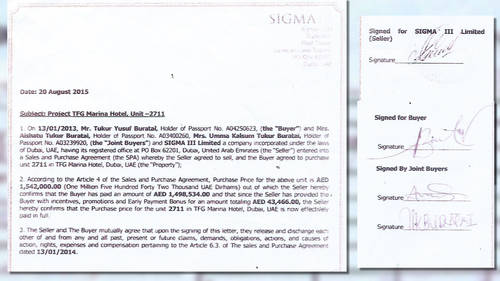 “My husband lied about imprisonment, separate us” – Wife tells…