Nollywood actress, Chika Ike has addressed rumors claiming that she is having an affair with Ned Nwoko.

Read also: See Regina Daniels’ loved up photos with hubby to wish him a happy birthday

According to Ada, the veteran actress uploaded a photo of her and Ned Nwoko after he married Regina, but later deleted the photo.

Ada said: “Chika Ike has been dating Ned Nwoko before Regina came into the picture. Ned Nwoko is a gold that every Nollywood actress digs.

“They said that her daughter’s husband belongs to everyone. They noted that Ned has not finished marrying and Regina isn’t the last person that would be with the man.”

Chika Ike has now debunked the rumour, saying she is not dating Ned Nwoko and that she is not about to be anyone’s 7th wife. 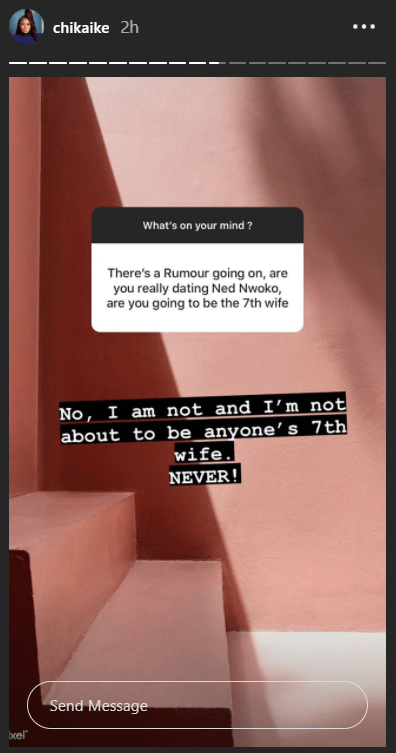 ‘We Are In Deep Pain’- Chrissy Teigen Suffers Miscarriage