While advanced societies are trying to wage a war to stop child marriage, in Zaria parents joined their eight year old daughter and fourteen years old SS1 boy in matrimony.

They are of the Baba Ahmed family in Zaria and this is reportedly not the first of such marriages they have conducted. 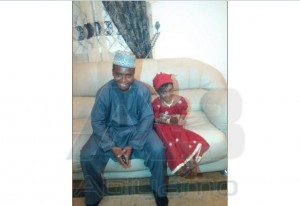 Sources told reporters that although the marriage has indeed been formalized between the two ‘lovers’, there will be no sexual intercourse until at least they finish their secondary school education. It is unclear if there will be other marital duties such as cooking, living together or going for outings.

According to the culture of the Northerners in Nigeria that ceremony signifies the girl is being betrothed to the boy but as soon as they are both mature enough usually after Secondary school, then they properly consummate the marriage and can perform marital duties. 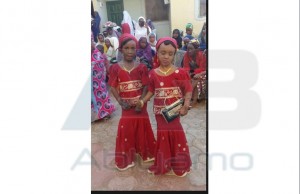 An organization ‘girls not brides’ was created to stop such marriages from happening and encourage those who want to join the fight against child marriage they have partnered with 550 organisations across 70 countries in the world with Africa and Asia being the main battle ground because these continents are more prone to child marriages.

This marriage between minors has raised a lot of concerns about how the war against child bride is faring and it is a controversial topic amongst Nigerians. There are many views, Some are totally outraged at the concept of wedding between minors and even say it is unconstitutional as the ‘bride’ is not of age and she did not give her consent while others say they do not find anything wrong with it as the couple will grow to love each other forever.