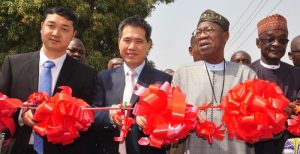 The 10,000 African Villages Project is a program fully funded by the Chinese government. It was launched in a bid to create satellite TV access for rural community dwellers in different parts of Africa. Out of the 10,000 planned installations, Nigerian villages already have a thousand.

During the launch of the project in Kpaduma Village, a suburb of Abuja, the CEO of Startimes Nigeria, Justin Zhang, explained that the Chinese Government contacted his company to carry out the project in different places around Africa. He also confirmed that Nigerian villages that now have access to satellite TV are about 1000, if not more. 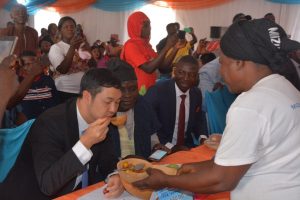 Zhang emphasized that the installations mean that ITU’s demand that African countries should have fully migrated to digital TV  before 2020, has been achieved.

He further explained, “We have entered an advanced stage in the installation of satellite TV access to 1,000 Villages in Nigeria. The villages identified for this project will receive 2 solar power projector TVs for the community, digital TV sets, 20 Satellite dish and decoders where they can watch more than 100 international and local channels all free of charge, just as we have done in Kpaduma village” 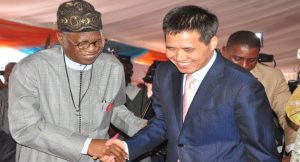 Nigeria’s minister of Information, Lai Mohammed was present at the launch. He praised the Chinese Government for promoting a good relationship between African countries and China. He also commented that the project will help increase villagers’ level of knowledge and awareness on the things going on around the world. 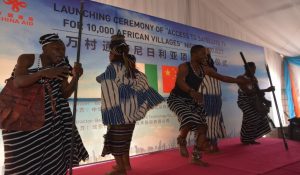 Still, at the launch, the Chinese Ambassador to Nigeria, Zhou Pingjjan, stated that China is eager to start projects that will be of great benefits to Nigerians and Africans at large. He then reassured that more infrastructural projects will be put in place in order to preserve the relationship between the two countries and also make local community dwellers happy.