Few days ago, there was a little quarrel between Davido and his first baby mama, Sophia Momodu.

It all started when Davido shared a photo of himself and Imade Adeleke his first daughter as they jetted off to Ghana for Afrochella event where Davido performed live.

Rumors began to spread when it was discovered that Sophia Momodu was also on the same flight.

People believed that Davido had taken his first baby mama on a vacation to Ghana without Chioma, who is his fiance.

Davido quickly took to his Instagram page to explain that he flew with Sophia because of his daughter, and for the fact that Sophia had a business appointment probably in Ghana, he decided to give her a lift to prevent her from flying an economy class.

That was the beginning of the fight between the duo, as Sophia fired back at Davido, saying she never asked for a lift, and she only flies first class.

Now, a twitter user, @Dhat_Adesuwa took to her page to explain why she feels Chioma was behind the fight because she believes Chioma hates Sophia. 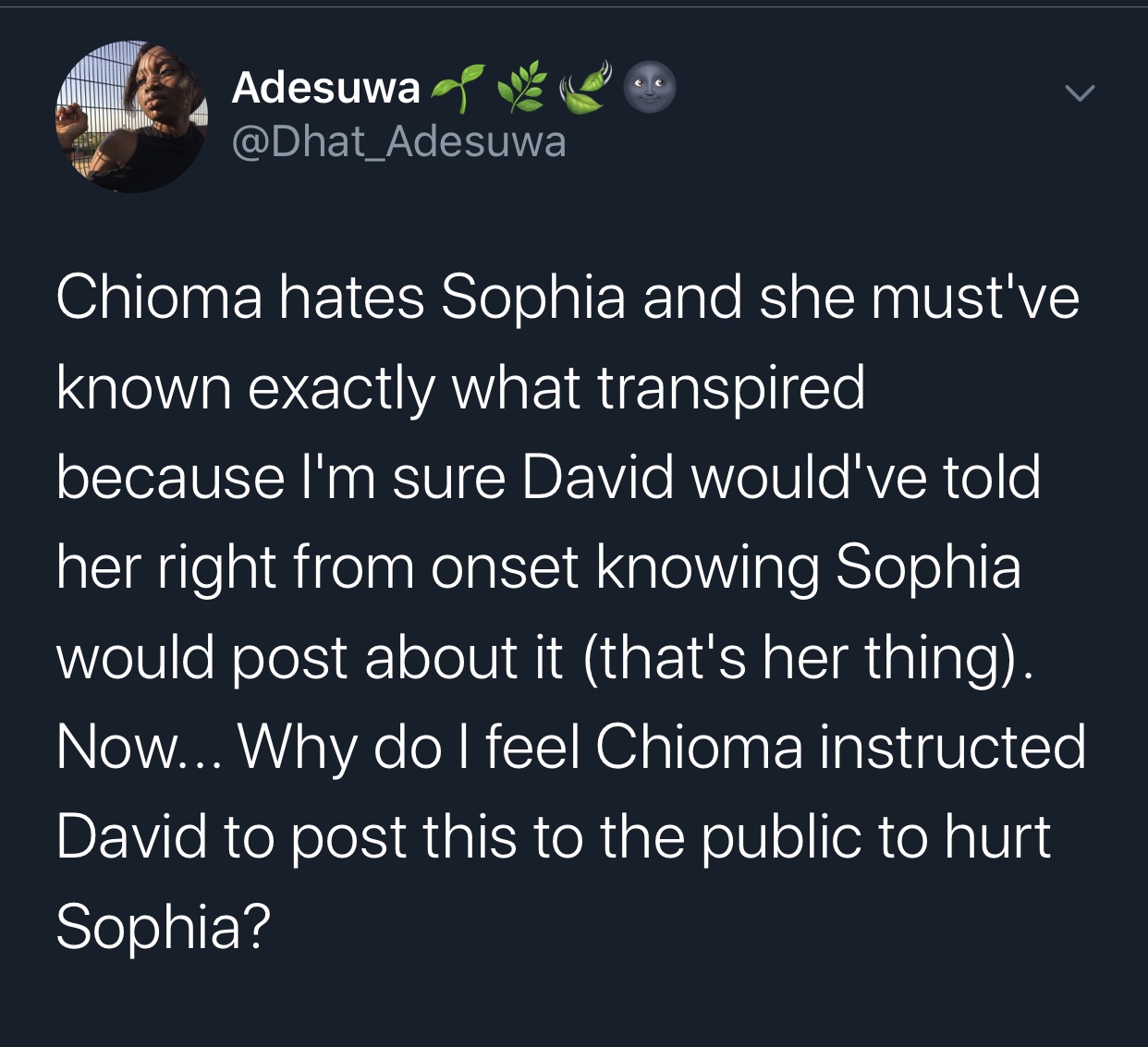 However, it is just mere accusations as the information has not been verified by any of the parties involved

Pay Me What You Owe Me, Trump Says To Iraq Over Troop Expulsion

Tonto Dikeh Shares Adorable Photos As She Reunites With Her Son