It seems there is trouble in paradise for Chioma and Davido.

Amidst speculations that Davido has been cheating on his fiancee and third baby mama, Chioma, the once upon a time love birds have also taken their fight to social media.

Apparently Chioma is moving on as she has unfollowed her baby daddy on Instagram.

Davido has also unfollowed Chioma on Instagram. Guess there won’t be any Assurance2020 after all. 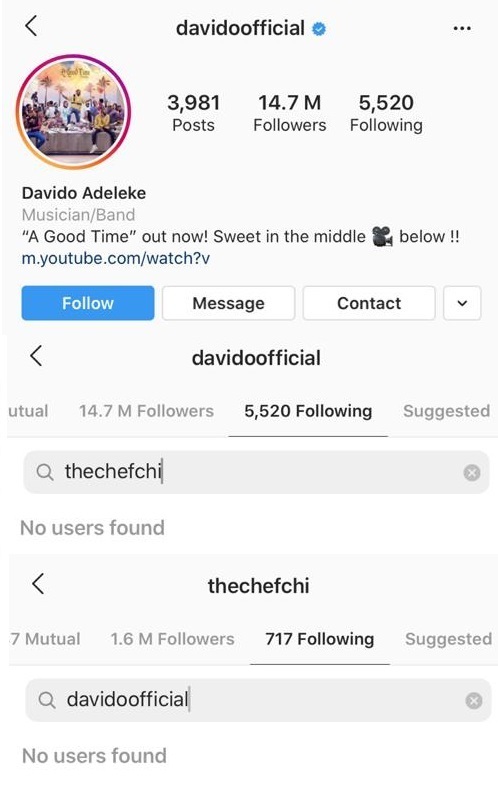 According to what is written on the blogger’s Instagram page, Davido now has a 4th Baby Mama on the way and the lady got paid handsomely to keep shut about her pregnancy. 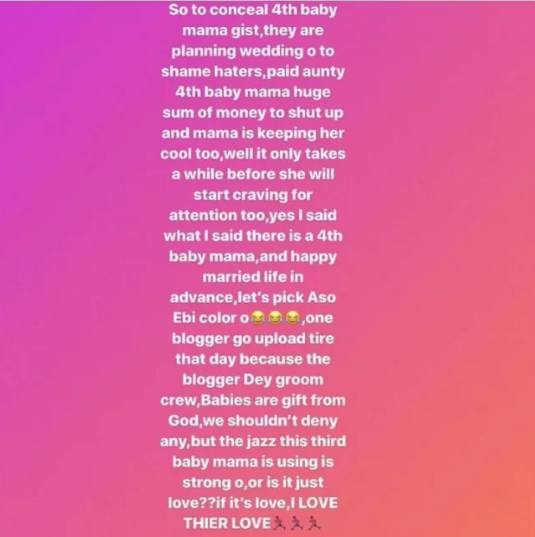 As if that wasn’t enough, another US based, Instagram influencer, Rilimillz, revealed that, the 4th babymama resides in Atlanta. 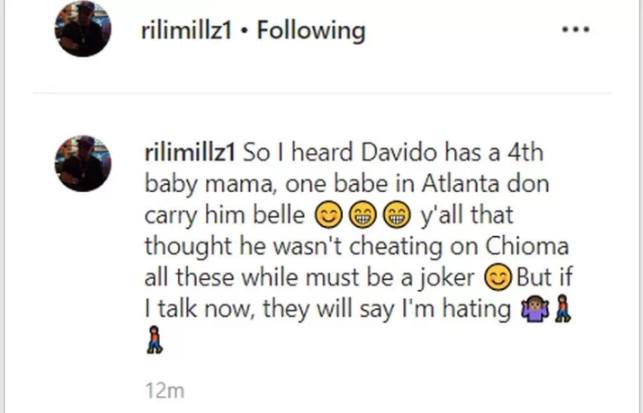 According to Rilimillz, Davido has been cheating on Chioma with the woman who is now allegedly pregnant for him.

Now these could all be speculations and rumors, but it could also be true because the singer has not come out to deny the allegations.

Recall when two girls falsely accused Davido of impregnating one of them, the singer was quick to react because it was false news.

However, Davido is yet to deny these allegations, so therefore, could there actually be a 4th baby mama?

‘Don’t Pray For Sick People, Give Them Money’- Reno Omokri

Rihanna Reportedly Splits From Billionaire Boyfriend After 3 Years Of Dating