If American rapper, Soulja Boy’s claim is anything to go by, then American singer, Chris Brown may still be in love with his ex, Karrueche Tran.

Soulja Boy took to his social media page to call the singer out for allegedly threatening him because he liked one of Chris Brown’s ex’s photo on social media.

Chris Brown who has been on several occasions caught liking and commenting on Karrueche’s photos was according to Soulja Boy willing to fight him over his ex. 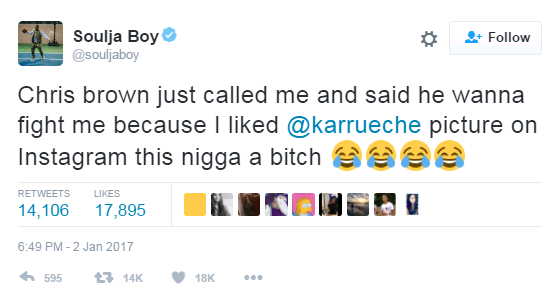 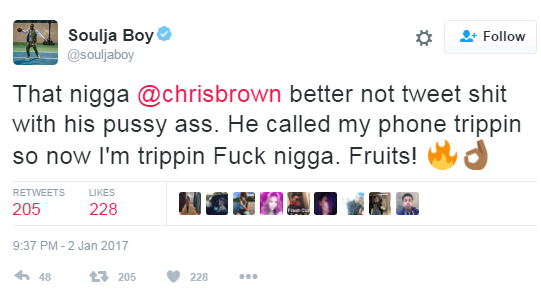