Chris Rock To Make $40million With Netflix In 2017

After 8 long years away from stand-up comedy, Chris Rock is said to be making a comeback with two upcoming Netflix specials in a rumored $40million deal. 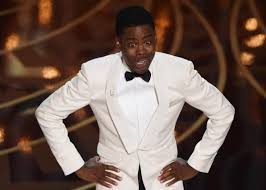 According to Variety, Rock will tape his first show for the video streaming company in 2017, but it is unclear when the second one will air. He’s also currently planning a world stand-up tour to coincide with the recording of his first show.

Rock last worked with Netflix in 2015, appearing in A Very Murray Christmas special with Bill Murray.

Plus Size Model Flaunts Photos Of Her Massive Hips And Curves