French actress Claudine Auger, best known for her role as a Bond Girl “Domino”  alongside Sean Connery in the 1965 James Bond film

Thunderball has died at the age of 78.

SEE ALSO: Nestlé Nigeria Says Its Committed To Growth Of SMEs In Nigeria

The Actress died at her home on Wednesday in Paris following a long period of illness, her agency Time Art said. The French star started out

as a model, representing France and coming first runner-up in Miss World in 1958. 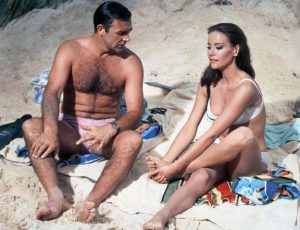 Auger developed a talent for acting and landed roles including one in the 1962 film The Iron Mask, about the Three musketeers.

She shot into global stardom as Domino in Thunderball,  which is the fourth film in the Bond franchise.

Claudine Auger was the first female co-star to the James Bond character, known as a “Bond girl”, to be from France. She appeared in French,

Italian and English speaking films during.

Among her best-known films are crime thrillers  Flic Story and That Man George, and the romantic tragedy A Few Hours of Sunlight.

Nestlé Nigeria Says Its Committed To Growth Of SMEs In Nigeria