The popular annual music festival Coachella and Stagecoach, have both been canceled this year, the public health commissioner announced.

The order was given on June 10 by the Public health officer of Riverside County, California. However the events’ promoter, Goldenvoice, has not yet made a public announcement.

In March, the festivals’ organizers announced that both Coachella and Stagecoach would be delayed until October. However, the order from Dr. Cameron Kaiser warned of a possible spike in coronavirus infections this fall.

On Tuesday, Billboard revealed that the company was looking to reschedule the festivals next year. It is still unclear whether or not Goldenvoice could hold the festivals in April, the month in which they normally take place and probably sell fewer tickets to meet social distancing requirements, or if they would have to move the events to fall 2021 in a bid to increase audience capacity safely. 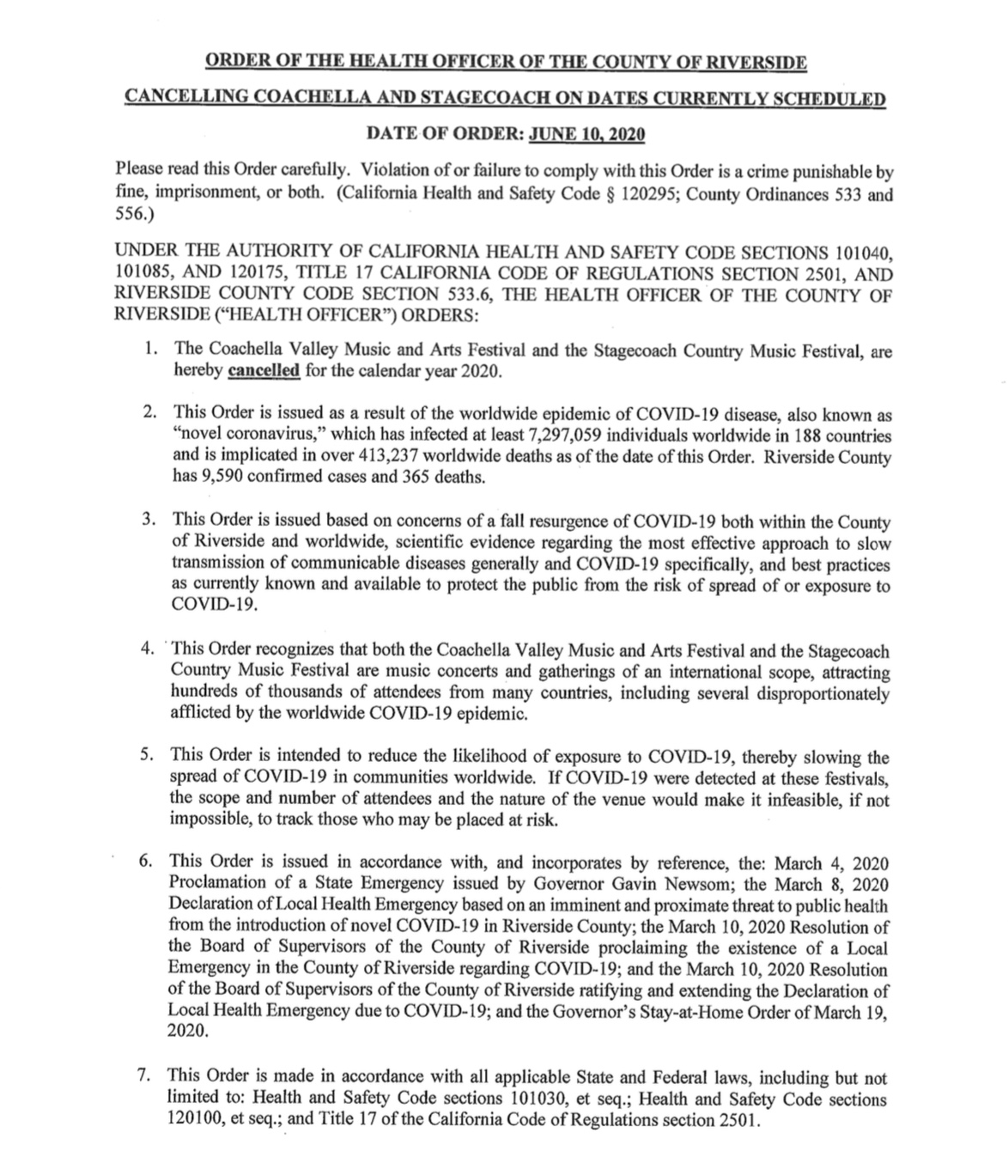 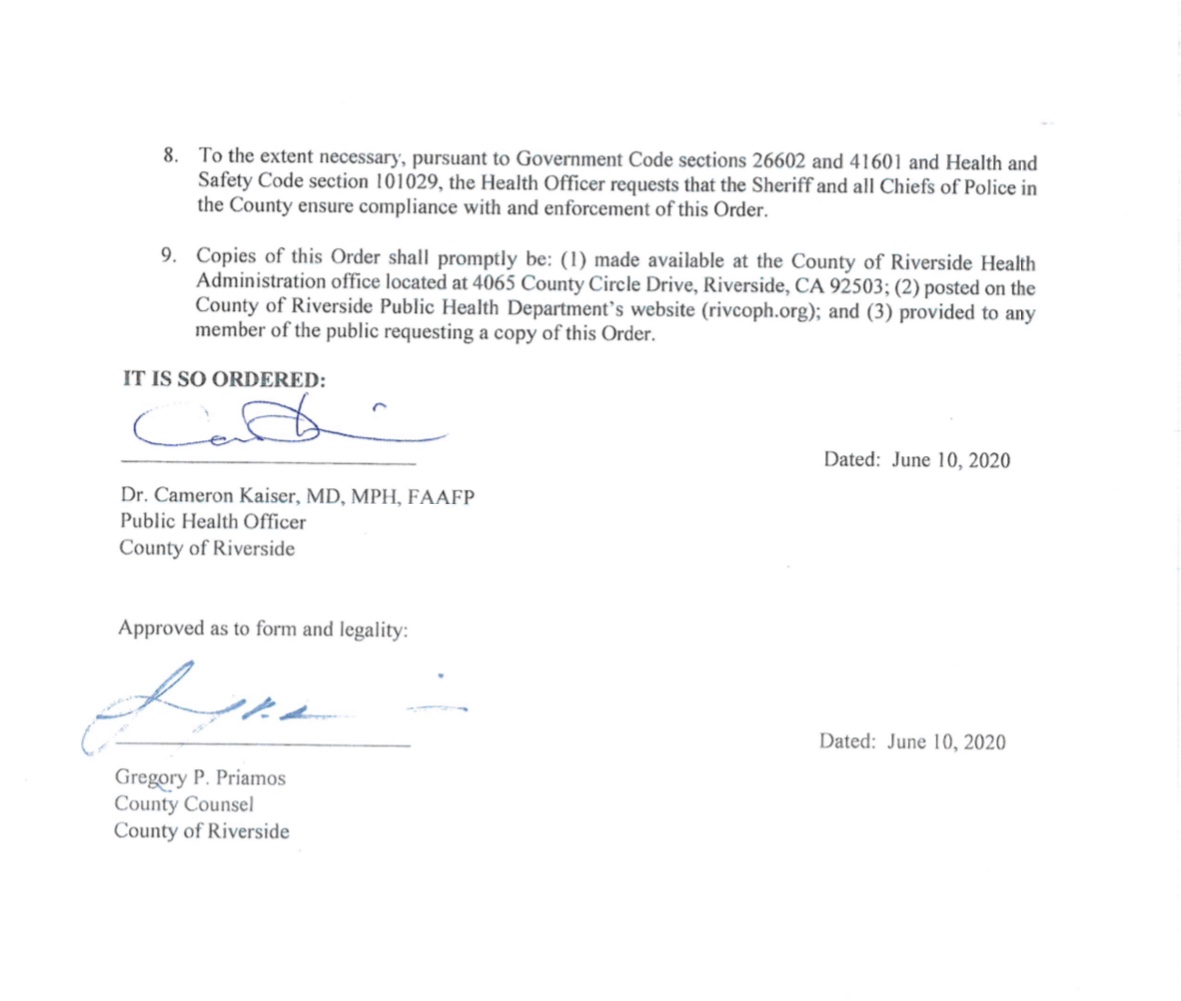