The president of National Association of Nigerian Students (NANS), Comrade Danielson, has stated that if the conditions for the ongoing strike by ASUU is not resolved before the planned call off date, which is 7th of January, 2019, NANS will take a nationwide action against the government. He emphasized that he would personally call on students in all parts of the country to take to the streets and put economic activities to a standstill. He then mentioned that the act will also affect the February general elections. 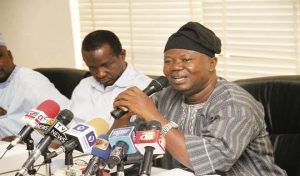 Danielson equally explained that ASUU always opposes NANS’ invitation to any meeting held with the federal government. He stated,

“ASUU said they are fighting for the students and at the same time denied students’ union representatives access to the negotiation meeting to contribute to the discussion or even act as observers.

“It is only in Nigeria that you have education sector sold into strike as it were, without recourse to the students; without giving a thought to the challenges it brings to the sector. Our people fail to understand that the incessant strike reduces the quality of education.

“How do you expect a student that has been at home for two months to be able to cope with academics? People study, knowing that there are lectures, assignments and may be in preparation for examinations.”

Directing his argument to the government, Danielson said: “The government cannot constantly reach agreement and floor the agreement, it is unacceptable.

‘’However, when these two interests begin to clash, it is the students that suffer and of course, the parents. You will agree with me that the parents have spent more within the past few months in taking care of their wards and their children.

“Of what benefit is this strike to our system? If we say it is because of poor funding of the sector, strike has been on for at least two decades and has not in any way improved the system. “Bothered by this, November 19, we held a state education rally, where we stated all the issues and challenges facing the education sector and urged government to improve the funding.

“We don’t know why it is difficult for government to gradually but consistent improve in education funding without meeting 26 per cent in the budget.

“When you have ASUU that always claim that they are fighting slowly for the interest of students, gets to where they are supposed to negotiate and they asked the students present to excuse them. 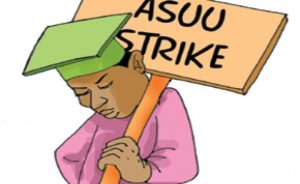 “Asked if one or two NANS member could represent the students, ASUU said never, it wasn’t possible or they would work out and at that point, the minister had to plead on the president excuse them.

“If ASUU claims it has been pushing for our interest, what stops them from allowing us to observe the process because they usually come and tell us that it is government that is not complying.

“When we protested, government said they are not the problem, but ASUU who don’t want to comply because they come with too many requests and all these requests are not the requests they are pushing in the public. Basically, they are to agitate on earned allowance and salary arrears.

“So, the Federal Government said we should come and observe and see that these people are not fighting for our interest but theirs. They are living in deception and hypocrisy. We got there only for them to prove them right by asking us to go out.

“It therefore means they have something to hide. When I reported to the NLC president, he pleaded with me that he will intervene and talk to ASUU. On the next meeting at the Federal Ministry of Labour, we got there again on invitation, the same thing happened.

“We had to issue two weeks ultimatum to both the Federal Government and ASUU because we don’t want to take sides. The ultimatum will elapse January 7.

“After it expires, students will be ready to shut economic activities across the country which will in no little way, affect February elections, I can assure you; with our population across the length and breadth of this country. The students will be forced to go on the streets and nobody should ask me anything, I will lead them.”

Nigeria Ranked as 110th Best Country to Do Business