Npower volunteers have protested non-payment of their March Stipend despite the total lockdown of some major cities in the country in order to contain the spread of the deadly Coronavirus.

President Buhari while addressing the country on the steps taken to contain Coronavirus in the country, also ordered that salaries be paid immediately to enable workers buy supplies for the period.

However, up till April 4, 2020 Npower Volunteers have not been paid their March Stipend and many of them have taken to social media to protest about the delay.

Many of them say their stipends have been delayed ever since the Npower scheme was moved from the office of the Vice President, Yemi Osinbajo to the Ministry of Humanitarian Affairs, Disaster Management and Social Development under Mrs. Sadiya Faruq.

Many Npower queried the Ministry handle online as well as that of the Minister regarding the payment of Stipends without response.

Mrs Sadiya Faruq has however been giving away physical cash to poor Nigerians under the conditional cash transfer scheme. 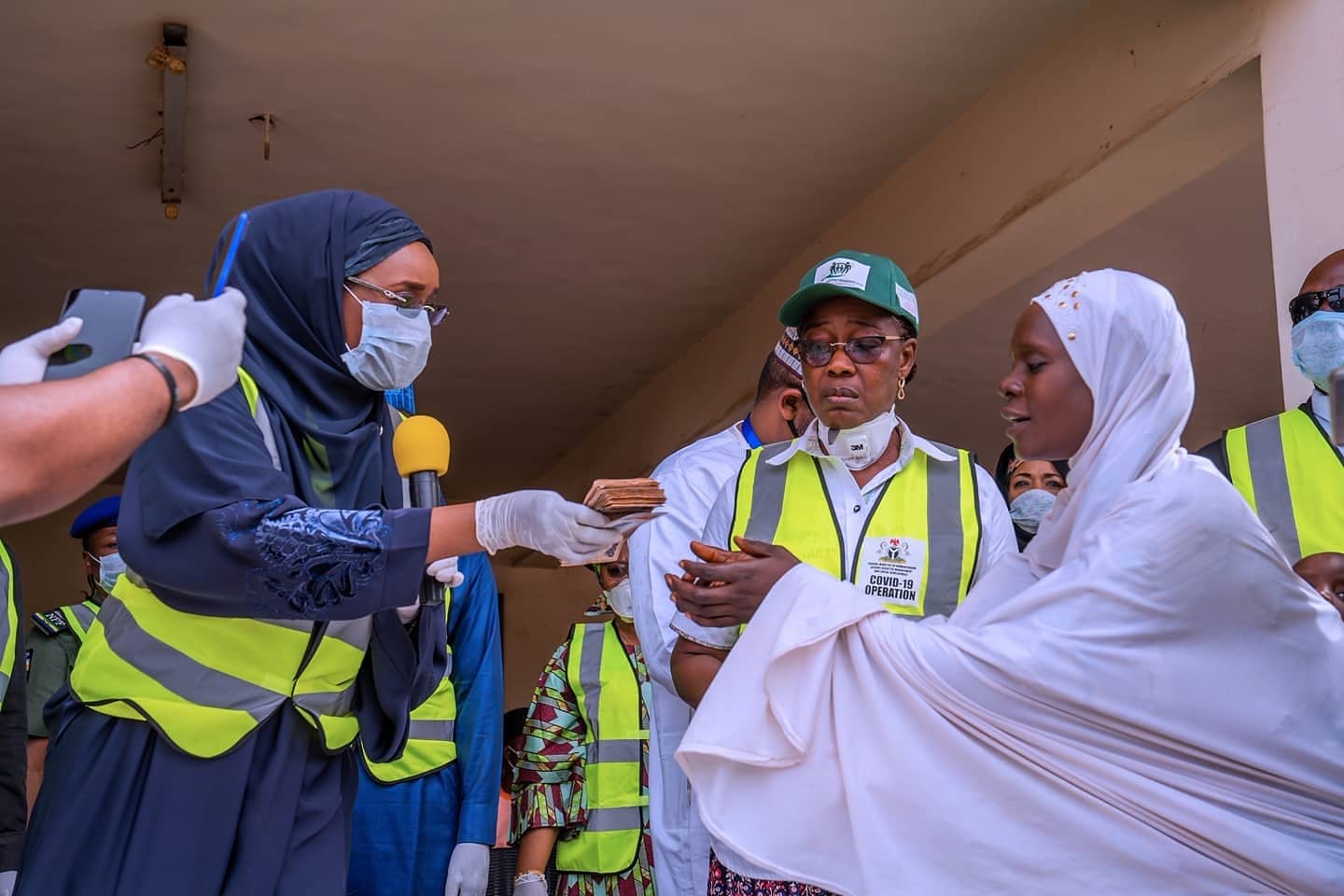 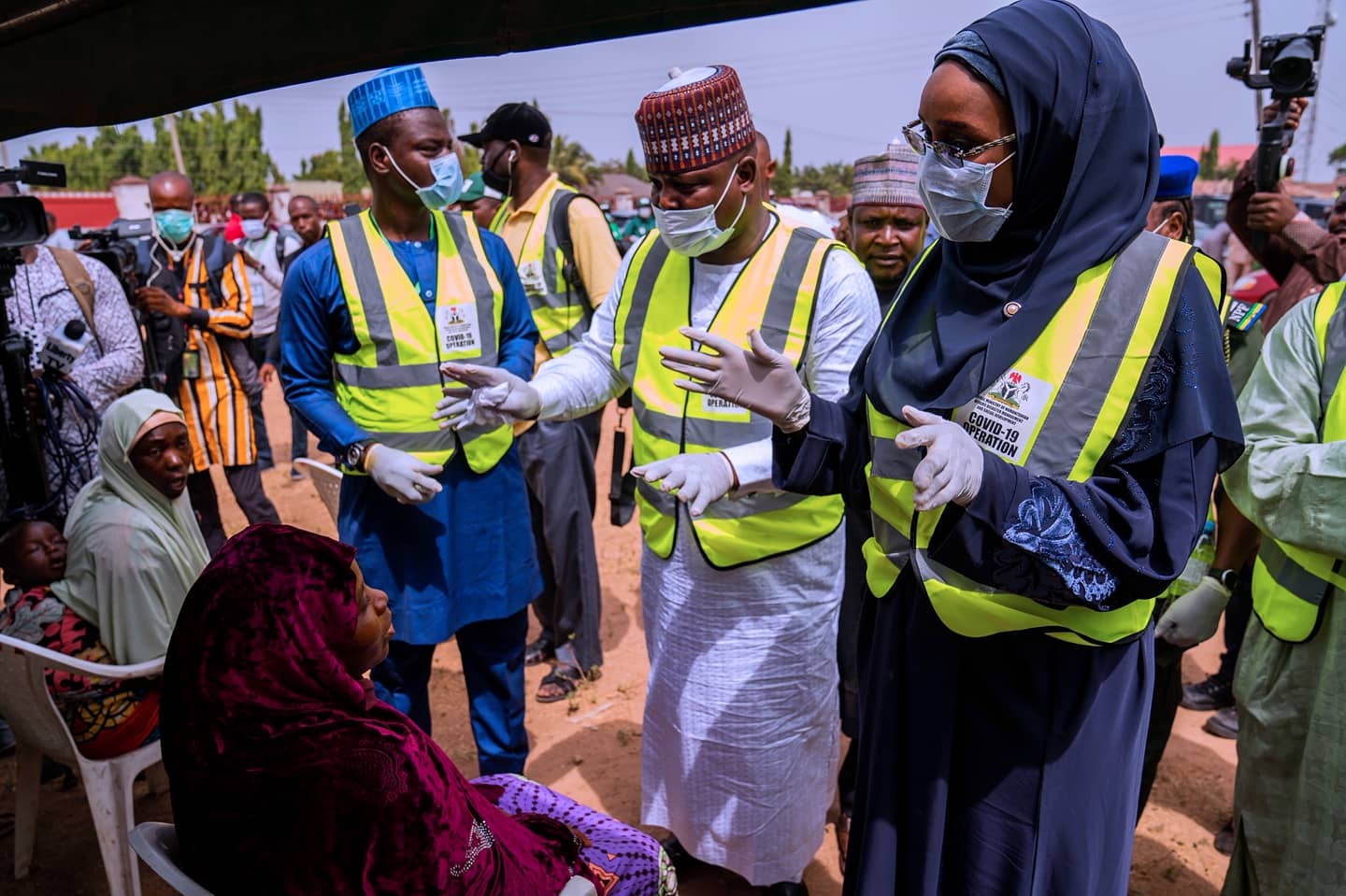 This did not sit well with the Npower volunteers who besieged the Npower handle as well as that of the Minister and the Ministry of Humanitarian Affairs demanding for their stipends. 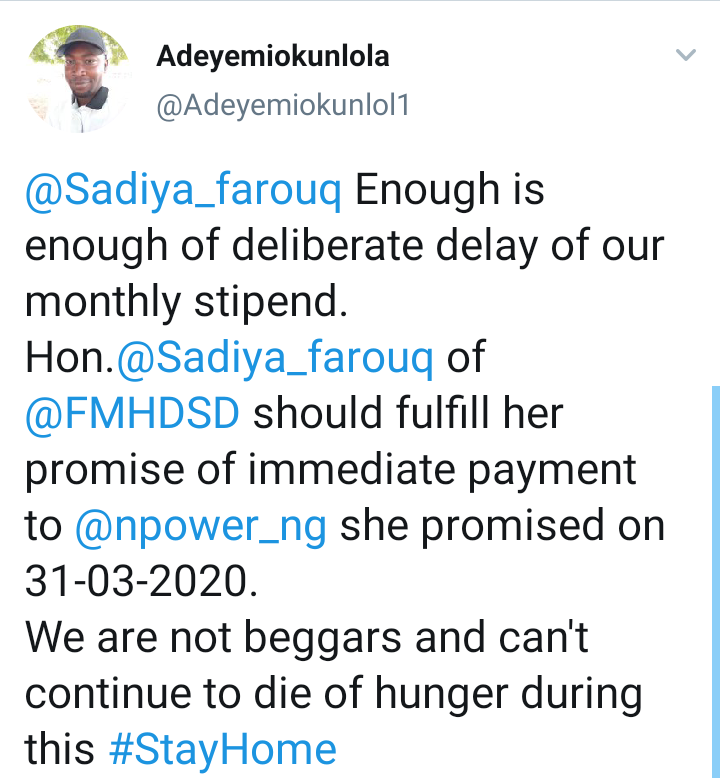 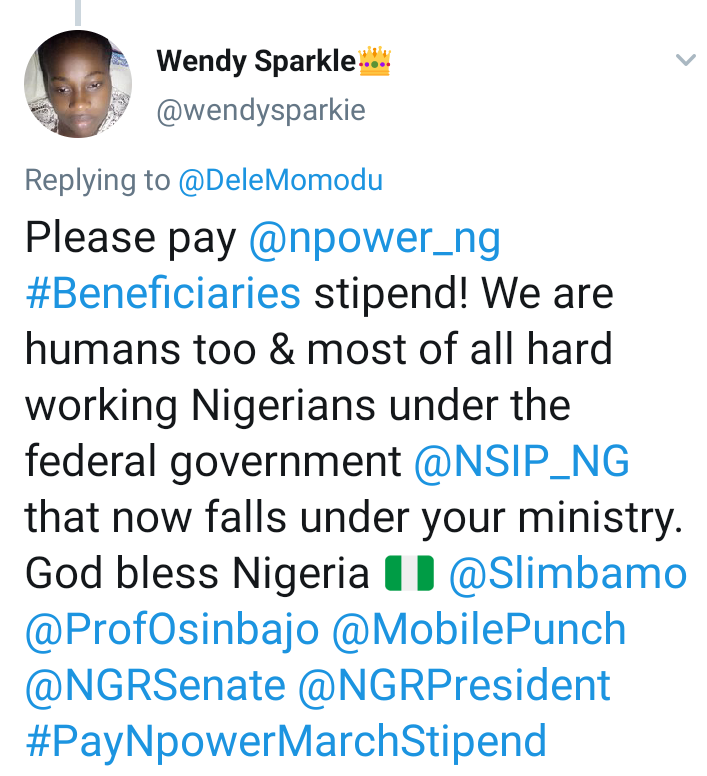 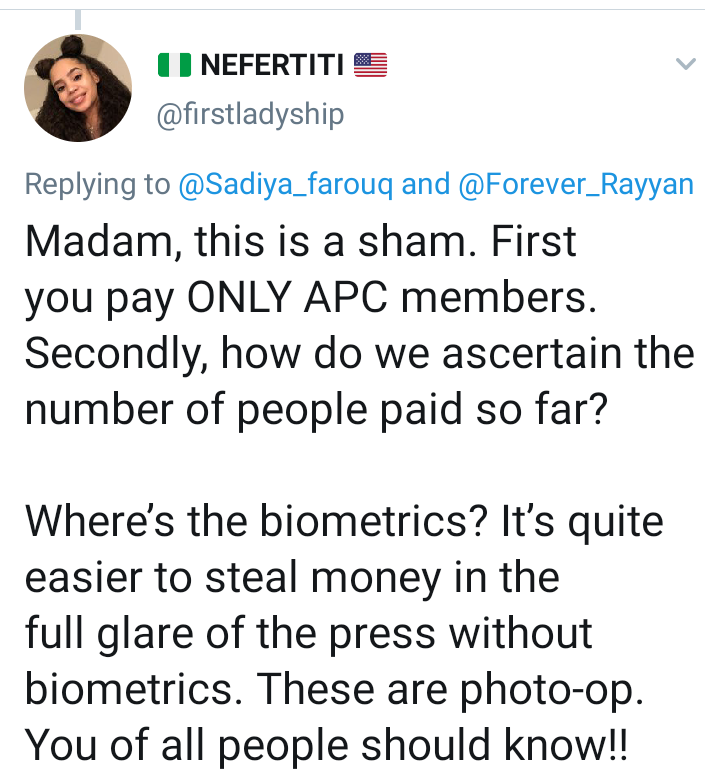 ‘No License Has Been Issued For 5G In Nigeria’- Dr. Isa Pantami

2023: As president, I will hold portfolio of investment minister – Ohuabunwa