It seems like love is in the air as Cossy Orjiakor’s German boyfriend goes beyond the ordinary to express his affection for her.

The Busty queen’s German boyfriend went ahead to tattoo her name as well as a love poem dedicated to her on the rear section of his body and was posted online. 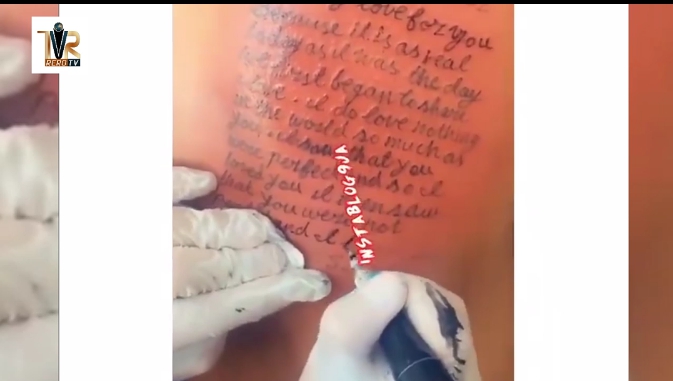 In the video posted online, a tattoo artiste painstakingly pens down Cossy Orjiakor’s name including a script from the poem on his back

How the lovebirds met remains unknown to the public and the busty actress is yet make a comment on the current state of her love life. Cossy has been reported to be romantically involved with Nigerian and foreign stars in the past