A Sri Lankan Couple are being investigated for violating the law after they used 250 school children to carry bride’s train of her Saree during a wedding ceremony.

The students who were from a school named after a central province chief minister Sarath Ekanayaka, who was a special guest at the wedding were said to have being absent during school hours just to honour the ceremony.

The 250 students carried the train of the two-mile long Saree worn by the bride, and another 100 students served as flower girls as she walked down the main road in the centre of the Kandy.

National Child protection Authority had condemned the act stating it was against the law, and if found guilty they will have to serve the jail term.

NCPA chairman, Marini de Livera said, ” We have started an investigation. We are going all out because we don’t want this to become the new trend.

“What they (the wedding party) did is a violation of child rights. Depriving children of education, risking their security and harming their dignity are criminal offences. ” 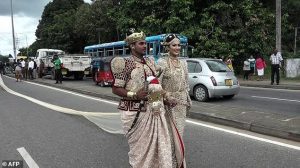 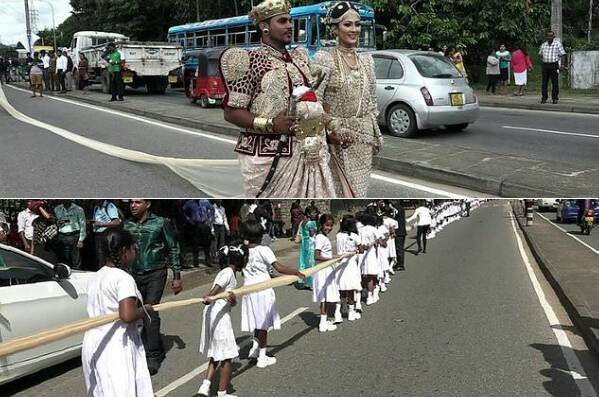 Biafra: It’s too late to pull out of Nigeria, says Igbo lawmaker

Updated: Bill and Melinda Gates announce divorce, but will work together at…

US Secretary of State to meet Buhari over insecurity