Few hoAll Postsurs after Davido released a statement to dissociate himself from Commonwealth of Zion Assembly (COZA) church, Wizkid and Tiwa Savage have also come out to dissociate themselves from the church. Tiwa has taken it a step further by threatening to sue Pastor Biodun Fatoyinbo, presiding Pastor COZA

Tiwa Savage reacted to a doctored video which showed her advertising an upcoming programme for the church. She claimed the she was approached by members of the church (unknown to her) to testify of God’s glory. She had no idea her picture will be edited to promote the church event.

”It has been brought to my attention that there is a viral video which includes me advertising an upcoming COZA event. I want to state that I have nothing to do with the church and certainly do not endorse their events. I’m extremely disappointed that I was fraudulently approached to simply comment on how good God has been to me and it has been wrongly edited to use my image to create an advert to deceived people. COZA this is wrong!! I will be taking action if this not immediately retracted.” 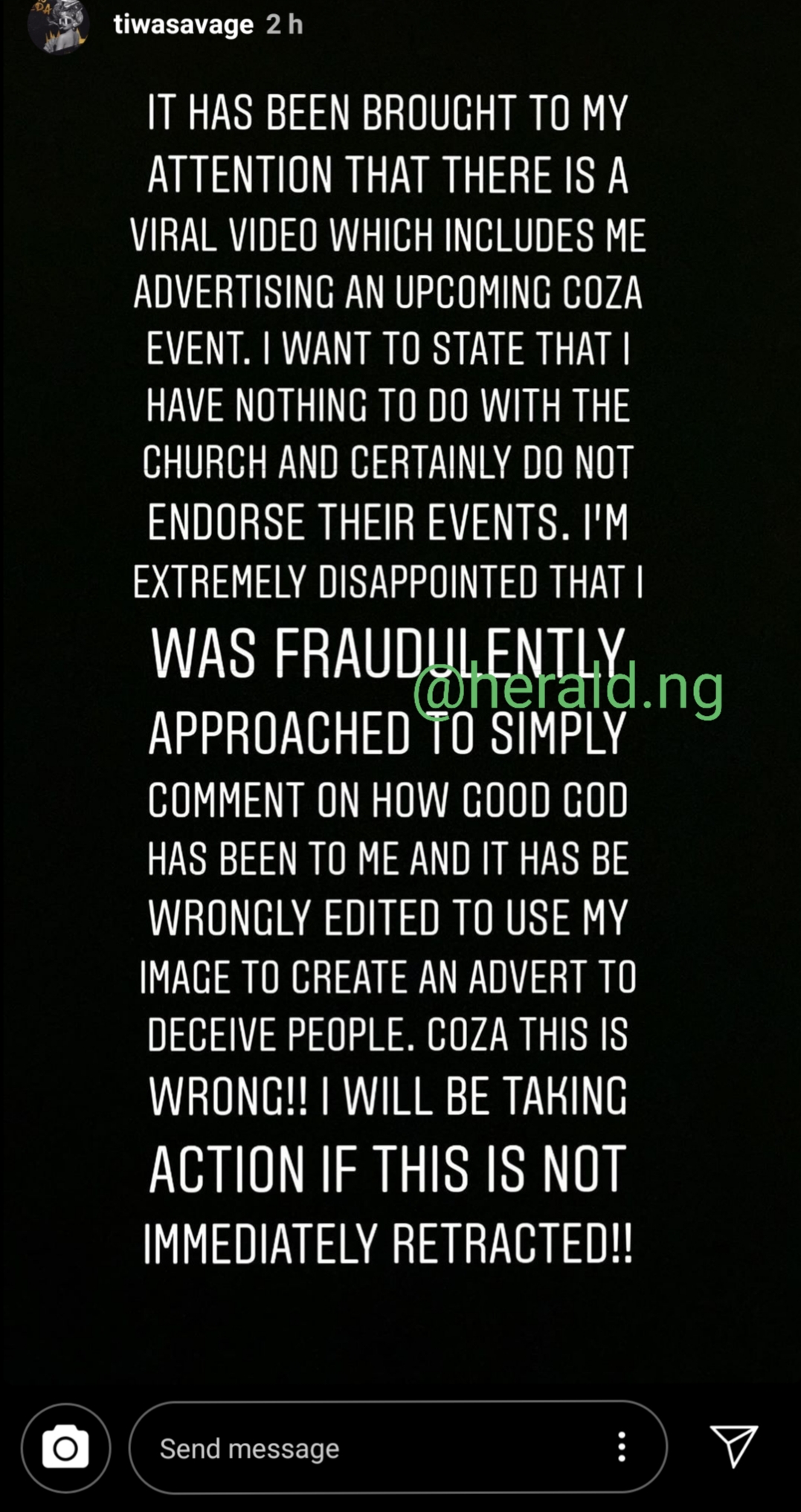 ALSO READ: I made N60m from Access bank in One Week – Naira Marley

Wizkid has also reacted to the drama saying he does not endorse any Pastor or church. 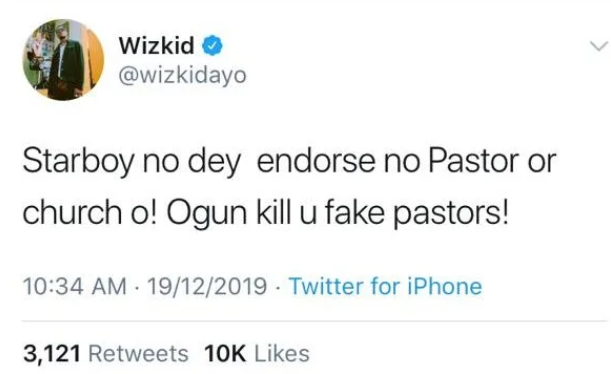 Buhari, Is N37bn Largesse to National Assembly Reward for being Rubber Stamp Legislature?