Craig David is back and is dominating the charts once again as his recently released sixth album hit the number spot in the UK, after sixteen years away.

The last time David topped the charts was with his debut album, Born to Do It, which featured hits including 7 Days and Fill Me In. It climbed the charts and stayed put in 2000 and sold seven million  copies around the world. 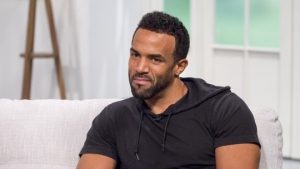 Now his sixth album, Following My Intuition, has claimed this week’s UK number one spot.

“The last number one that I had was with Born to Do It 16 years ago, so to have another and to share it with so many amazing people – it’s surreal.”

“I’m seeing two generations connecting – the people who have been with me since 1999 and the crew who are just discovering me, both connecting on the same music, it’s the most amazing feeling. Thank you so much from the bottom of my heart.”

Craig David currently resides in Miami and is a DJ and songwriter.