Read What Cristiano Ronaldo Wrote On His Boot Before Uruguay Clash

Cristiano Ronaldo’s Portugal may have crashed out of the World Cup, but the five-time FIFA Ballon D’Or winner used their last game to send a very important message.

CRISTIANO RONALDO has enjoyed a superb World Cup with Portugal so far.

His goals without a doubt led the nation to the last-16 – including a stunning hat-trick in the 3-3 draw with Spain.

As Ronaldo lined up for the last-16 clash with Uruguay in Sochi, fans were quick to notice the Portuguese ace had writing on his boots.

Ever the family man, CR7 appears to have the name of his two daughters – Alana Martina dos Santos Aveiro and Eva Maria Dos Santos – on his right foot.

In Saturday evening’s clash with Uruguay, the doting father had the name of his four kids etched on his boots.

On the left boot, Ronaldo had Cristiano Jr and Mateo – the names of his two sons – etched on. 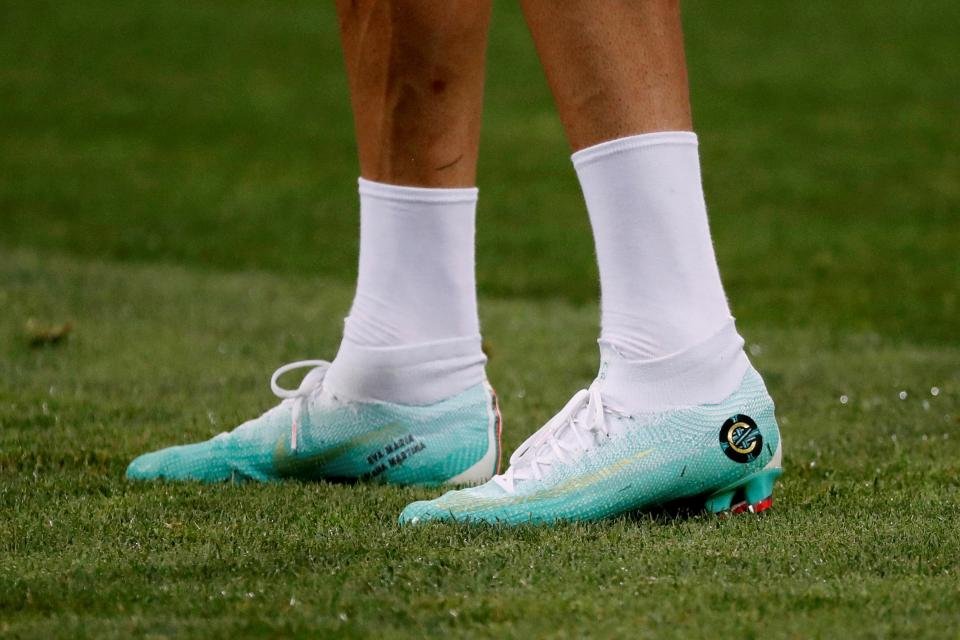 Portugal lost 1-2 to Uruguay courtesy of an Edinson Cavani brace.

Pepe, however, pulled one back for Portugal.

Cristiano Ronaldo has the names of his four kids on his pair of boots.

Ronaldo never shies away from speaking about his little ‘uns either, recently waxing lyrical about Cristiano Jr.

“Everyone who meets him is surprised at how confident he is. That makes me feel very proud as a dad.

“Often it’s difficult to get him to sit down and have dinner because he’s always outside kicking a football. I suppose it’s in his blood.”

1000 souls may be killed if Buhari doesn’t quit – Bishop

Didier Drogba, Wife Call It Quits After 20 Years Together

Nigerian player suspended by Egyptian league side after beating up Salah