South-African born Hollywood Star Charlize Theron has attracted the attention and condemnation of some of her fans who have questions regarding her intentions in dressing her six year old adopted Son, Jackson as a girl. 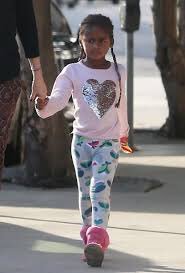 There have been rumours going round for years that charlize had been raising the boy she adopted from her native South-Africa as a girl; rumours certified to be true with recent pictures surfacing on social media and physical sightings by fans.

Before and after photos of young Jackson dressed as a boy and later as a girl have made people ask “What are you doing Charlize?”  Most People think that the boy was too young to articulate his gender preferences.

“This is what happens when whites adopt Black children,” one person wrote.

While some of her fans have applauded the behaviour saying it was the right thing she did some others keep calling her out regarding the way she was raising the boy.

A fan wrote while posting a picture of mother and son/daughter, “in other news I’m really bothered and my heart won’t settle with this pic! This is actress Charlize Theron and her adopted Son”. 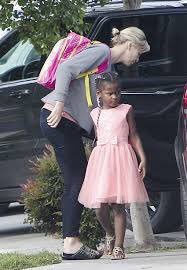 The fan accused her of lying to people that the boy preferred to be dressed as a girl, stating that not only was the boy too young to decide for himself, and it was her decision because she herself believed that “gender is a spectrum”. The fan observed that it wasn’t only Jackson that was being dressed like a girl, but August, the other adopted son is also being dressed like a girl.

The fans who accuse the Hollywood superstar of influencing the young child’s interest also wondered why she just didn’t adopt a white girl instead of doing this to a young black boy.

Some others expressed their wish to save the boy from bad parenting stating that something needed to be done about the way the children in the care of the Hollywood superstar are being raised.

Jealous doctor tries killing boyfriend of his crush with drugs

Nigerian Consulate in New York to enrol nationals for NIN