Cubana Chief Priest Reacts To Assault Allegation Against Him

Pascal Chibuike Okechukwu popularly known as Cubana Chief Priest has debunked claims that he physically assaulted a woman in Owerri.

The Herald earlier reported that one of the female workers of Cubana Chief Priest filled a complaint against the socialite, accusing him of assault at a Cubana nightclub in Owerri which he manages.

According to @Rukkyjib, the incident occurred on Saturday August 23. She alleged that Cubana Chief Priest hit her in the face with a clenched fist and was prevented from attacking her further by eyewitnesses at the scene.

Read also: Newborn makes triumphal entry into the world with Mother’s contraceptive coil in his hand

She also revealed that she won’t take the alleged assault incident lightly and has reported him to relevant authorities to get him arrested. Cubana Chief Priest, reacting to the accusation said it’s a lie.

He wrote: “My Attention Has Been Drawn To A Certain Post From A Staff Of Ledrop Nigeria @ledropnigeria @glenfiddichwhisky @remymartin @champagnelaurentperrier Etc On A False N Defamatory Post About My Humble Self Saying I Punched A Woman But The Pic Shown No Fit Be A Punch From A Man Of My KG, Am A Lover N Proud Supporter Of Women,

“A Happily Married Man With Kids, My Biggest Dream Is To Have A Baby Girl Of My Own Which God In His Infinite Mercy Will Soon Grant, I Have Instructed My Legal Team To Take Action Urging The Nigerian Police To Investigate Properly This False Accusations,

“This Brand Wrote To All My Partners Saying Am A Violent Person That Was Why The Did Not Renew My Contract With Them, As You Guys Can Remember I Brought Out This Said Brand From Inception Introduced It And Sold It Out, Attached Is Their Letter To All My Brands Trying To Strip Me Off All My Numerous Mouth Watering Deals Also Attached Is My Last Emails With Them Before I Left The Brand Where They Were Asking For A Renewal Which I Refused Moving Forward,

“Let Me Leave It At Here For Now Only Time Will Tell, I Cant Work With You @ledropnigeria Forever I Moved From Good To Best I Don’t Know Why You Have To Be Extremely Pained About My Latest Whiskey Commercial Trending” 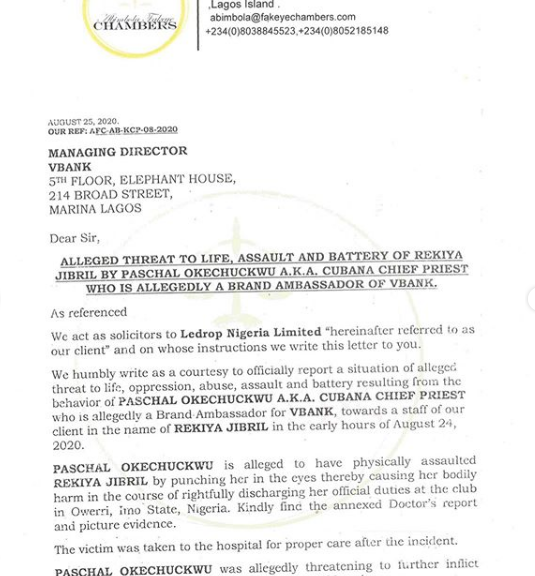 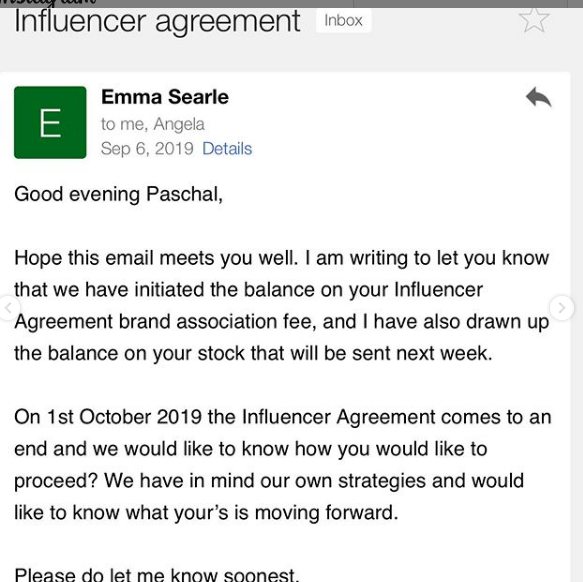 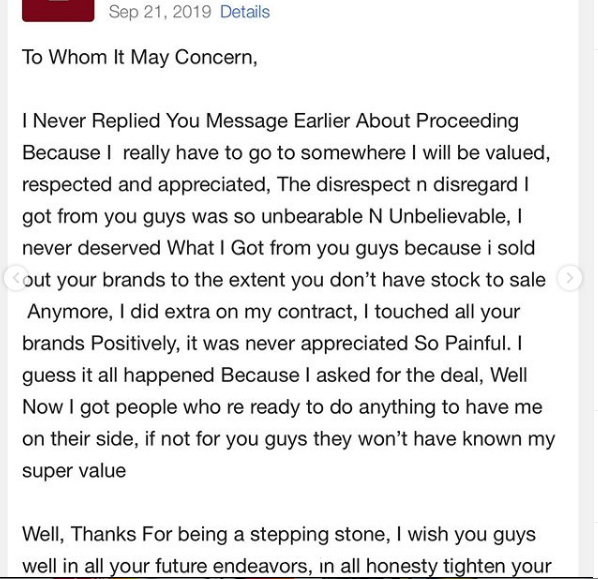 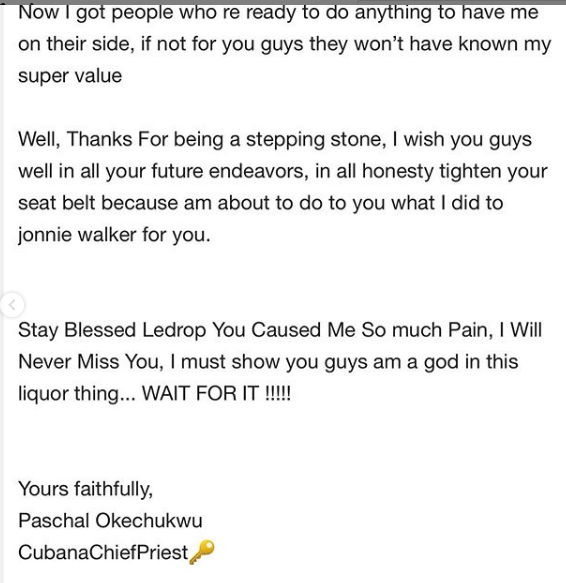 After 7-Year Wait, Lady Dies After Giving Birth To Quadruplets

BBNaija: Kess’s wife, Angel, sends a message to his fans