Alian Lobognon, a former sports minister, who is currently serving as a Minister of Parliament in Ivory Coast, has been sentenced to 12 months in jail plus a fine of 300,000 CFA ($523).

Lobognon was arrested and prosecuted for posting on social media that one of his colleagues in the parliament had been arrested on suspicion of embezzlement but later freed without proper investigation.

It was gathered that the statement he made via his media handle soon degenerated into unrest as citizens began to show demonstrations which caused a “disturbance of public order.” 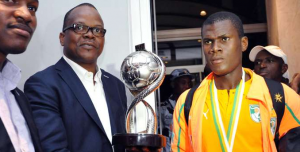 His case was heard in court on 15th of January, which was followed by a house arrest.

At the last hearing on Tuesday, Lobognon was without his lawyers as they had to leave the courtroom since all their exceptions, which included their client’s parliamentary immunity were rejected.

The MP was subsequently given his sentence and while explaining the outcome of the proceeding to newsmen, Lobognon’s lawyer insisted that the case will be taken an appeal court. She stated that the case was obviously politically motivated due to the fact that her client was close to the current Speaker of the parliament, Guillaume Soro, who has a beef with the current president, Alassane Ouattara.

Also, read: APC has no candidates in Zamfara, INEC insists

Senate President to Governors: Restructure your States before calling for…