Olawale disclosed he made an unsuccessful N24,011 POS/WEB transaction on 14th September. According to him, the funds did not reach the destination account after he was debited.

Although, Olawale lodged a formal complaint with the customer service of GTBank, he was yet to get a refund as at the time of this report.

The aggrieved customer took to Twitter to express his frustration over his awful banking experience with GTBank.

Other customers with similar banking experience also jumped on the thread to  criticize the new generation bank.

I use this medium to bring to your notice fraudulent activity of @gtbank.

@gtbank has defrauded me 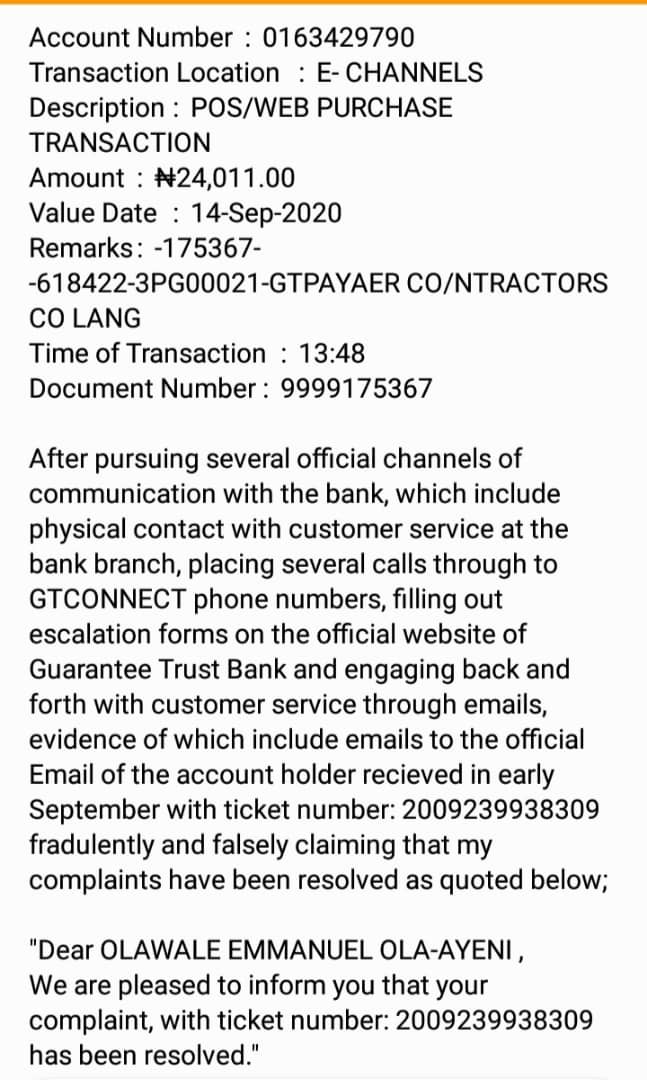 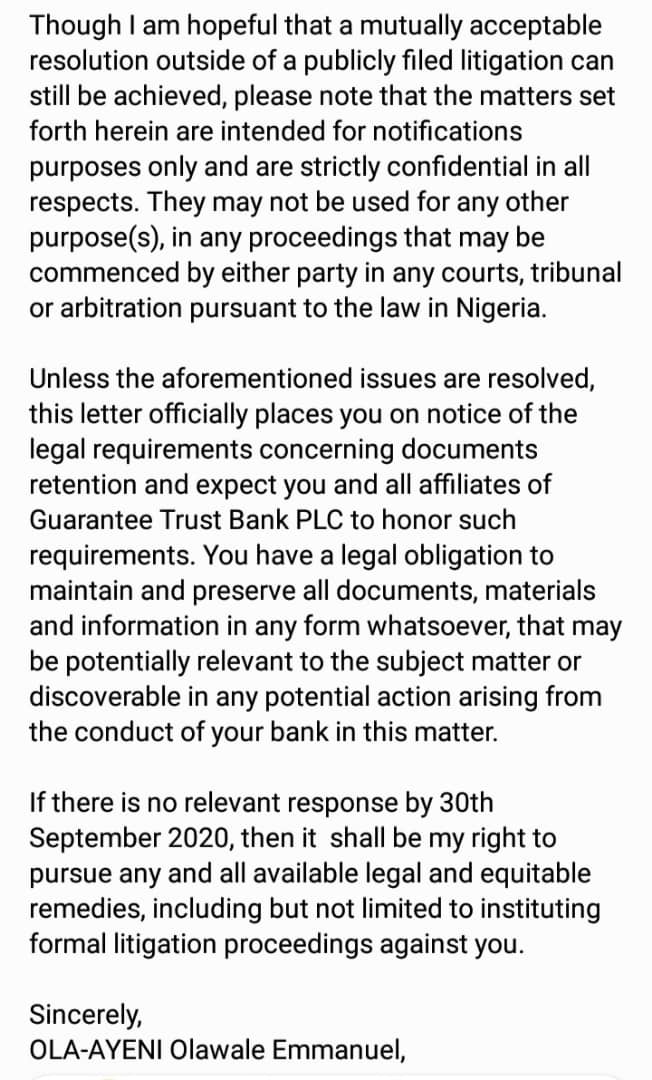 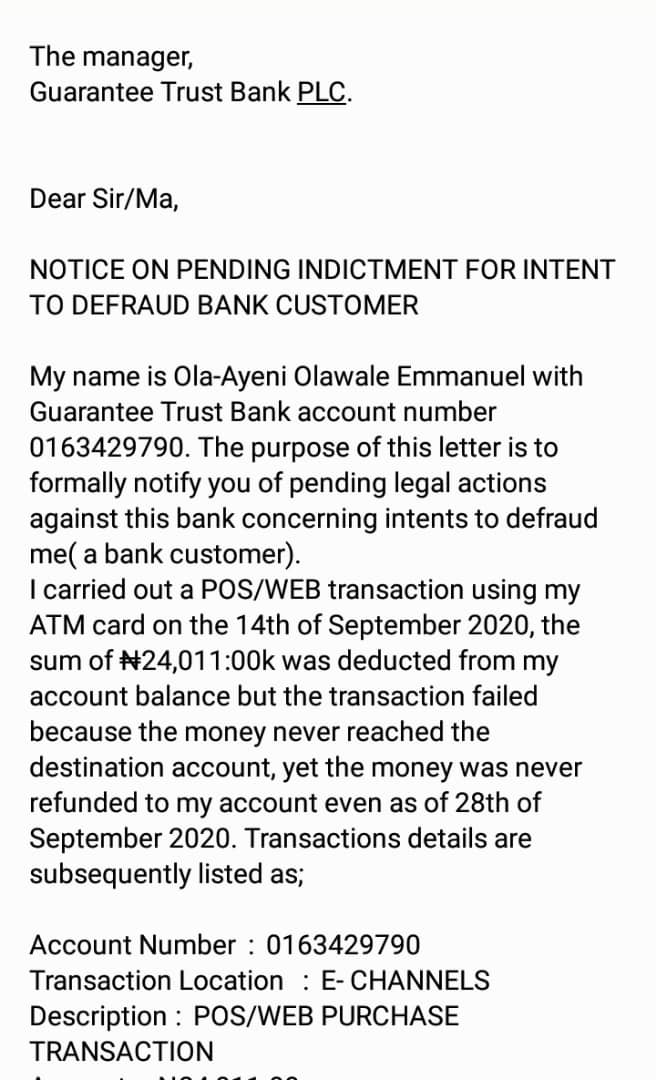 @gtbank Refund my money, I need my money.

Help retweet if this appear on your timeline 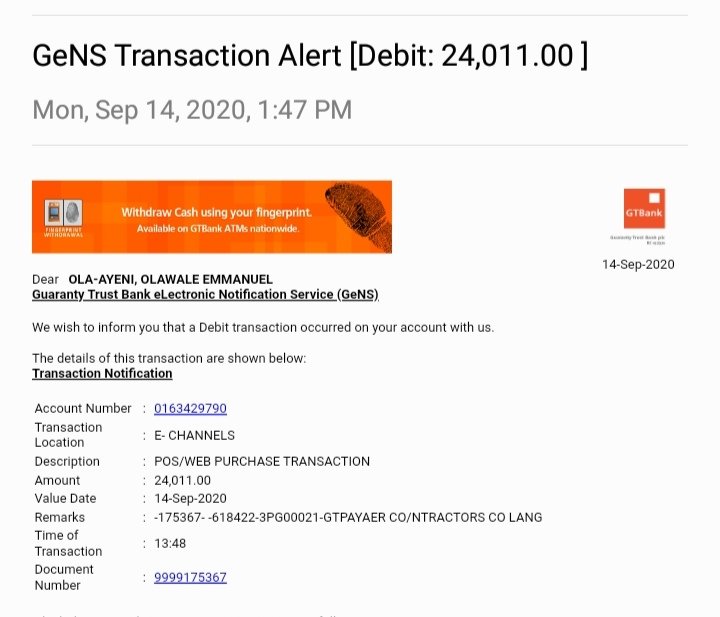 Another GTBank customer @VeronicaTee identified with Ola-Ayeni’s experience. She tweeted;

No be today whey dem dey do am.

They did same to me in 2018, Western Union confirmed the money was paid to GTB, but @gtbank was pushing me from one point to another.

After sending me up and down and asking me for MTCN, they later told me it was paid out to another agent bank. 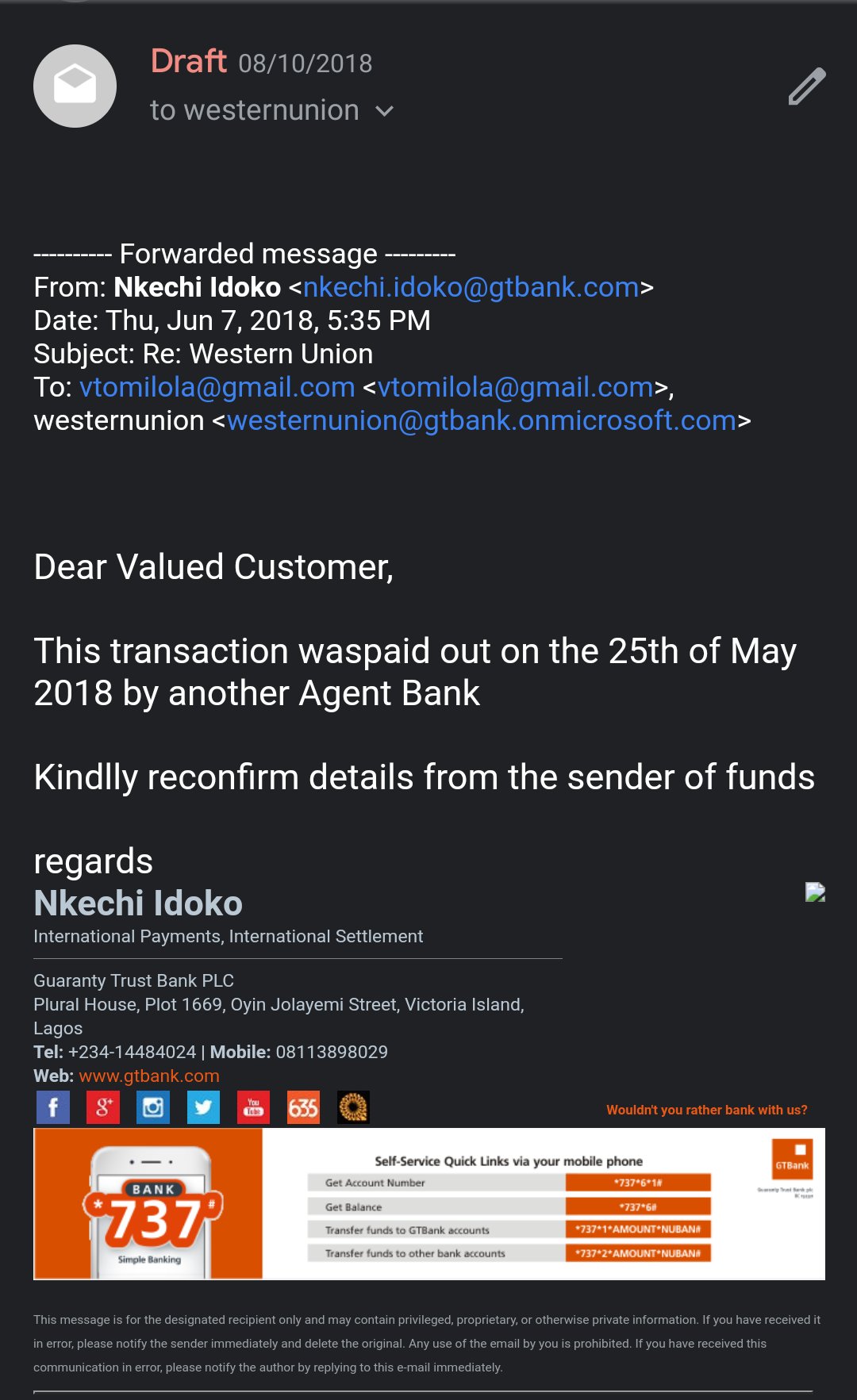 @gtbank_help is now know for organized fraud then. My failed ATM withdrawal of 10k is still with them since June 4th

My own is that they should just mistakenly refund my money. Walahi I go stop to bank with the fraudulent bank.

My own is that they should just mistakenly refund my money. Walahi I go stop to bank with the fraudulent bank.

Bro I experienced something of sort. It took them 2 months to revert my money. I was stranded in a foreign land and had to beg passers by for money.

I Have this same case with @gtbank .. I tried to make an online transaction for 2 months ago and have been complaining about almost immediately..

I was told later that there are investigating and till date have heard nothing.. the amount is 15k

Wow happened to my customer 20,400 Naira, I use a Gtb Pos for my agent banking he was debited and was never reverted 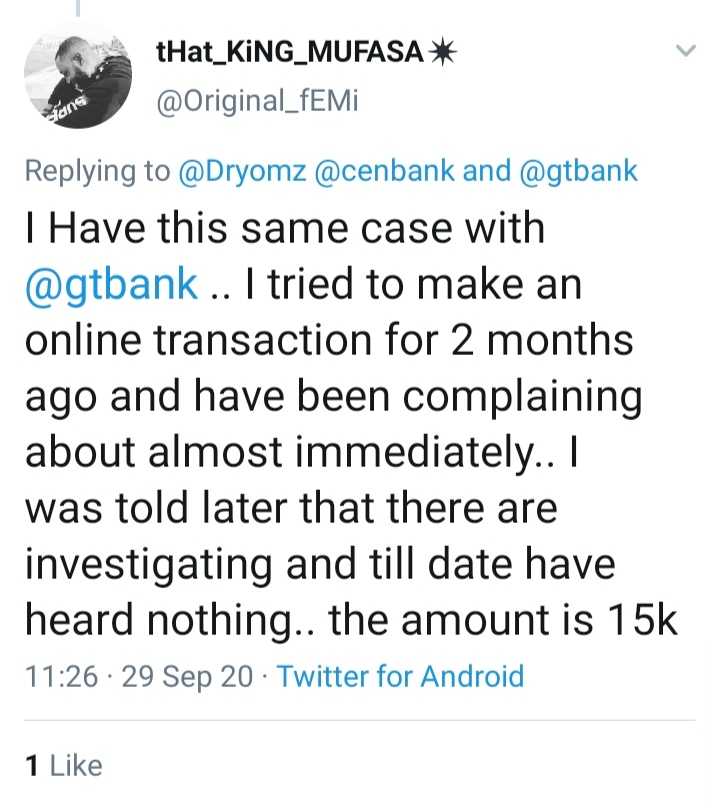 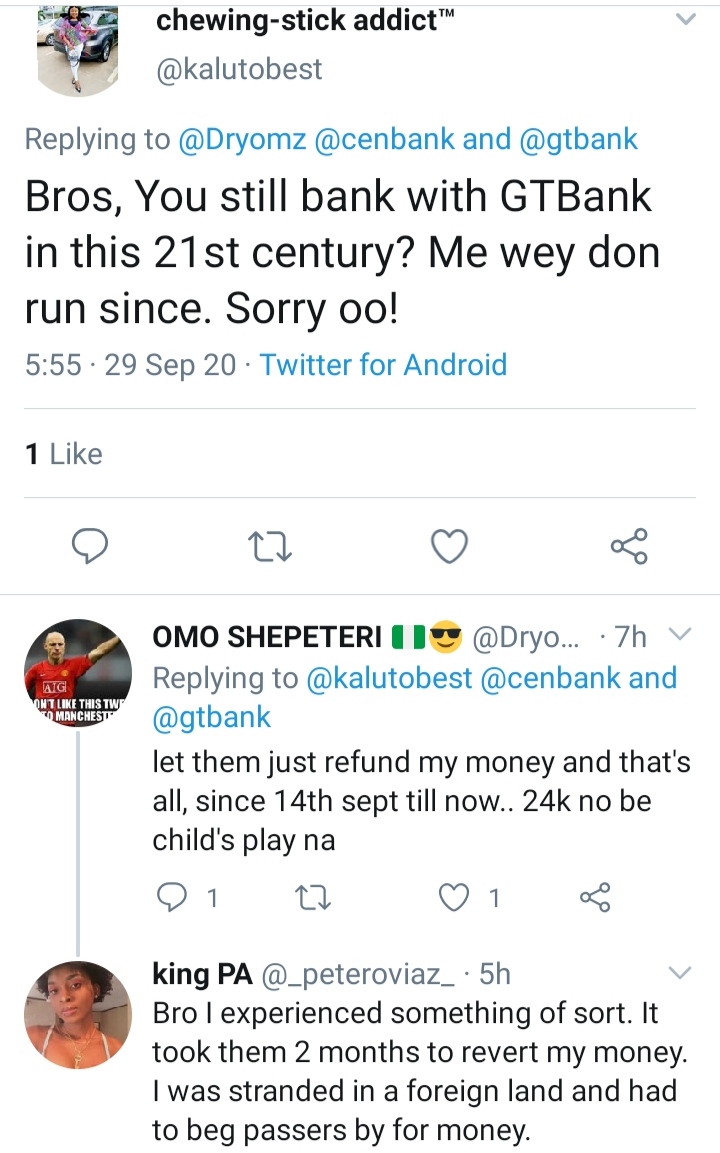 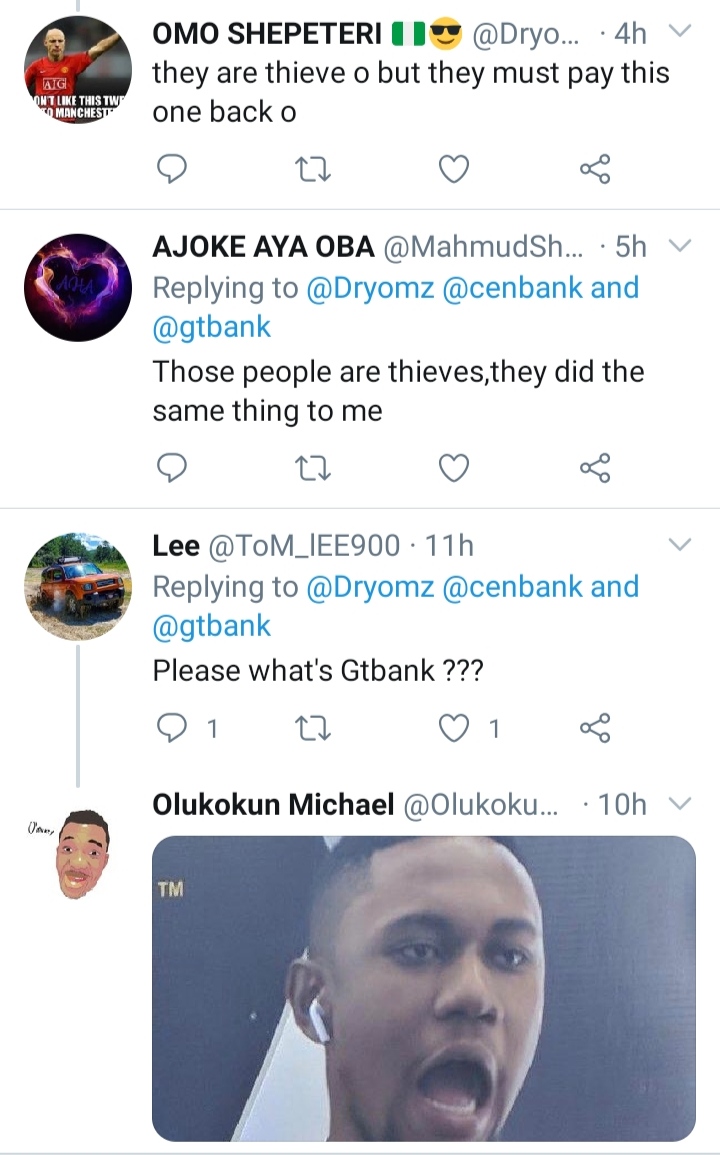 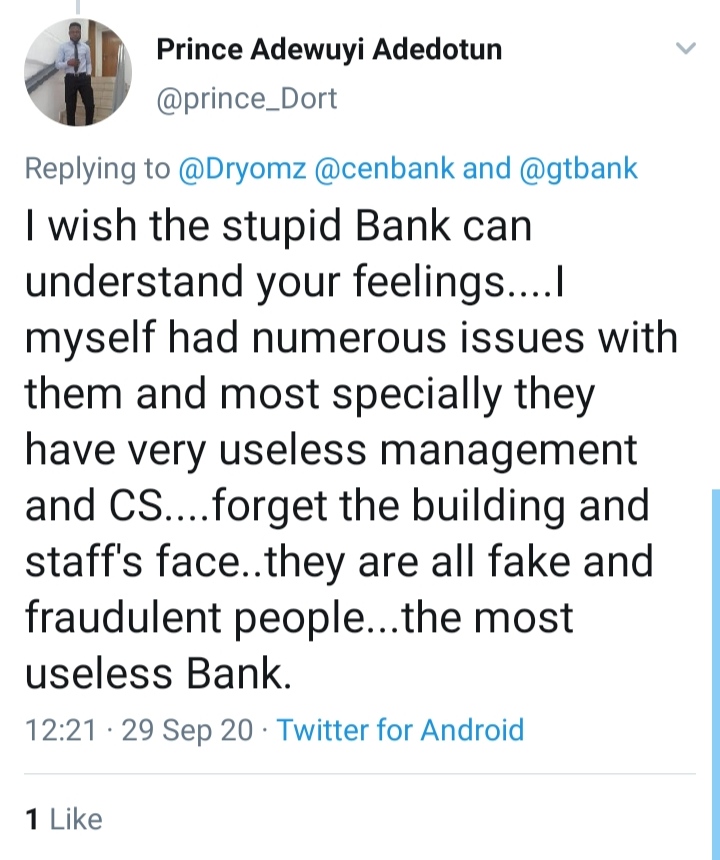 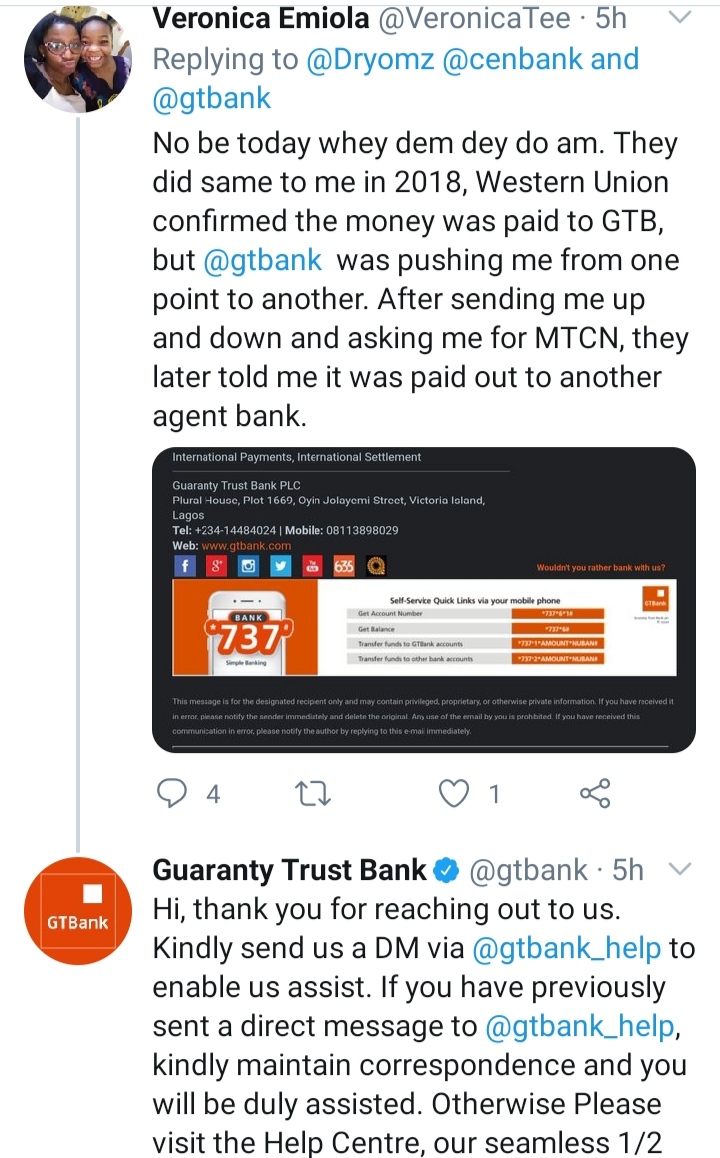