In a detailed statement released by Joy on her Instagram page, she revealed how Cynthia Morgan was never in anyway forced to do anything when it came to her branding and image.

She disclosed how Jude Okoye rented an apartment for the singer and also gifted her a Range Rover. “I parted ways with Cynthia Morgan after I realized that she was no longer manageable”, Joy disclosed after the singer became unreasonable and demanded an exit from Jude’s record label.

Read the full statement below: 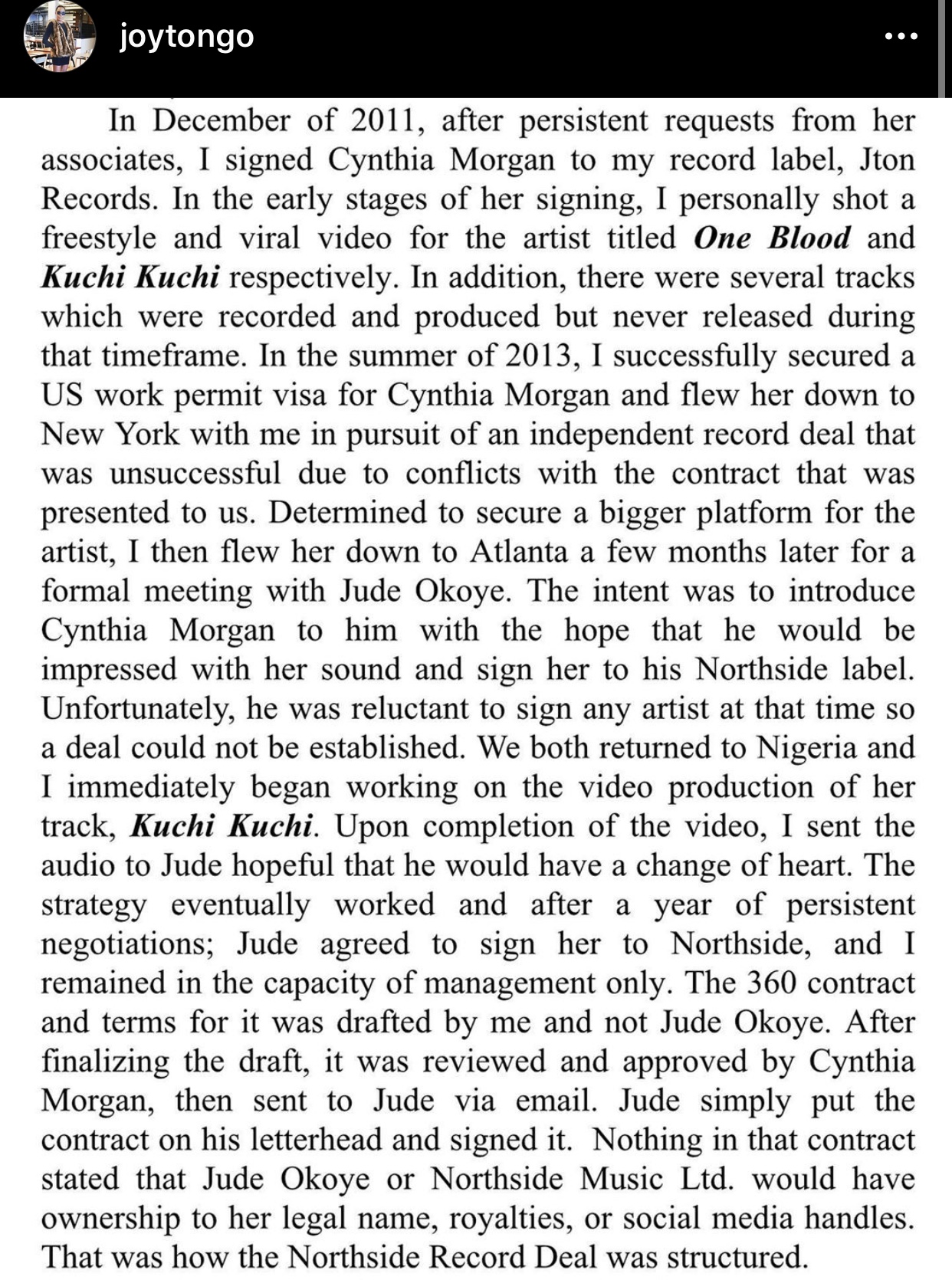 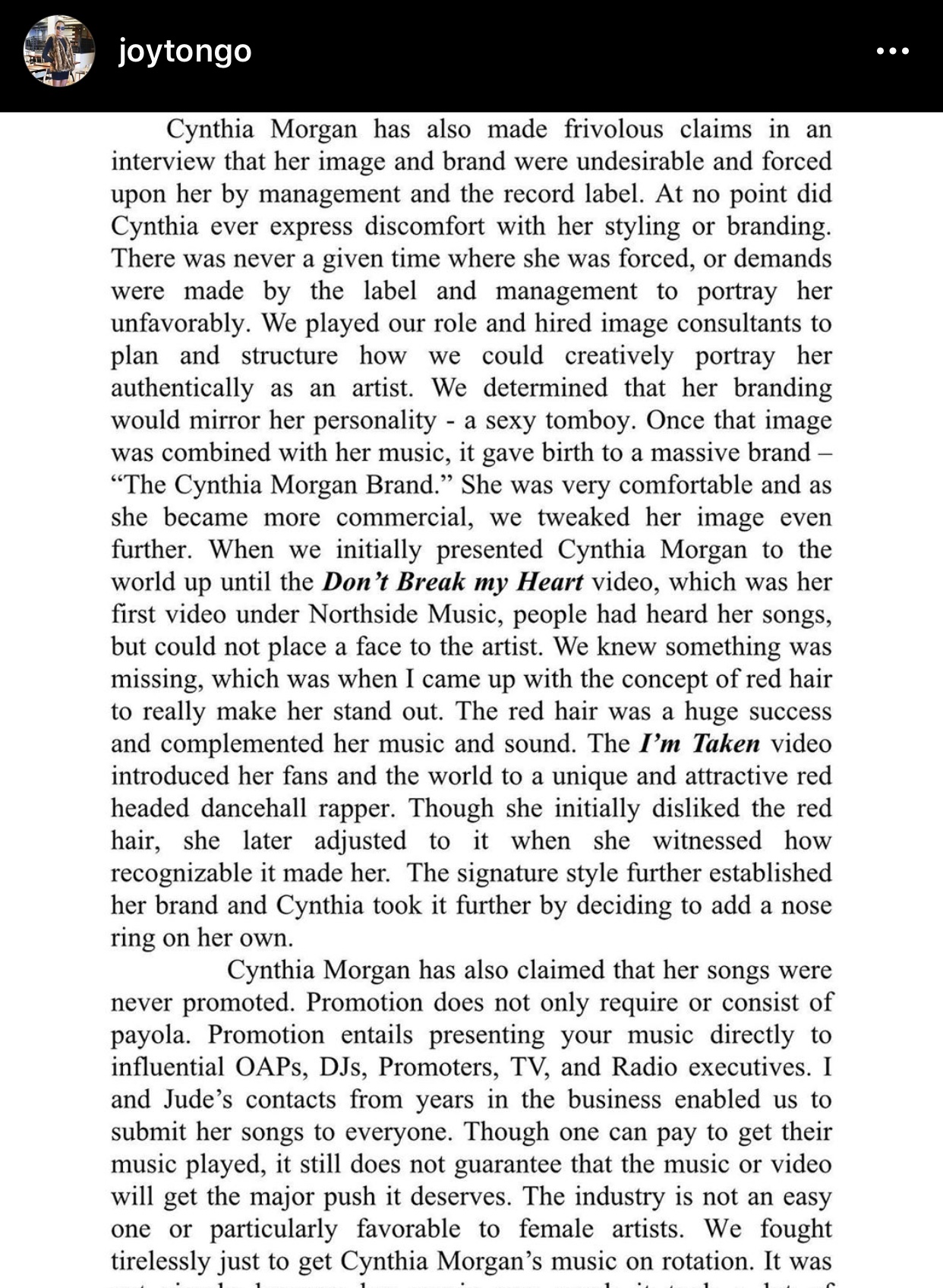 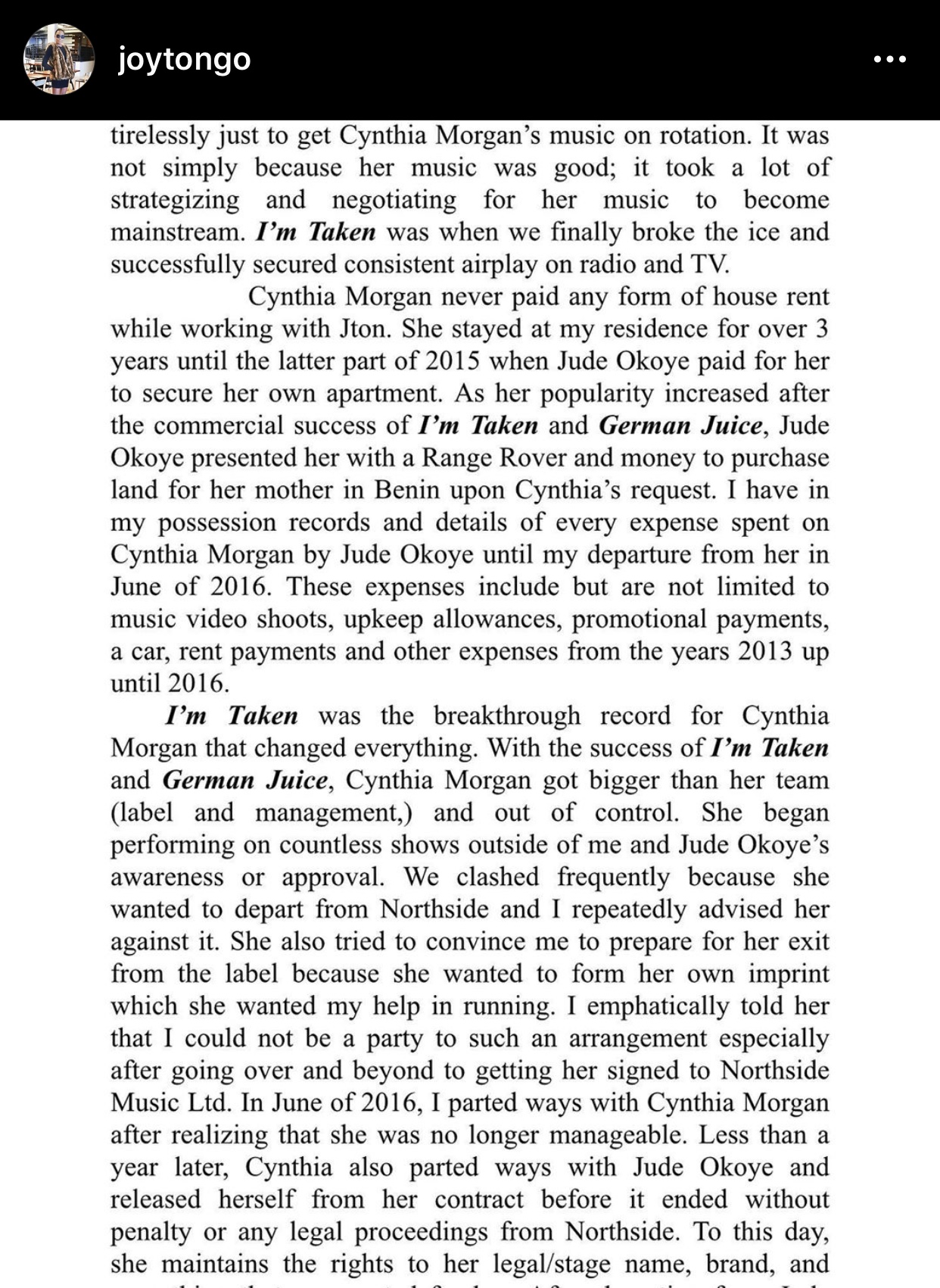 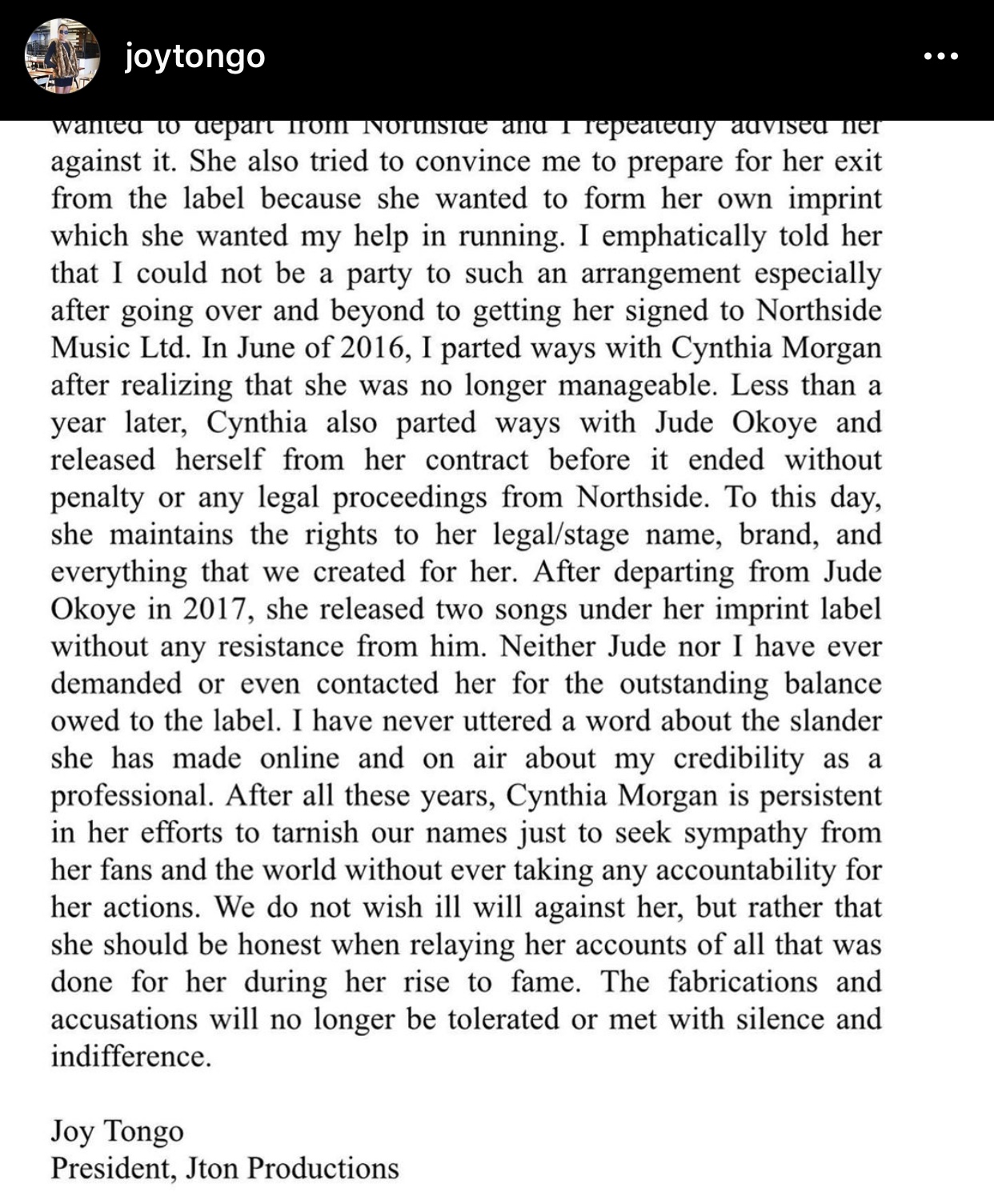 This statement comes hours after Joy slammed the singer, claiming that she’s owing over $30,000 and just seeking for self pity online.

Joy Tongo, reacting to the singers revelation earlier said: “Cynthia Morgan this is 2020, we haven’t forgotten all your dirt ! Internet does not lie , emails does not lie and much more . I am coming for you ! All the dirt you did to I and Jude and others you must pay this time around . Is over 4 years and you are still talking trash!

“Record Label /Management are not a charity organization . As Cynthia Morgan’s formal manager from 2011-2016 who have never spoken out , I can boldly say No one killed your career . Your Pride and your nasty attitude was your downfall . You used your own hands and mouth to kill your once bubbling career. Since you can’t own up to your downfall of your music career and you are now trying to get people to have sympathy for you after 4 years , let me remind you shortly .”