Bigamy claim: “This is utter rubbish” – Daddy Freeze explodes, dares blogger to drag him to court

Popular media personality, Daddy Freeze has debunked a report that he impregnated his new wife, Benedicta Elechi, while she was still married to her ex-husband, Paul Odekina.

Daddy Freeze, whose real name is Ifedayo Olarinde, made the clarification while reacting to a blog (not The Herald) post that claimed Ms. Elechi got pregnant and began to live with him while still legally married to Odekina.

The report was posted on Wednesday, a day after it emerged that the media personality wedded his longtime partner in the United Kingdom. 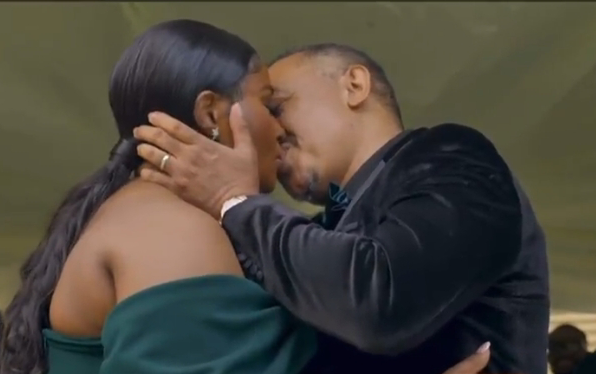 “Paul Odekina was married to Benedicta Elechi when Benedicta met Daddy Freeze and fell in love with him.

“Then Benedicta left Paul, went to live with Daddy Freeze when she got pregnant and it was not Paul Odekina’s baby…” the report read in part.

Reacting to the report, Daddy Freeze described it as “utter rubbish”.

He said that Ms Elechi “filed for divorce” from her former husband in 2012, adding that this was long before he met her.

Daddy Freeze dared the blogger to take him to court if he has any evidence to substantiate the claims made in the report.

“This is utter nonsense and whoever paid you to carry this is a pot of bitter leaf soup.

“Benedicta filed for divorce from Paul Odekina in January 2012. I never met her before that.

“If you have any evidence to support this your sponsored claim put it up or take me to court,” he said.

Fani-Kayode to Obi: “Can’t you just grow up and stop trying to set Nigeria on fire?”