The UK Daily Mail wrote an article about a deliverance that happened at Prophet T.B  Joshua’s Synagogue Church of All Nations, SCOAN and its readers are not having any of what was described as ‘acting’.

The young man whose deliverance session was focused on was said to have been possessed when he appeared at the Synagogue church. Being under the influence of the ‘possessor’, the young man was captured in the deliverance footage writhing on the floor.

The website’s readers took to the comments’ section to express the ridiculousness of the whole ‘staged acting’. A particularly intriguing comment from the lot was: “I saw one of these so called possessed Africans in a video who stopped acting possessed to answer his mobile phone, then continued with the act”. 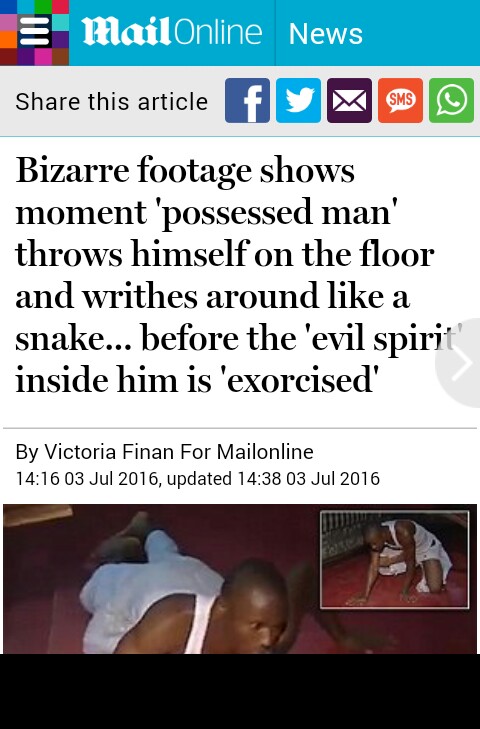 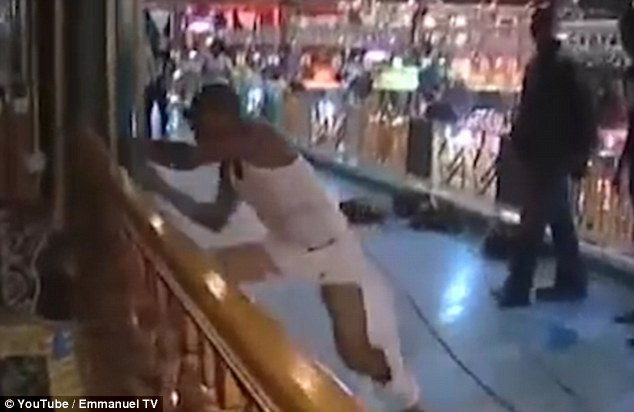 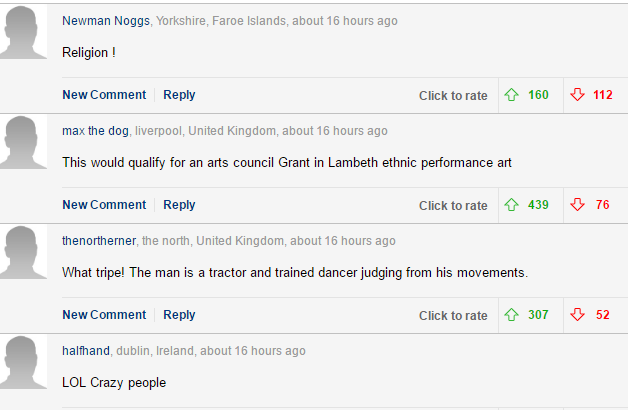 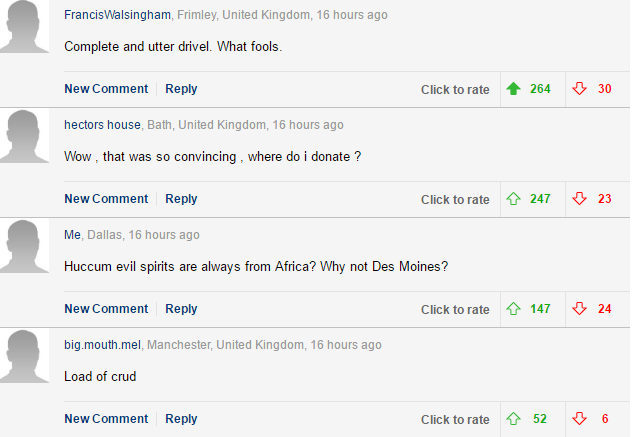 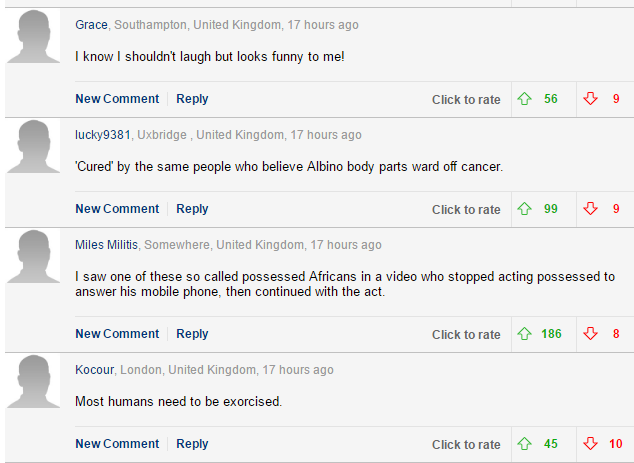 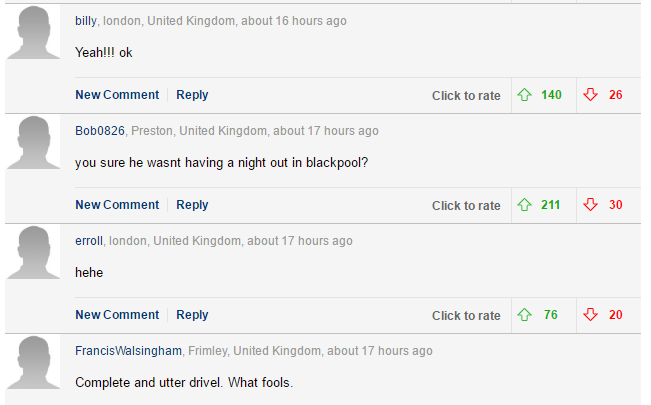