To cushion the effect of the current economic downturn, the Dangote Foundation yesterday commenced the disbursement of N400 million micro grant to 40, 000 indigent women in all the local governments in Lagos State. 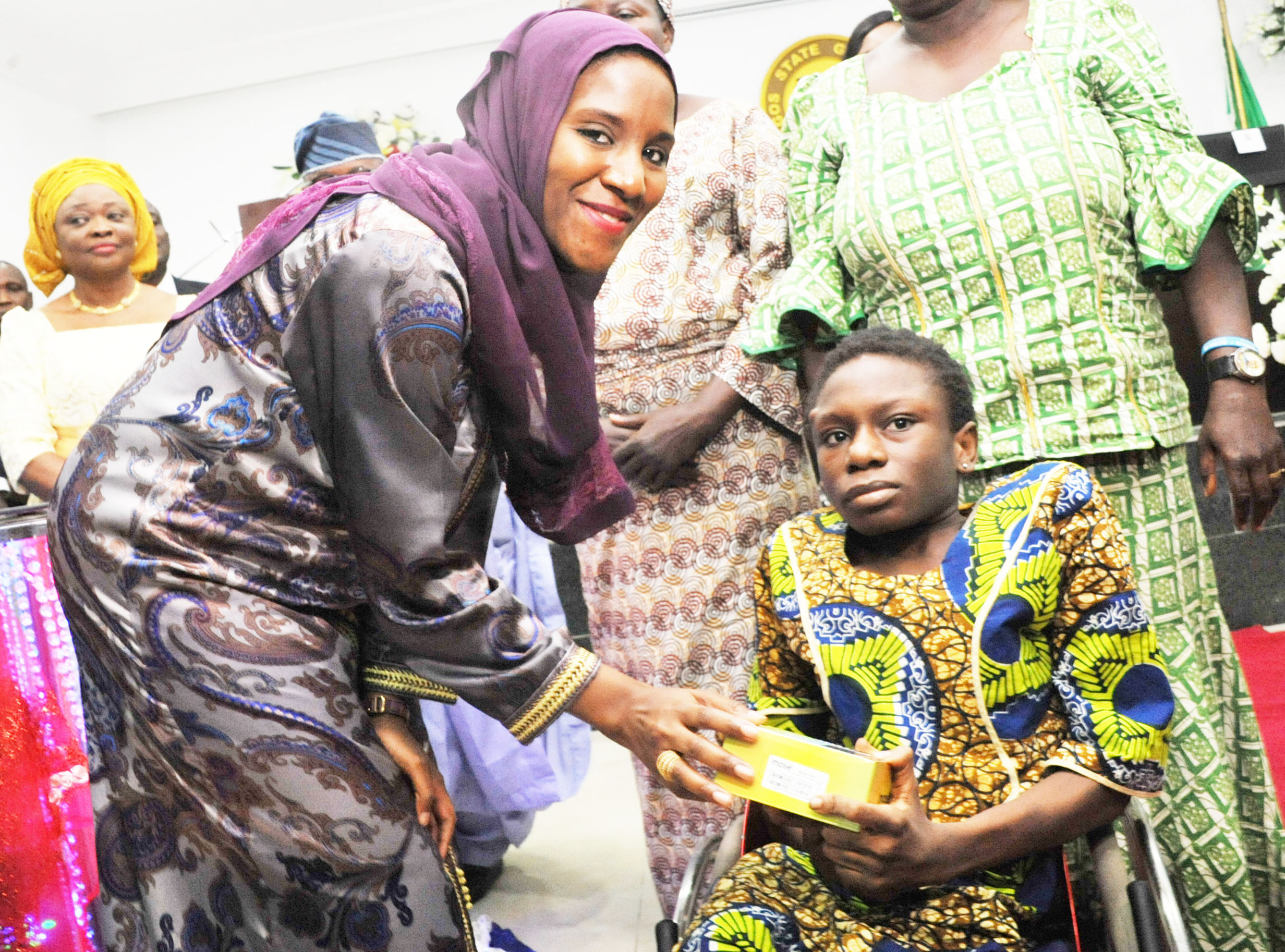 The disbursement held at the Conference Hall of Lagos Housde, Ikeja, is a continuation of grassroots poverty alleviation strategy of the Foundation set up by the renowned business mogul, Aliko Dangote in 1993. The programme is costing the Foundation a sum of N10 billion and six states have so far benefitted. 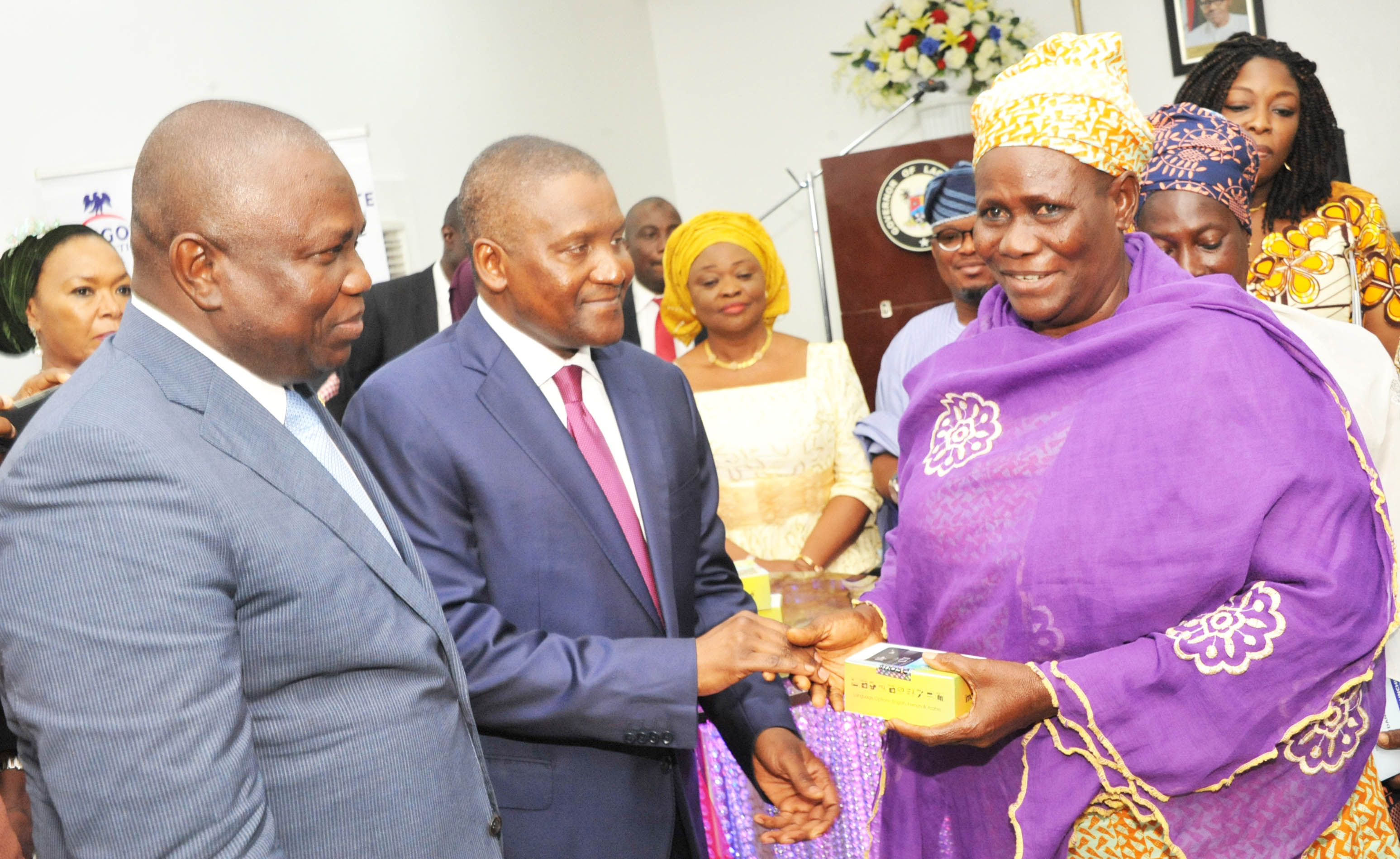 The empowerment programme which is meant to compliment the efforts of the government at all levels is targeted at the disadvantaged and vulnerable women and youths with a one-off N10, 000.00 cash transfer to boost household income generation. 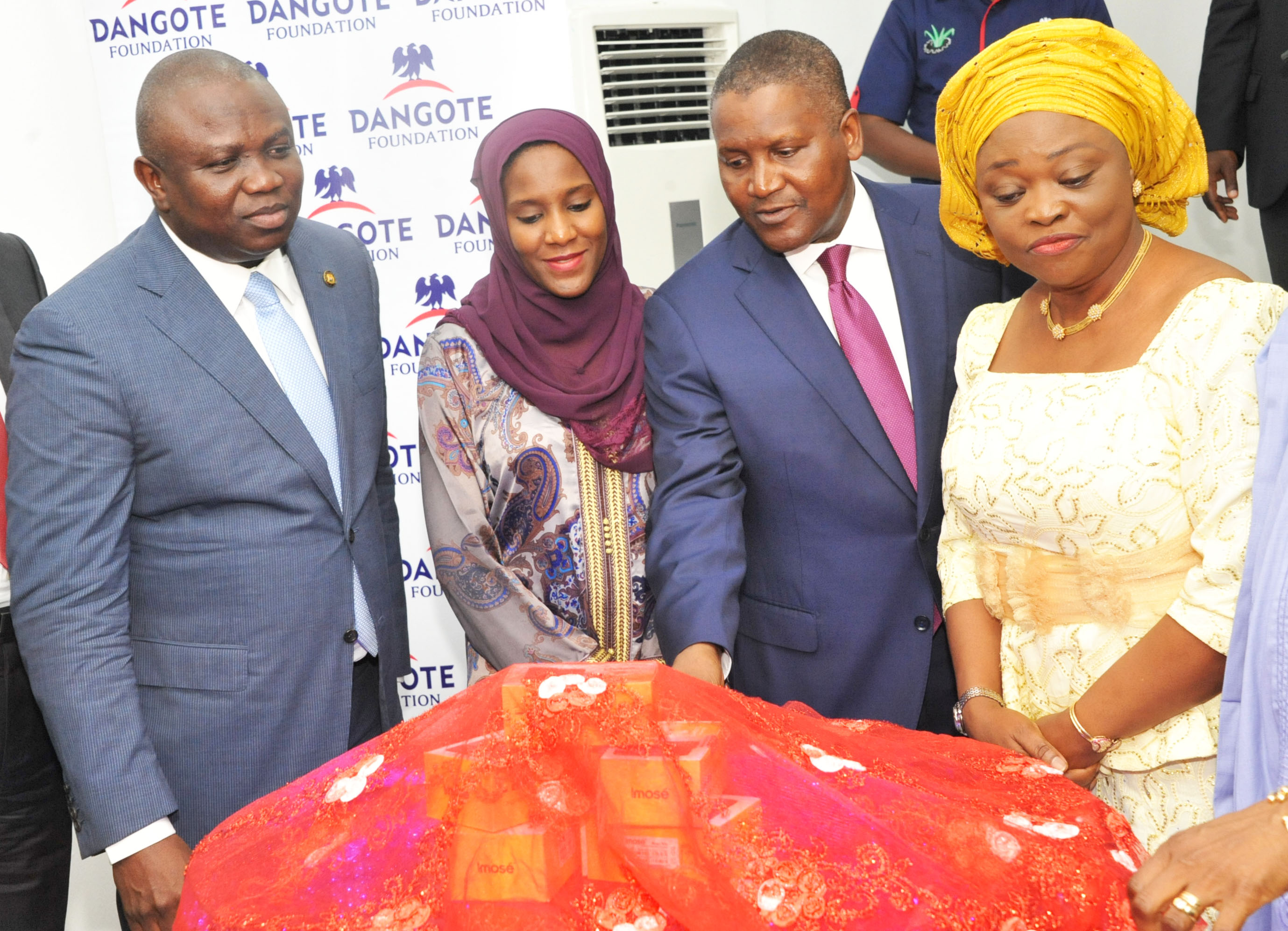 Dangote, the Chairman of the Foundation, had expressed concern over widespread poverty among the people especially the youths and the women at the grassroots and promised that his organization would institute a scheme that would help in addressing the menace.
Consequently, the Dangote Foundation came up with a micro grant scheme aimed at empowering the grassroots dwellers with funds to help them undertake petty trading so as to lift their economy.
Already, 256,500 women in states such Kano, Jigawa,, Kogi, Adamawa, Borno, and Yobe have benefited from the scheme that is expected to move round all the 774 local government areas across the nation.
However, for the first time since the programme started, the beneficiaries in Lagos are also to be given hand held mobile devices through Airtel telecommunication, while disbursement would be via electronic payments

The programme, according to Dangote is to cover at least 1000 women in each of the 774 local governments in a bid to assist the federal government in the onerous task of poverty reduction by equipping the vulnerable women with some money to help them start a trade to improve family life. However, the number of beneficiaries in Lagos has been doubled in each local government in other to reach out to a larger population of women. 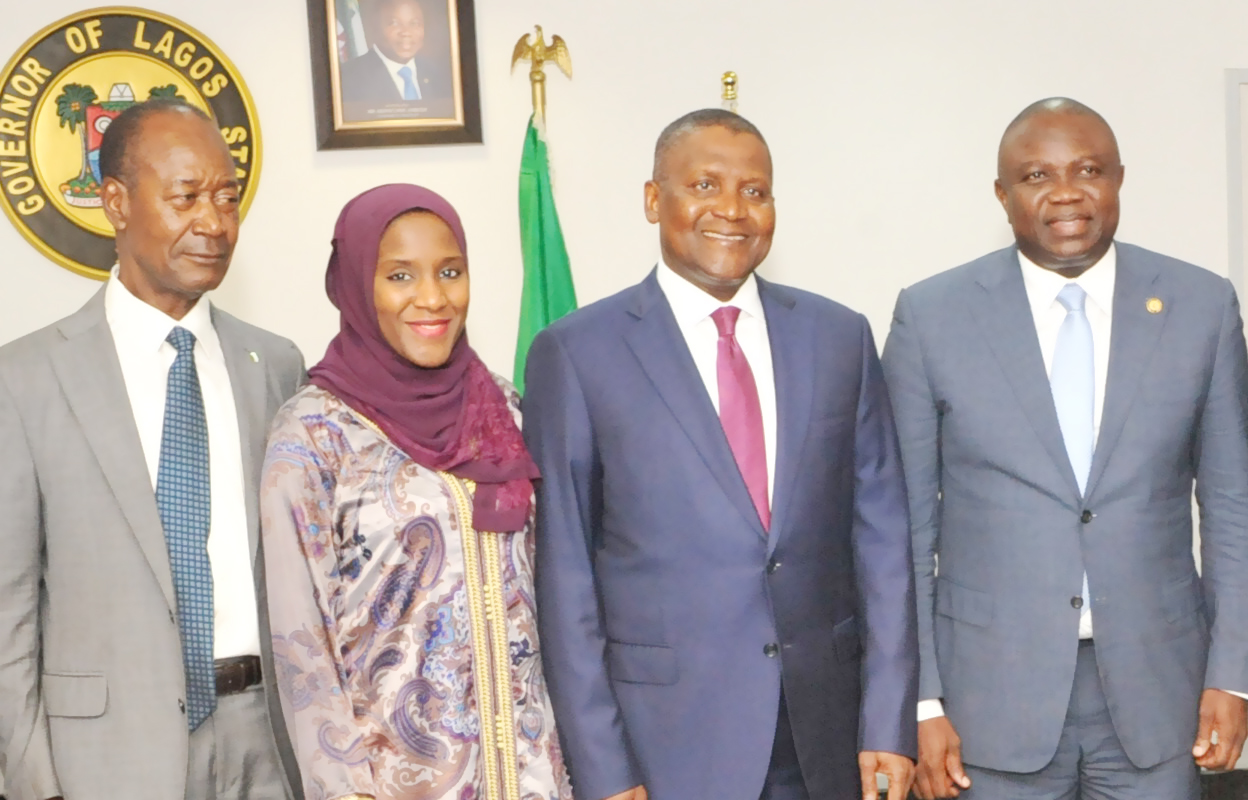 “We have chosen to partner with State governments to support women because in Nigeria, as in other developing countries, they bear the burden of poverty. And it is through their economic activities from the home, the market place or the farmlands that they keep the family, the community going meeting basic needs.

“Our research at Dangote Foundation shows that just a little push can help establish, sustain or grow several types of economic activities by our women. We believe these small grants will improve the women’s businesses and the wellbeing of their families and communities.

“This is one of the goals of Dangote Foundation’s Community Development Services”, he stated.

The Dangote Foundation, he said, sends its wishes to the women who will benefit from our grant and indeed from other government initiatives. It is their efforts and business success that will strengthen family and community bonds that are needed to transform this great state and this great country.”

Dangote then urged Nigerian government to invest in agriculture as a potent weapon against poverty saying agriculture has capacity to engage more Nigerians and give the nation much sought after foreign earnings much more than oil.

In his remark, Lagos State governor, Mr. Akinwunmi Ambode thanked Dangote for the gesture saying it’s a form of appreciation of what God has done for him in Life.

Said he: Alhaji Dangote’s decision to share his wealth with the people is an indication of his love for the people and should be emulated. He has decided to support our programme of regeneration in Lagos state, we are grateful to Dangote Foundation.”

“This empowerment programme will cover all deserving in the 20 LG and 37 Development Areas in the state. We will ensure that nobody is denied this grant not minding the political or religious leaning. We will continue to give the required environment to make business thrive in Lagos.”

The Governor then appealed to all the beneficiaries to make judicious use of the seed grant.

Welcoming the guests earlier, the Commissioner for Women Affairs and Poverty Alleviation (WAPA), Mrs. Lola Akande described the disbursement as histrionic in the state and perfectly in line with the policy trust of the state government to eradicate poverty and running an all-inclusive government.

She disclosed that the 16 Skills Acquisition Centers established by the stated government have helped to serve as panacea to unemployment, economic empowerment and poverty reduction particularly among women in the state.

Mrs. Akande said the programme which has become popular among the people of the state particularly unemployed graduates have shown to them that the much sought after white collar jobs are not readily available and therefore the need for entrepreneur skills that will make them self-reliant.
“the Dangote Micro grant scheme is to boost household income generation of disadvantaged women in Lagos state so as to reduce vulnerability and meeting their immediate needs in order to put it into useful ventures so that they could be self-reliant”, the Commissioner stated.