Davido Reacts To Rumours Of Hitting Rema At BBNaija Backstage

Davido has weighed in on the ongoing allegation of slapping Mavin star, Rema at the backstage of the Big Brother Naija arena during the Grand Finale.

The news of the allegation began to circulate by a Twitter user who tweeted that Davido slapped Rema after the Mavin star’s bouncers stopped Big Brother  Naija lockdown housemates from taking selfies with him during the finale show which held last Sunday in Lagos. 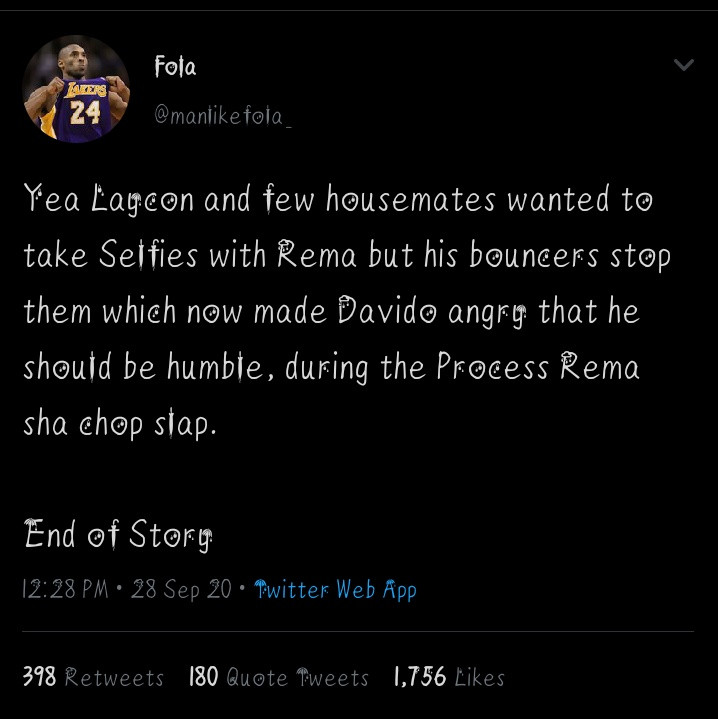 The malicious tweet quickly garnered a lot of public opinions.  Although hours after the Twitter user who may have seen the damage he could cause quickly retraced his steps, He went on to reveal that his tweet was a lie and a joke.

Davido who caught wind of the tweet had to put out a word of his own. He called out the user to put himself in order so as not to mislead people. In a direct response to the user, The Fem singer tweeted:

The singers are yet to give their version of what really transpired at the event. Watch this space.