Davido has spoken out against those who have attacked him over his friend Tagbo’s death stating that his hands are clean.

The Singer has had to face a lot of criticism with reports alleging that he lied to police and he was among those who abandoned Tagbo’s dead body at the hospital.

He took to his social media to speak out against this saying; “Lies everywhere due to respect for Tagbo and his family, I haven’t spoken about this issue since.

“Soon a statement and footage will be released, enough is enough.

“God bless you guys!!! everyone be safe.

“My heart is pure and the world knows, please God keep my heart the same.

“Plese don’t give me a change of heart Lord, I shall remain a giving being.”

You can check out his posts below. 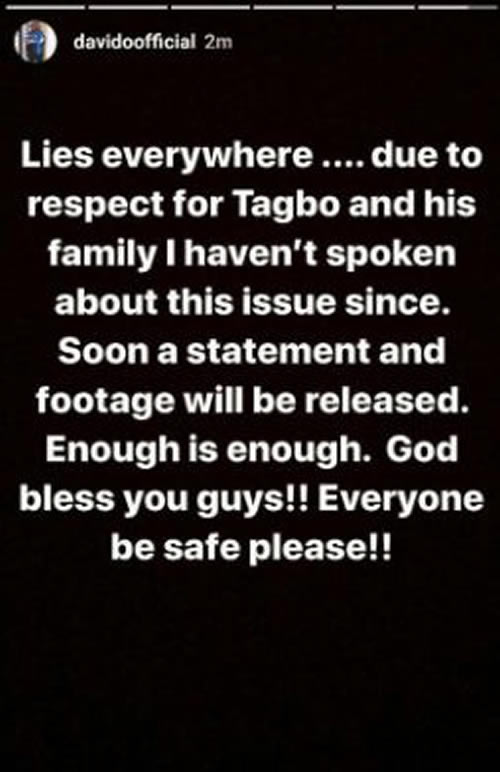 Peter Obi and Willie Obiano used and dumped Us- Ex-Coucillors

BBNaija’s Ka3na Speaks On Her Relationship With Lucy

“Burna Boy Was Not Paid To Feature In My Song, Jerusalem” – Master KG