Ace musician, Davido says he will donate N200 million raised from his fans, friends and associates to orphanages across Nigeria.

Davido was trending for most of this week after he took to social media to appeal to his friends for money ahead of his birthday.

The musician raised tens of millions within hours of making the announcement, with notable names like Akin Alabi, Femi Otedola, E-Money, others contributing.

However, in the Saturday post, Davido said he raised N200 million from the effort.

He said the whole sum raised plus N50 million of his personal funds would go to orphanages across the nation. 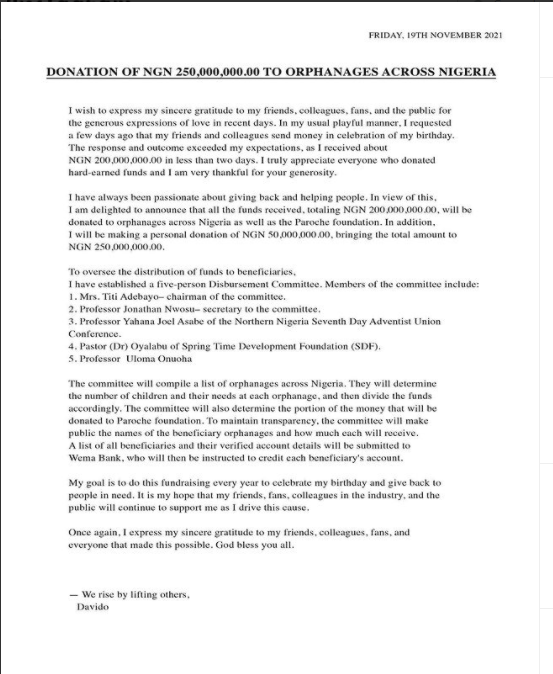