In the document dated 22 June 2020, Amudo via his law firm has given Olunloyo three days to meet their demands which read in part: “Immediately cease and desist in publishing defamatory statements about our client. whether the statements are made by you or via third parties you have initially disseminated these statements too.

“Cause a public retraction and apology to be published by you on your Instagram and Twitter social media platforms and also two (2) widely read and circulating newspapers within our jurisdiction stating that your statements are inherently and utterly unjustified and baseless.

“Compensate our client in the sum of Two Hundred Million Naira (200,000,000) only. through our law firm to alleviate his assaulted and battered image and the psychological trauma your statements have consequently brought upon him.”

See copy of lawsuit below: 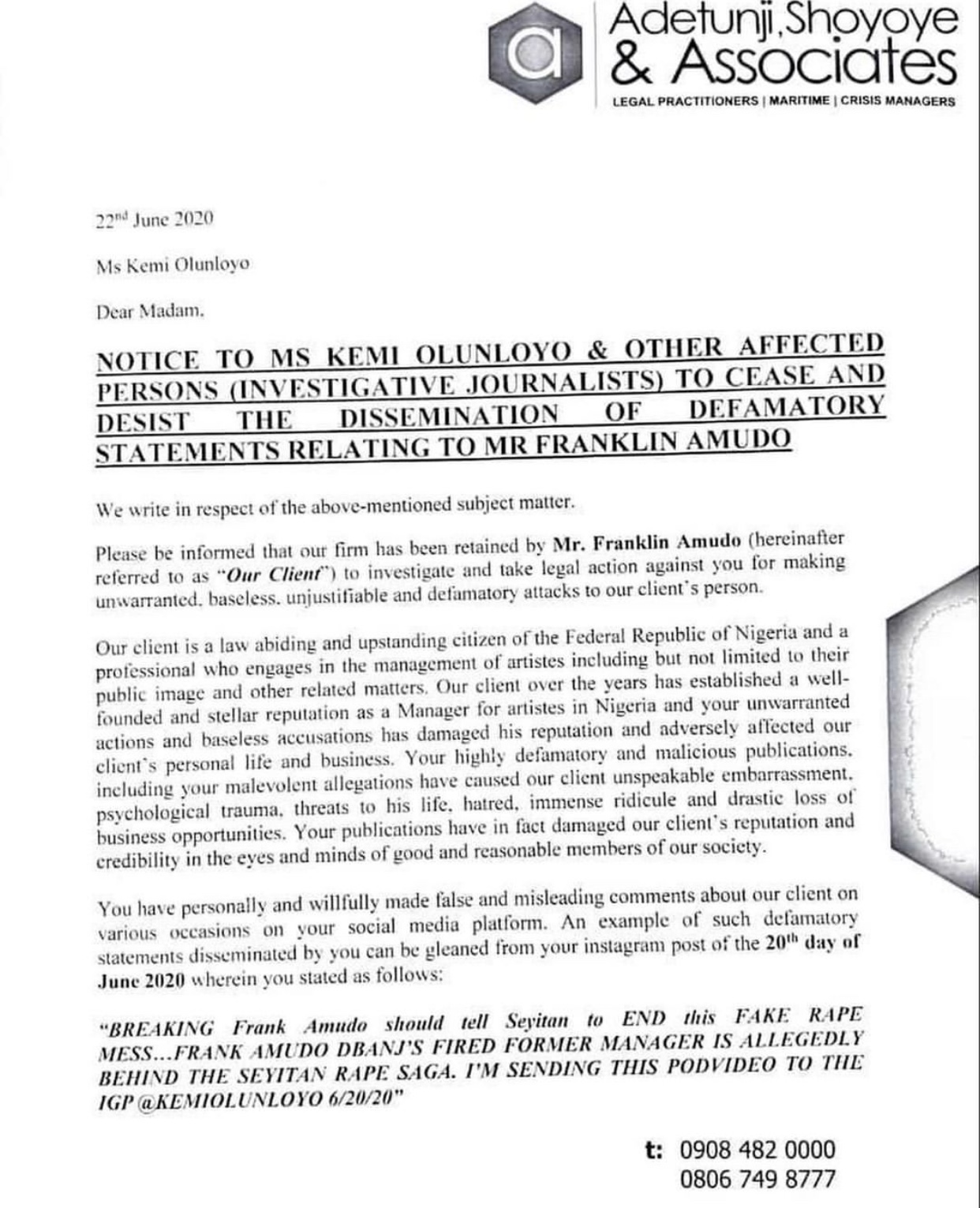 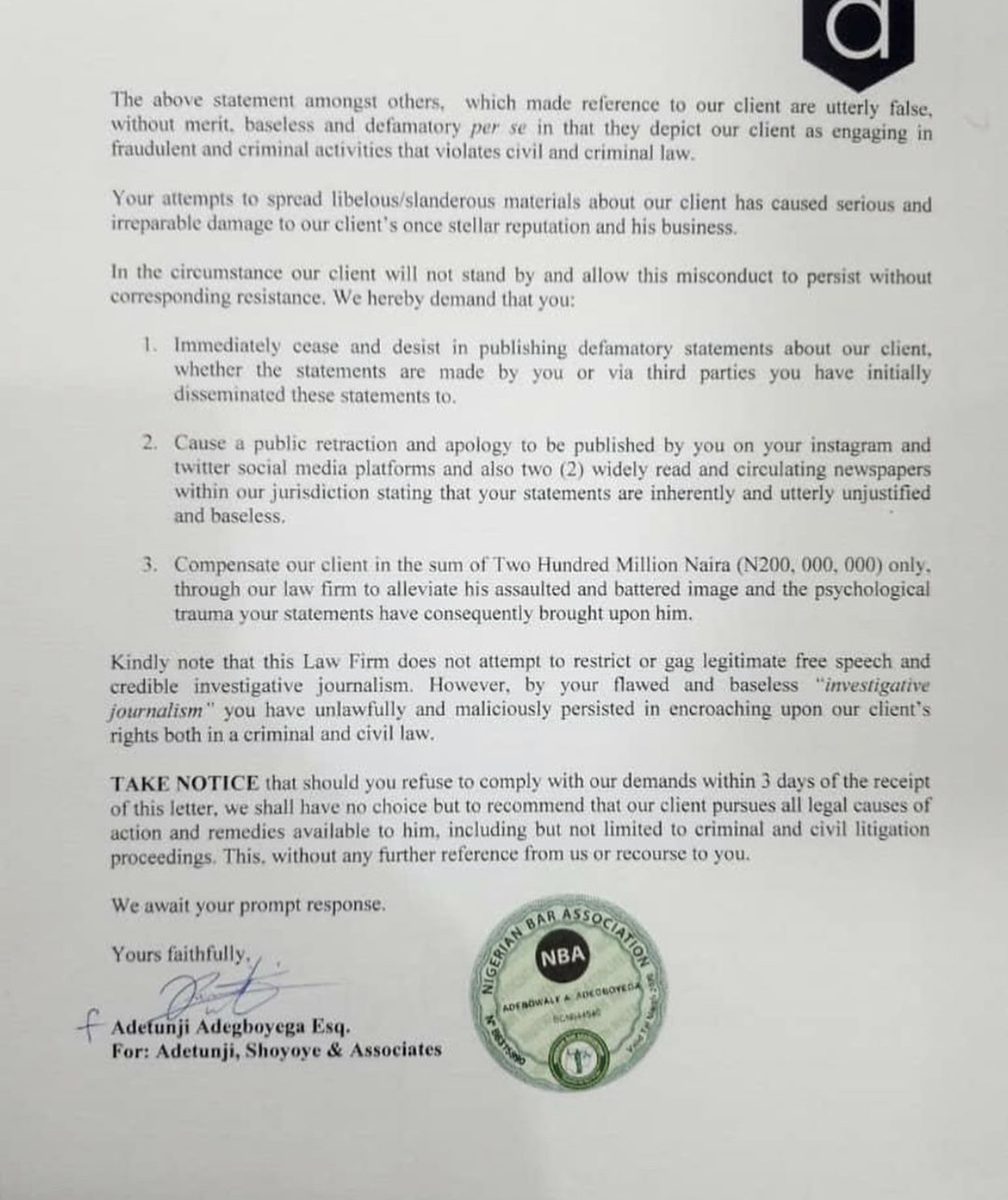