Dear Amber Rose, You are a Whore Not A Feminist

Amber Rose…Activism is a noble cause not a strip tease show.

Celebrating the anniversary of Slutwalk; a feminist movement she started in 2015 –she chose to grace the entire internet and ergo the whole world with a picture of herself on Instagram to honour all women who have been judged and demeaned for their sexual behaviour.

For the record it wasn’t just any photo….It was a unique one; a nude, scantily clad Amber Rose showing her well oiled body for the whole world to purview….She was lying on a set of stairs wearing a choker, black fur coat, black bikini top and literally nothing else.

Apparently, the picture has thrown the internet into a bit of a frenzy with causing it to be deleted by the social media platform, Instagram, a move that was quickly slammed by Rose.

Err…Miss Rose, that move by the platform did you a whole lot of good….

Consequently, She again took to Instagram, to post a video of herself rolling her eyes, captioning the frustrated video; “When Instagram deletes your fire ass feminist post but you really don’t give a f**k because everyone picked it up already #amberroseslutwalk #bringbackthebush”.

For Amber Rose, her Instagram pic was a slap on feminism’s face….One that may hurt the feminist movement in more ways than one.

Already Nigerian woman have started chastising her for her post, and the comment thread may already rival the Great Wall of China in length.

The majority of the Nigerian-owned comments condemned her outrightly as not being feminism and this could have only been possible largely due to divide that exists between the icons of feminism Chimamanda Adichie and the american model.

Lets take a look at some of the comments left behind by her Nigerian followers. 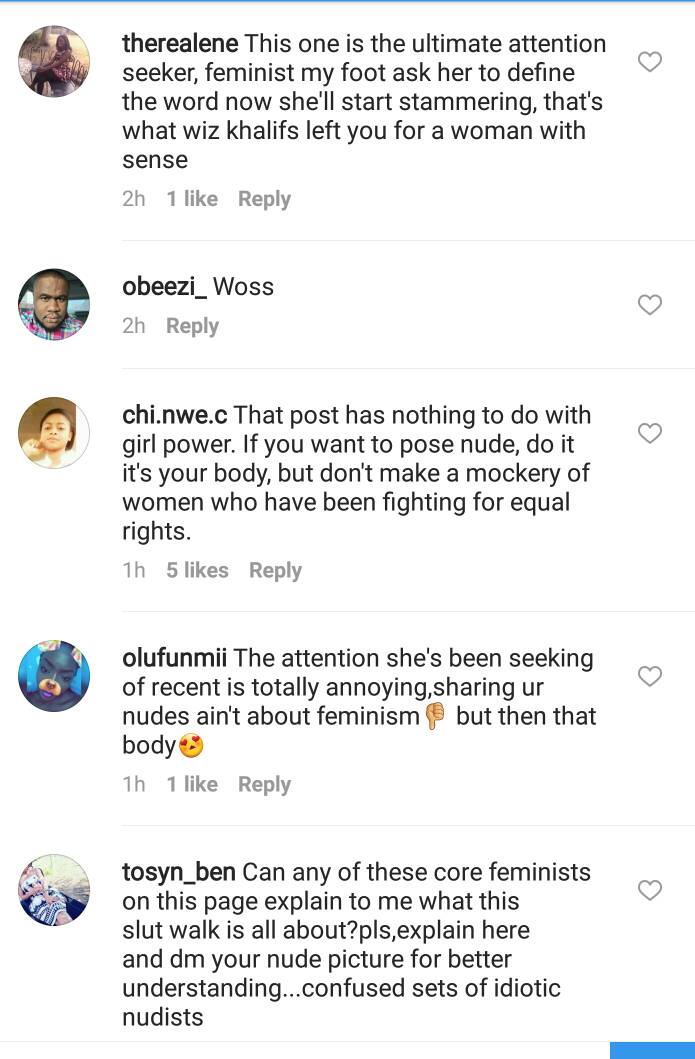 Comments flying in are evidently not in support of her brand of feminism, labeling it borederline whoredom. 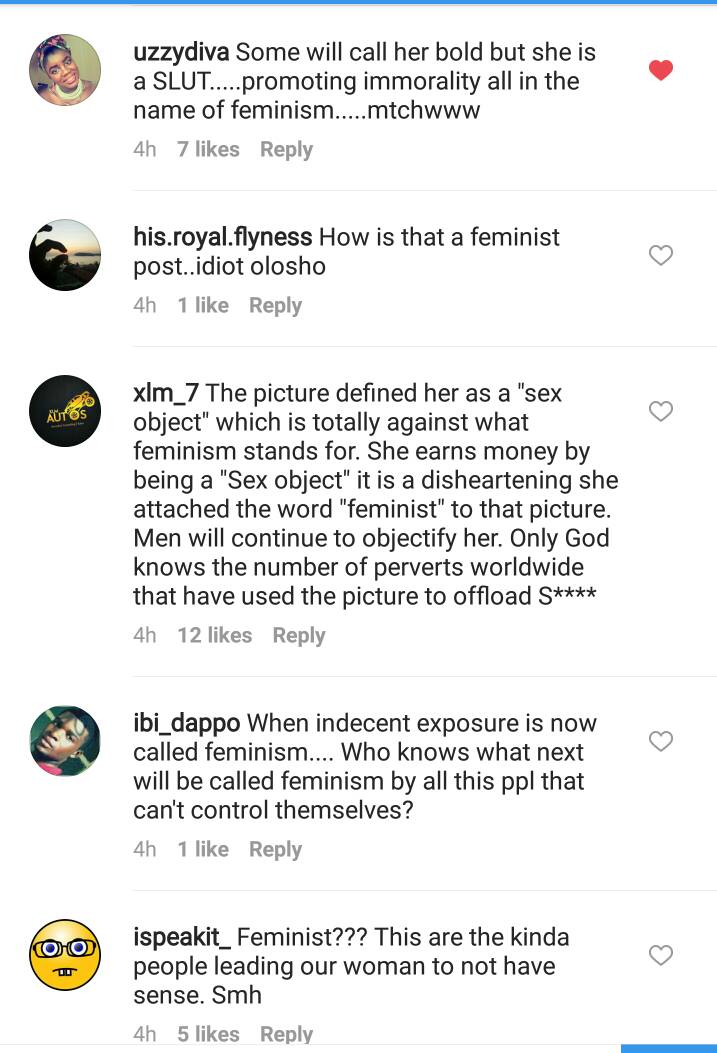 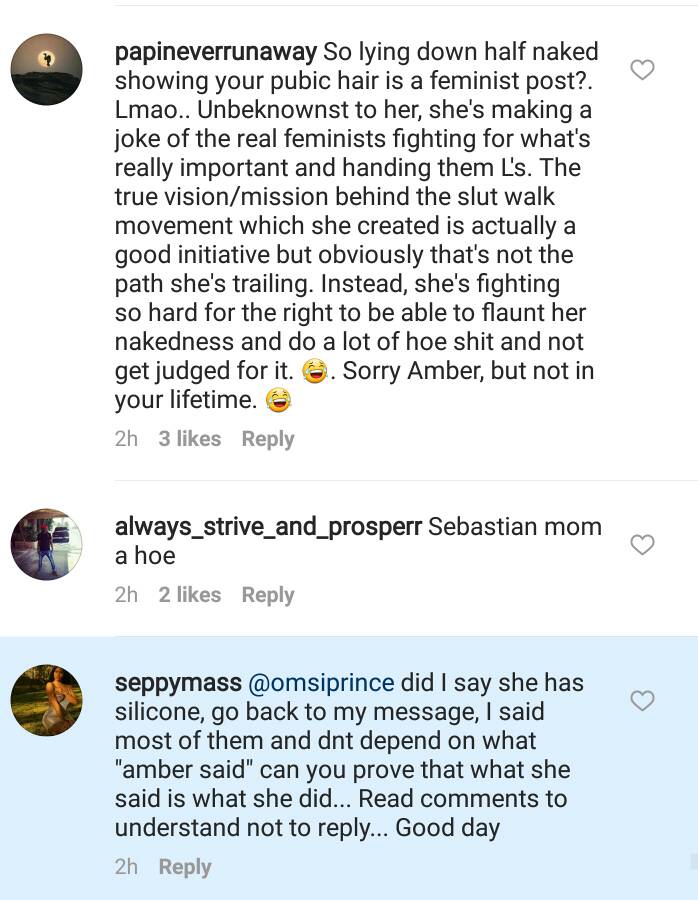 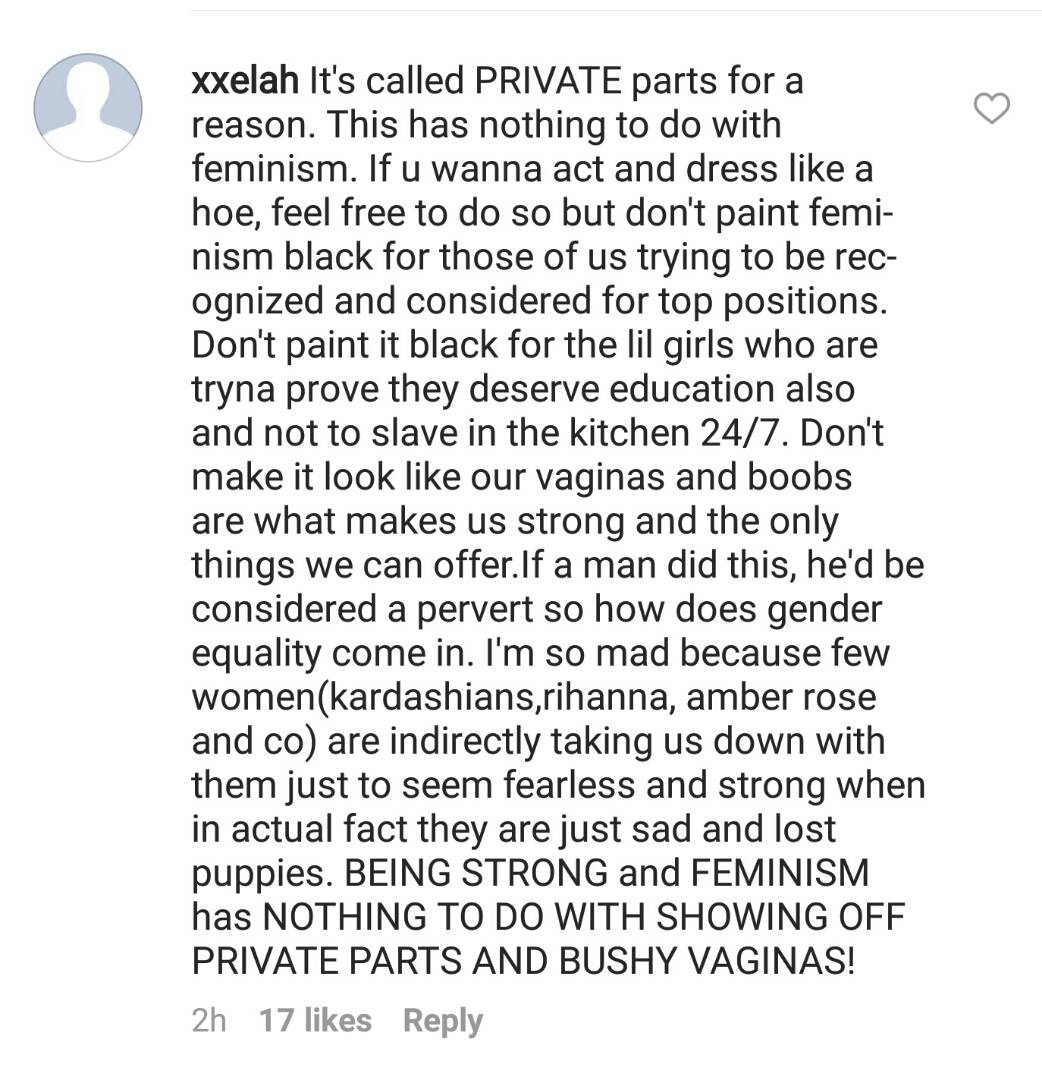 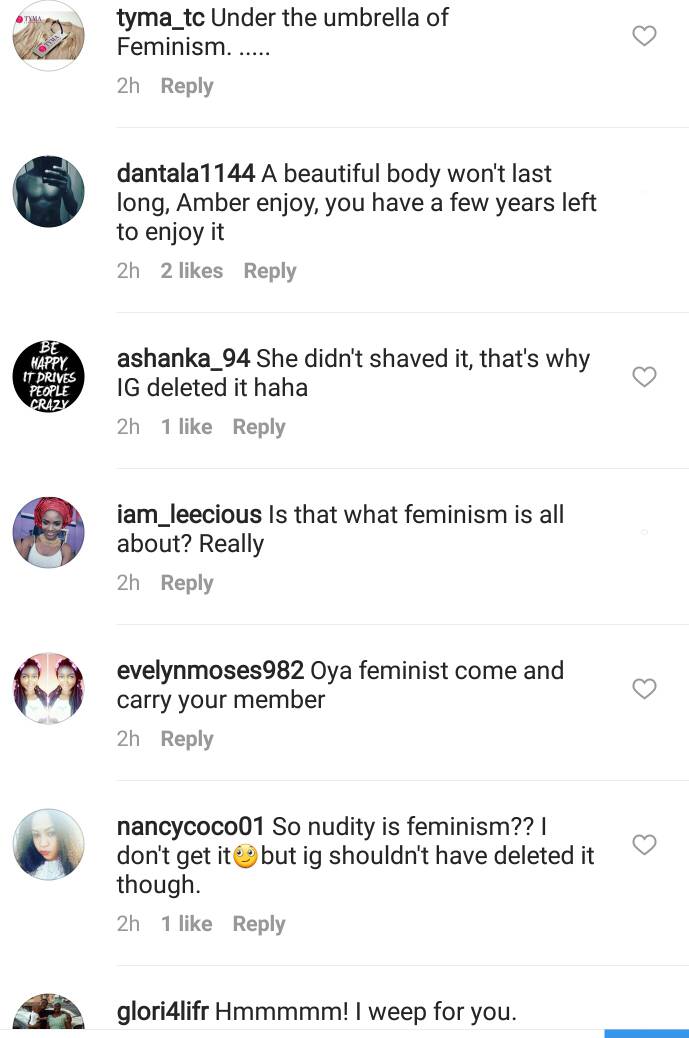 Every single screenshot of comments had the same thing in common; condemnation for the post.

Amber Rose may have to go and get mentored by the likes of Beyonce and Chimamanda for her to get her orientation of Feminism right and not destroy what ever legacy the real feminism is trying to put in place.

Amber Rose Sets The Internet On Fire With Nude Photo

Nigerian Economy: Between The Federal Ministry Of Deficit And Debt, And The Central…