78 days after he led a protest in Abuja, Deji Adeyanju has met his bail conditions and regained freedom.

He was initially apprehended on November 28th last year. Although he was released in December, some other police officers who were hanging around the Keffi Federal prison arrested him again. 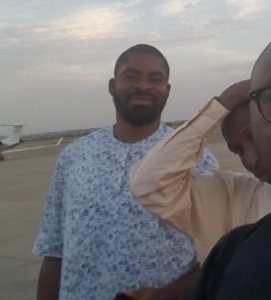 He was then re-arraigned for offenses such as Inciting Disturbance, Cyber Stalking, and Criminal Defamation. The court later granted him bail on 6th of December but he was only able to meet it on March 1st, 2019.

Man rips off his fingers while arguing with his wife